They never let go of the State they captured 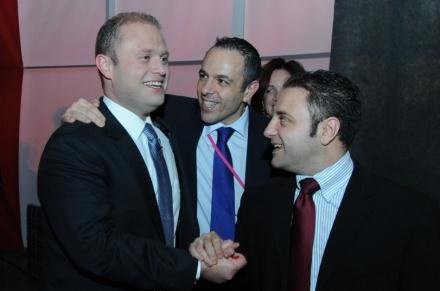 The police and the prosecution service are attempting to persuade a court that Keith Schembri and his associates committed a list of crimes in the Allied Newspapers imbroglio that included defrauding the State entity Malta Enterprise.

Some of the money to pay for Allied’s new printing press came from taxpayers. An internal Malta Enterprise report seen in court says that to justify the funding Malta Enterprise needed “to close both eyes and stretch imagination”. Do they do this often? They did it in the case when the money they would spend would settle invoices issued by the Kasco group.

That public money then went into Keith Schembri’s pockets and was sloshed around accounts belonging to his accomplices. This happened while Keith Schembri was prime minister’s chief of staff, someone who could persuade Malta Enterprise “to close both eyes and stretch imagination” merely by looking at them.

Where’s the fraud? The price of the equipment was inflated, meaning that the share paid by Malta Enterprise to subsidise the deal was inflated as well. The cost charged to Malta Enterprise also included consumables which are against the rules. The fraudsters covered up consumables misrepresenting them in the paperwork as fixed assets taking public money they were not eligible to.

OK, so we have artificially inflated prices and misleading invoices: dictionary definitions of fraud.

But the guys at Malta Enterprise brought to testify in court are saying they’re seeing no fraud. The police see fraud. The inquiring magistrate saw fraud. You and I see fraud. But the victim of this fraud – the organisation whose money was pilfered – says it isn’t seeing it.

You can see what’s happening here. Malta Enterprise is run by the over-paid, under-performing, Kurt Farrugia, who for years was the third Castille stooge alongside Keith Schembri and Joseph Muscat.

The Directors of Malta Enterprise that are supposed to oversee Kurt Farrugia include Victor Carachi, master of ceremonies at the informal branch of the Labour Party, the General Workers Union. There’s also Dana Farrugia who used to be Chris Cardona’s secretary. One day Chris Cardona must have discovered deep, deep within her some hidden skills which, once unleashed, ignited her meteoric rise to the top of a public-private partnership between the government and the Malta Chamber of Commerce that no one has heard from in months. There’s also Deborah Schembri who doesn’t have a day of experience in business to her name but needed the gig at Malta Enterprise to complement her several other consolation prizes for losing her parliamentary seat.

These people are required by law to protect the interests of Malta Enterprise and to safeguard the way its money is spent. The law firmly assigns “the affairs of the Corporation (to) the responsibility of the Board”.

Contrast the conduct of the Directors at Malta Enterprise with the board of the organisation which is the other victim of this crime: Progress Press.

Progress Press reacted to the documented realisation that emerged at the end of the inquiry by announcing it would sue Keith Schembri and his accomplices that used to work for them to recover the money they bamboozled from them.

On the other hand, Malta Enterprise has given no signal that it will sue to recover its share of the money, defrauded by the same people, using the same methods, as the money taken from Progress Press.

Why? Firstly, because the money is yours and they never really cared for it.

Actually, they’re doing worse than that. The quality of the testimony being given by Malta Enterprise officials in the case against Keith Schembri, Adrian Hillman et al shows a remarkable lack of cooperation with prosecutors and the police. They are acting in a way that undermines the case. They are giving the defence teams opportunities to represent Keith Schembri and his accomplices as victims here because the real victim – Malta Enterprise – says they have nothing to complain about.

If Malta Enterprise belonged to you and the employee who had decided to “close both eyes and stretch imagination” was now saying in court in the case against the people accused of defrauding you that they saw no fraud, your suspicion would beg itself. You’d have to suspect your employee is either covering up their negligence or had been on the take all along.

Either way, you’d fire their ass and start working on recovering the money that employee decided to spend on your behalf in a scheme the police and an inquiring magistrate have already determined to be fraudulent.

You would not wait for the conviction of the perpetrators because you’re not their judge or jury. You would safeguard your interests in a civil courtroom; you would investigate internally how and why your money was spent; and you would take all measures necessary to ensure eyes are not closed and imagination is not stretched when your money is being spent.

It is encouraging to see prosecutors and police investigators work to bring to justice people who like Keith Schembri have conspired to steal from us all. But when you see what’s going on you understand better the fear they have lived and continue to live under. Because it is not just up to prosecutors and police officers, or even magistrates and judges. The State is far bigger than that.

And at Malta Enterprise, Keith Schembri is the State.

I dare you to keep down your lunch