How do you spot a criminal gang when you see one? What sort of crimes come into your head? Drugs, bribery, corruption, extortion, fraud, armed robbery, guns, bombs, money laundering, cryptocurrency, murder?

And where do you begin when there are so many pigs at the bloody trough? If all animals are equal but some are more equal than others then we could start at the lowest rung which, in the Alice and Wonderland style of criminal hierarchies, might turn out to be the top. It’s difficult to say when the gangsters are all in it together.

In terms of political pecking order, Rosianne Cutajar is currently near the bottom. Her boyfriend was recently caught sniffing around in public toilets filming his mate sniffing around with coke. Nothing to see here though as a nifty little voluntary drugs test swiftly revealed both her and her partner to be as pure as the driven snow. Lucky, eh, because when she was appointed to spearhead the government’s drugs reform push by Robert Abela, the Continuity Tzar, the announcement in Malta Today showed Cutajar proudly walking into the Palace in Valletta hand in hand with her Tarantino-style squeeze, Daniel Farrugia. The accompanying video also features Farrugia loitering in the background like her minder. 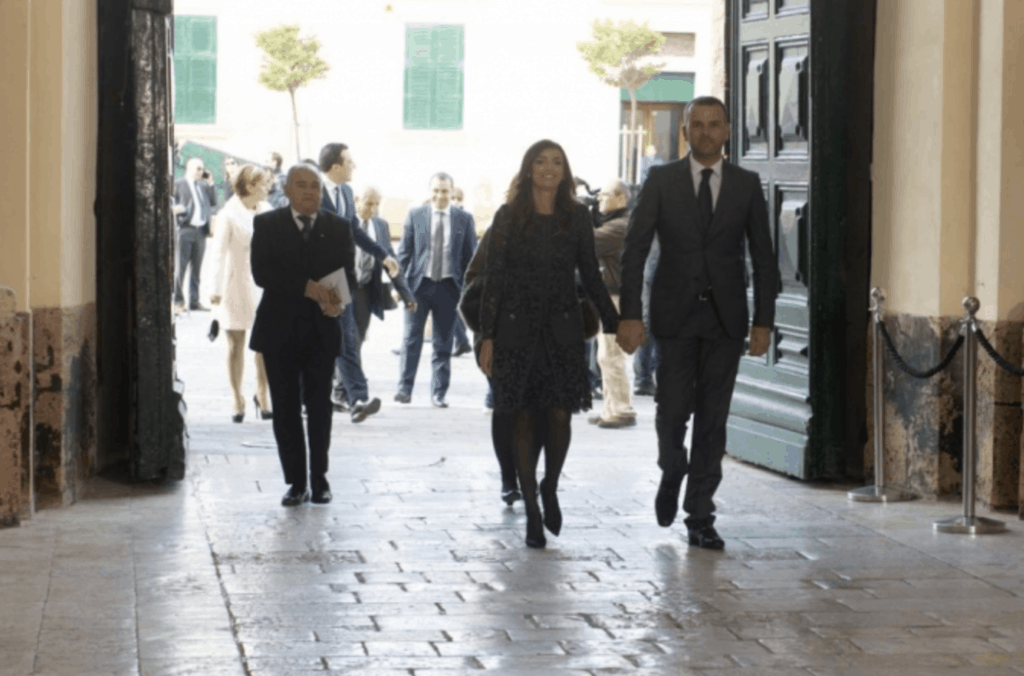 By the time Farrugia’s cheeky little video started doing the rounds on social media, Cutajar had already lost her leading role in the drive to legalise recreational cannabis, forced to resign. at least temporarily, her ministerial position in disgrace when her previous antics with a male friend were revealed.

Ogling at more money than she’d ever seen in her life, Cutajar took €46,500 in a bag under a table as part of a deal she was ‘brokering’ for Yorgen Fenech, and this while he was known to be a suspect in the assassination of Daphne Caruana Galizia. Then she took another €9,000 because the trough is never empty, or big enough.

Talking of questionable taste in boyfriends, there’s Justyne Caruana, estranged wife of Silvio Valletta, the former Deputy Police Commissioner who allegedly leaked information on the investigation into Daphne Caruana Galizia’s murder to the people he was supposedly investigating. He also went on football holidays with Cutajar’s mate, Yorgen Fenech, and played the fool in his Rolls Royce. But that doesn’t mean his wife knew what he was up to. Soon after her resignation, she was back in Parliament because, according to the Continuity Tzar, ‘she’s capable and she deserves it.  Who needs evidence when it was ‘crystal clear’ that she didn’t have a clue about her husband’s potentially criminal activities and who knows what your hubby’s up to when he’s on a weekend away with the lads?

Evidently heartbroken, Caruana did what many people do after a marital breakdown and turned to someone else to fix things. Following in the footsteps of Cutajar, her choice of men leaves a lot to be desired. Oh, and just in case you think this is getting a bit personal, these are public figures in positions of public authority paid for by your taxes. They are there to be scrutinised. That’s what they signed up for.

Presumably, Caruana’s new friend also signed up for a lot of things during his career as a professional football player, including being let out of jail by Ian Borg – the Transport Minister who massacres trees – so he could play a match while he was under arrest for threatening his then wife and walking around with a firearm.

Why cast doubt on your new friend when all he got was a slap on the wrist for serious charges of domestic violence? As with her estranged husband, taking people at face value is all well and good but while crying on Bogdanovich’s shoulder, Caruana tossed a whopping great direct contract his way – €5,000 per month – more than 5 times the minimum wage in Malta. After some public outcry, Robert Abela magnanimously stepped in to calm things down, scrapping the direct contract but leaving Caruana in place as the Education Minister.

Things didn’t stop there though. Less than 2 months later, she filed a criminal complaint against her new friend’s ex-wife and her sister, accusing them of stalking her. Although later withdrawn, it is worth remembering that ‘the police inspector who issued the charges, Josef Gauci, is also the brother of Caruana’s assistant private secretary at the education ministry, Steven Gauci, a person of trust.’

More of this incestuous fraternity emerges when you take a look at Bogdanovich himself. As Malta Today noted back in 2016:

‘Crucially for Bogdanovic, Xewkija Tigers is perhaps one of the most politically connected football clubs on the island of Gozo. The present Gozo minister, Anton Refalo, had lent his support to the club as a bank guarantor for the acquisition of the Xewkija Tigers football club premises. MaltaToday is not suggesting Refalo is involved with the controversial release of Bogdanovic.

Additionally, Xewkija Tigers’ current coach, Jesmond Zammit, is the head of secretariat of the parliamentary secretary for EU funds, Ian Borg. MaltaToday is not suggesting that Zammit is involved with Bogdanovic’s release from arrest.’

While not suggesting that anyone is remotely involved in anything remotely illegal, if you’re in a criminal organisation, it does pay to be connected. Ian Borg has already been cited as a link and a pretty central one. In between butchering every tree still begging for its life, Borg nips off for a quick pint with a man with known psychiatric problems, getting the guy completely rat-arsed making it that much easier to get a nice chunk of land off him. He remains Minister for Transport, uprooting dangerous natural obstacles in the way of those 400,000 cars on this tiny island. 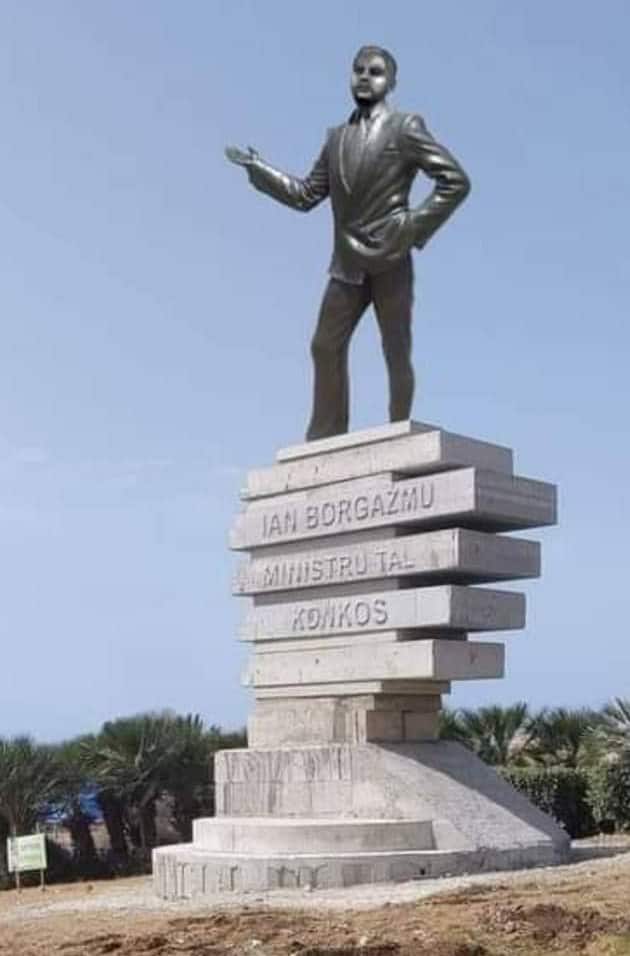 Others are perceived as having chosen to take the easy option and use their position in a bank to facilitate a heist in which armed robbers used electronic access cards to get into the HSBC, cards handily provided to them by someone who worked in the bank. Carmelo Abela, the Minister for Social Dialogue and a whole bunch of other stuff, has been named by the Degiorgio brothers for his involvement in the heist, the same Degiorgio brothers charged with the assassination of Daphne Caruana Galizia.   The truth of all this has yet to be verified but a sitting minister faced with such accusations doesn’t look good.

In a fit of forgetfulness, he couldn’t remember being questioned by the police first time round or testifying in court or saying that yes, he had access to a machine used to generate access cards. Then he suddenly regained his memory but said that it wasn’t him being questioned but merely him in disguise as some anonymous representative of the bank, aka the frickin’ insurance manager.

You’ve got to laugh and the journalist, Stephen Grey, did just that, capturing the absurdity of the overall situation beautifully in his tweet:

To summarise this everyday story: A minister in Malta’s government is denying accusations made separately by the 3 alleged hitmen accused of killing journalist Daphne CG that the minister, a former HSBC manager, conspired with gangsters to rob the HSBC headquarters. https://t.co/IYEMqyqcav

Robert Abela (no blood relation but we’re all in the same family here) still refuses to sack him. Can’t think why but, and especially as Prime Minister, Robert Abela can’t be too comfortable with the involvement of certain people in the saga.  Vince Muscat, the only person who’s so far been sentenced for the assassination of Daphne Caruana Galizia is one of these people.

Daphne’s name keeps coming up, doesn’t it, in every bloody story?

The Agius Brothers (always brothers, isn’t it?) were amongst the 10 people originally arrested in relation to the assassination in December 2017. Despite being well-known figures in the criminal underworld – described as ‘untouchables’ by police sources – tal-Maksar, as they are affectionately known, were left to go about their business allegedly trafficking drugs, commissioning murders, supplying bombs and Christ knows what else. Robert Abela acted as their lawyer on certain matters between 2012 and 2016.

For the Continuity Tzar, this posed no conflict of interest when he presided over January’s cabinet meeting resulting in the refusal of Vince Muscat’s pardon request. Muscat was expected to name tal-Maksar, Abela’s former clients, as criminal accomplices in his pardon application, but ‘I do not abdicate my responsibilities,’ Abela said.

Likewise, Carmelo Abela’s later decision to remove himself from the Cabinet’s decision not to grant a pardon to the 3 alleged hitmen this April was heralded as some kind of benevolent act, bombastically defended by Malta government:

“In light of the baseless allegations by [PN MP] Jason Azzopardi, and the ensuing libel proceedings, the minister decided to recuse himself. Minister Abela said he took this decision despite lack of statutory – or any other – reason to do so, but only to avoid any doubt over the Cabinet’s impartiality or its work.”

Impartiality? How many government ministers do you know who’ve been accused of participating in a bank heist and how many Prime Ministers have acted as lawyer for two alleged bomb-making brothers now charged with a major assassination by car bomb?

Good job we’ve got Judge Catch-22 Grixti on hand to help out with that funny business surrounding Abela’s mate, Carmelo. Last week, Grixti deferred the HSBC heist trial indefinitely on the grounds that a new witness – Melvin Theuma, self-confessed middleman in the assassination – has still to testify about the crime. This is the same Judge Grixti who prevented further investigations into Konrad Mizzi’s alleged money-laundering activities and overturned a magisterial inquiry into the Vital Global Healthcare deal in which Mizzi is embroiled.

While Chris Fearne, Deputy Prime Minister and Health Minister, claims to be absolutely oblivious to and outside it all, Vitals also implicates Edward Scicluna, the former Finance Minister, and Chris Cardona, the former Economy Minister who self-suspended himself and who has been fingered (by the Degiorgios) as having devised a plot to kill Daphne prior to the one that did. No arrests have been made. Yet.

It is beyond imaginable that so many government ministers, past and present, could be linked to so many acts of criminality and we’re only just scratching the surface here. There’s Owen Bonnici, now in a newly-created ministerial position, guilty of violating human rights for removing the protest-memorial night after night. There’s Clyde Caruana (unelected Finance Minister) who not only fiddles around with the Community Workers Scheme and the GWU but covers up for disgraced former Chief Executive, Joseph Cuschieri, who went on an all-expenses-paid-for holiday to that gambling mecca Vegas courtesy of Yorgen Fenech.

We’re never far from Daphne, are we?

Shortly after her assassination, Malta rebranded itself as Blockchain Island and it was Clyde Caruana who seemed to piss on Silvio Schembri’s roses. Going all out for cryptocurrency heaven, 2 years and a bucket load of scandals later, traditional banks refused to get on board. All those hip-hype crypto companies disappeared into the cyber ether from whence they came. Let’s hope crypto.com does the same. Silvio Schembri, by the way, is Minister for the (Gambling) Economy.

Meanwhile, Aaron ‘Brown Wall’ Farrugia, aka Minister for the Environment, gives Jason Micallef’s green fingers a run for their money. Jason Micallef, in his position of V18 Chairman during Valletta’s most corrupt European Capital of Culture, mocked Daphne Caruana Galizia after her brutal murder, attempting a semi-literate ‘parody’ of Daphne’s final words. 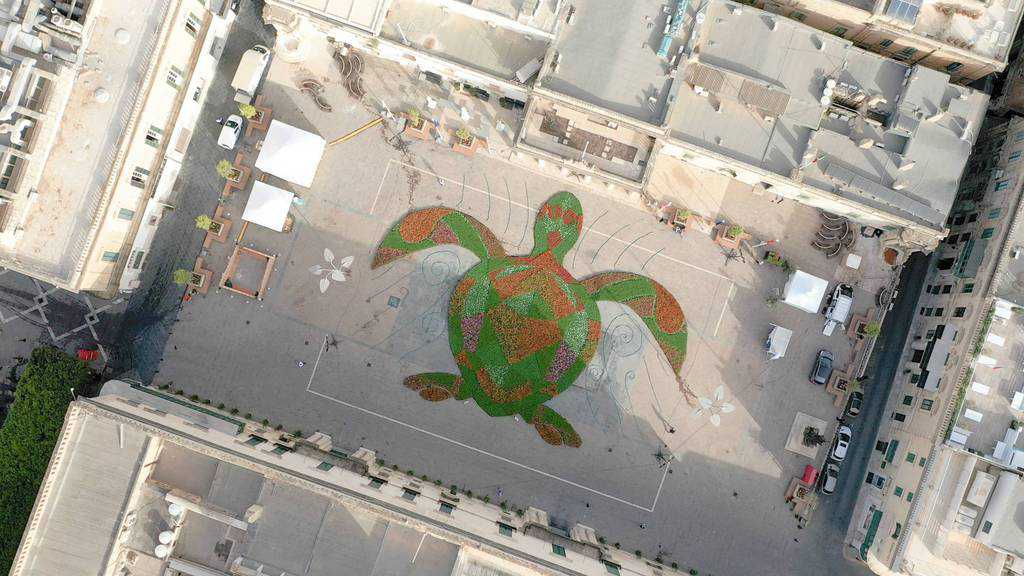 Jason Micallef’s horticultural monstrosity was just down the road from Daphne’s protest-memorial as are his unsightly tubs.

As Daphne wrote back in 2016, ‘The country has been taken over by the criminal underworld.’

Daphne was right and so they killed her. Daphne was, and is, always right.