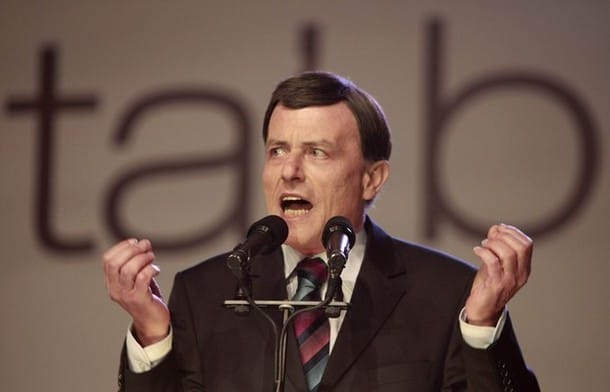 Alfred Sant waved off the Daphne Caruana Galizia inquiry like a whiff from an open sewer. He criticised the inquiry for shallowness and partiality while he treated its dozens of recommendations and pages upon pages of analysis backed by hundreds of hours of evidence with 80 words on Facebook borrowed mostly from his shallow and repetitive rhetorical history.

The comparison with the passing stench of sewage can be stretched a bit. Alfred Sant’s point was that Joseph Muscat did not invent bad governance. He just learned from the twenty years that preceded him that bad governance can be useful if you’re inclined to do that sort of thing.

Joseph Muscat would have got his CliffsNotes from Alfred Sant whose secretary he married in one of those dynastic moves that would promote Muscat too rapidly and too undeservedly. Alfred Sant campaigned for Malta to stay out of the EU on the explicit basis that membership would force us to comply with governance rules we would do better to avoid. Challenged on how he expected the country to still suck out the benefits of membership while rejecting the concomitant obligations, Alfred Sant replied in words that will remain immortal.

And then, in the Valhalla of succinct intellectual endeavour the immortal and exquisitely untranslatable words spoken by Alfred Sant that time echo for eternity: “Inbażwru naqra ‘l hawn u nbażwru naqra ‘l hinn”.

When he said that, on national TV no less, he synthesised for us, in iambic hexameter, the promise of corruption, bad governance, and moral ambiguity in public office as a political mission. He knew just which erogenous spots under the electorate’s armpits the promise of official tbażwir would excite.

Reducing the inquiry’s findings to reverse penis envy, where two political parties snipe at each other insisting that their rival’s is bigger than theirs, is just the sort of thing that would benefit the admirably well-endowed Labour Party.

Joseph Muscat had hinted like a man-whore on the prowl once that you could say he had three legs. The inquiry finished the job that Daphne started of stripping him off his pants and exposed hanging there an enormous bażwa. Either my English language or my medical knowledge is unequal to that term but the dictionary says it translates as hernia. Grotesque and criminal corruption would be closer to the mark.

The point here, though Alfred Sant will no doubt disagree, is not that the Nationalists were or were not pure. The inquiry was not issuing paleopathological virginity tests to Gerald Strickland, Dom Mintoff, and Eddie Fenech Adami.

The point here is that for the first and hopefully the last time in Maltese history in Joseph Muscat’s time, under his watch, and as a result of his malicious intent, bad governance had got to such a point that it could and it did take away the life of a journalist seeking to expose it.

During the 20 years Alfred Sant laments about, he campaigned to expose bad governance in the administration he opposed. On some of the things he said, he even turned out to be right. On some others, he wasn’t. In one case he conspired to help the mastermind of attempted political murder to be wrongly acquitted by a court.

He never faced a prime minister, like Simon Busuttil had to, that threw at him all forms of baseless allegations and innuendos to the point where he told him in open Parliament that once secrets that he knew (and turned out never to have existed) would emerge, Simon Busuttil would have to escape the country. I never saw Eddie Fenech Adami and Lawrence Gonzi spill mock tears on stage pretending to be the victim of the grand larceny they turned out to have perpetrated. That’s because they never did that. Joseph Muscat did.

During those 20 years, Alfred Sant ghost-wrote books for his lackeys to sign, people like Glenn Bedingfield, Joseph Muscat, and Joe Mifsud. None of them faced anything like the persecution Daphne suffered for her writings. And, perhaps a significant detail, they’re all alive.

During those 20 years, independent journalists exposed stories of corruption which showed that indeed corruption existed. But the stories exposed resulted in resignations, arrests, and prosecutions. The journalists walked away with awards.

So yes, of course, varying degrees of imperfection in governance during the 20 years before Joseph Muscat, in the hundred years, in the thousand years before him, existed.

The bit that Alfred Sant needed to read from the inquiry to find something that did not exist during the years before Joseph Muscat is the extract under the headline “The connection between the assassination and the collapse of the rule of law”. There Alfred Sant would find the unprecedented.

Here is a choice quote for his delectation:

From the very start, the Board faced facts and situations that tie the assassination of the journalist Caruana Galizia to serious failures of the State’s institutions. The institutions failed to act in a correct and timely manner not only to prevent the murder but to promptly and appropriately investigate the facts that emerged from her writings. As evidence emerged that powerful elements in the public administration could have been involved in illegal activities that the journalist was investigating, it became clear that her murder and the serious allegations of abuse of power, unlawfulness, and corruption perpetrated elements at the heart of the public administration were tied together.

Find me anything like that in the 20 years before Joseph Muscat, Alfred Sant, and the nearest you may get to it is your conduct before and during the trial of Meinrad Calleja.

Perhaps you’re right, Alfred Sant. The inquiry should have given you some credit.