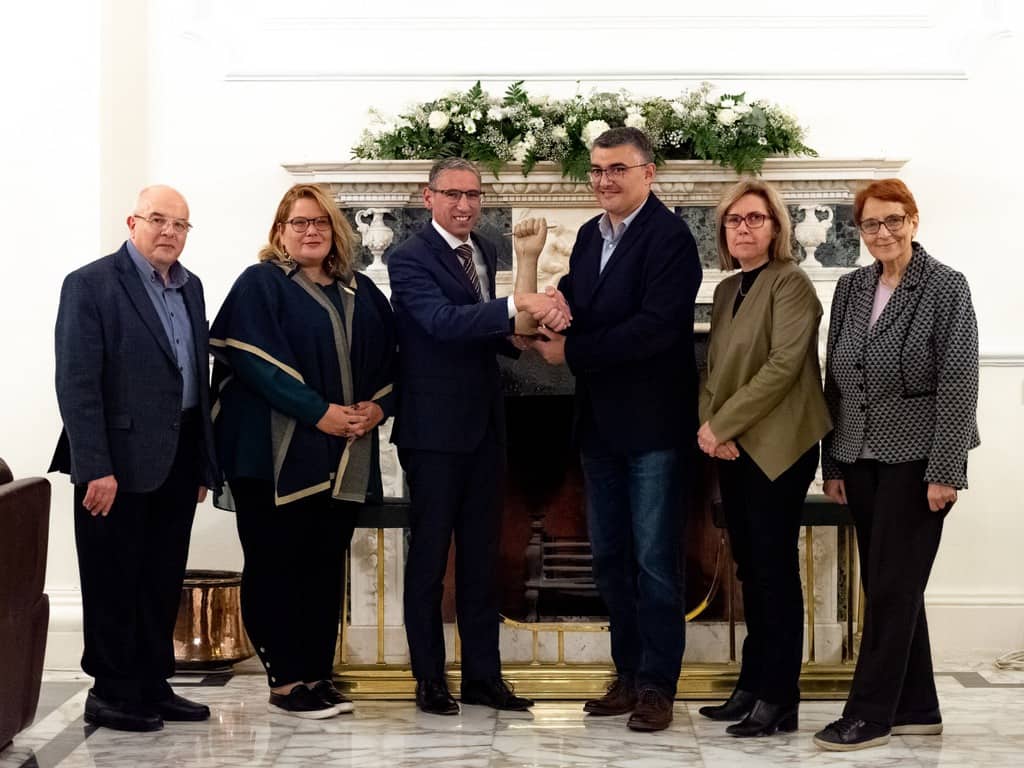 Artist Kevin Scerri has donated a copy of his Press Freedom Sculpture to Repubblika in recognition of its efforts to promote press freedom. At a presentation event, Mr Scerri said that “the Press Freedom Sculpture is being awarded as a token of respect, a sign of recognition for the work done, and as an inspiration to continue this fight that the country, and journalism in general, needs.”

“This has been an extraordinary year for Repubblika. Their members, even more than usual, have shown uncommon courage and determination in the face of threats and risks; despite COVID measures, their work has been unceasing and relentless. Despite threats, they have risen to the challenge and made themselves a beacon of light and hope in the face of adversity. May those who look at it be inspired to be as courageous as Daphne Caruana Galizia was, and to continue the fight to uncover the truth that she paid the ultimate price for.”

The award was established after the assassination of Daphne Caruana Galizia. Artist Kevin Scerri said that “I was also inspired by her, but I am not a journalist, public speaker or anything of the sort – my intention is just to encourage those who have the guts to fight criminality.”

The original version of the Press Freedom Sculpture is being permanently exhibited in the Press Room of the European Parliament in Brussels, having been donated to the former President of the EU, Antonio Tajani, in May 2018, thanks to the help of Dr Roberta Metsola and her team.

Previous:We have no Parliament
Next:How not to teach children about oral health