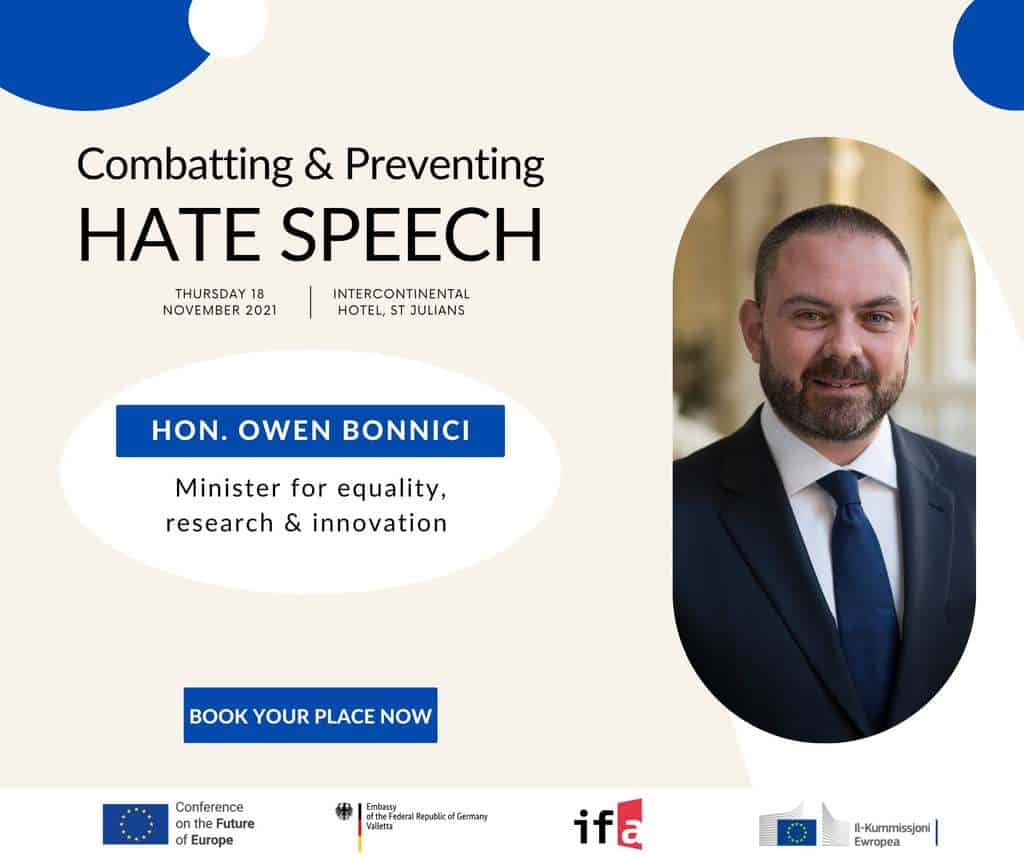 Owen Bonnici is going to teach us about how to avoid hate speech at an upcoming conference. We knew he was all for a tolerant society built on mutual respect, particularly respect for people you disagree with, every one of those over 500 bloody times, that he ordered the removal of our protest in front of the court demanding for justice for Daphne Caruana Galizia.

We are reminded of his commitment to free speech every time we recall that he was kicked out of the Justice Ministry so that his replacement could put a stop to that madness.

I am reminded for his arguments to a court in a case I brought against him that he felt he needed to censor our protest in the interest of public order and harmony. If I could finish his sentences I would say he meant that he felt everyone was entitled to opinions his supporters approved of, otherwise they needed to shut up.

I am reminded of how his actions and policies enabled and empowered thugs and bullies to repeatedly harass protesters. My wife wasn’t the only one to be physically assaulted and have her property destroyed near the memorial by thuggish fans of Owen Bonnici.

Owen Bonnici speaking out against hate speech is like Genghis Khan lecturing us on world peace.

And this is a message to whoever chose him as a suitable candidate to speak at this conference. You enable him the way he enabled the violence, the vitriol and the unbridled hatred of his party’s supporters. You should know better.