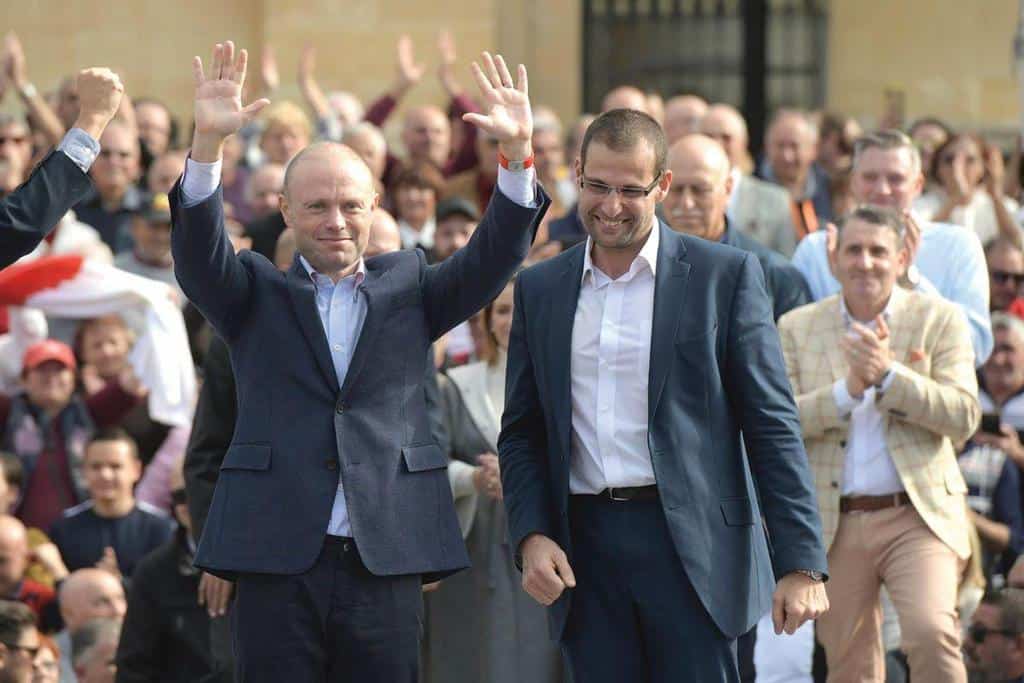 Read this Lovin Malta report of another point brought up by Robert Abela yesterday. He told business owners being “terrorised be institutions” to speak to him directly over WhatsApp or some other way that would avoid a paper trail so that he could defend them from the government of which he is chief executive.

I mean, can you believe this?

The country’s prime minister takes the stage to tell people in trouble with the law not to worry because he will intervene on their behalf to slow law enforcement down.

You know what he’s talking about. If you’re caught dodging tax, if you’ve ignored anti-money-laundering rules, if you’ve breached your clients’ privacy by stealing or sharing their personal data, if you’ve flouted conditions of planning permits, if you’ve put the lives of your employees at risk by not implementing health and safety measures, if you’ve left your employees in the lurch by pocketing the national insurance and tax you’ve deducted from their salary, if the police are chasing you for fraud, bribery, or some other financial crime, you don’t have to worry. Robert Abela will intervene on your behalf against his own government.

This is how Robert Abela makes sure you’re not dismayed by the fact that he intervened on behalf of Joseph Muscat against a magisterial inquiry into bribery and corruption. This is no special treatment, Robert Abela assures you. All criminals are welcome to cut him in and he’ll use his power to lend a hand.

He has criticised the Opposition’s bill that bans public officials from conducting their official business over private email accounts or WhatsApp. I say criticise. Since he commands a majority in Parliament he has effectively committed to trash it later this week.

He speaks as if this is some idea the PN came up with because the PN hates business owners. For fuck’s sake, there’s nothing wrong with an open help line or email account for business owners to get advice or support from the government. But the only reason there could be to keep no record of their questions and answers is because something needs hiding.

Those are things we know. Allow me to indulge my notorious imagination. Allow me to suggest Robert Abela has been exchanging messages with Joseph Muscat in the days before the police raided Muscat’s house. That they discussed over private communication leaked information from a magisterial inquiry that they should never have had. That they coordinated a response to undermine the investigation. Allow me to suggest the possibility that Robert Abela is against a law that requires him to use official accounts to communicate with criminals because he is using those tools to perpetrate crimes of his own: obstructing justice, leaking official secrets, collaborating with suspects.

The prohibition of work communication over private accounts for people in office and the public administration is near universal. Famously, Barrack Obama whined when he had to give up his beloved Blackberry on his first day in office as US President. Every call the US President makes is recorded. That’s how Donald Trump was indicted when over the phone he pressured the Ukrainian President to start an investigation into Joe Biden’s son in exchange for military aid. And Hilary Clinton went through all sorts of grief when she was investigated for using personal servers when she was Secretary of State.

Robert Abela is the prime minister of this country. His job is to empower institutions to enforce the law equally and fairly. Instead, he is placing himself firmly on the side of people who are not complying with the law.

No one is terrorising anyone here. People who are out of order are, as they should be, worried that they might be facing consequences now that we are supposed to have emerged from the time that institutions would not move for fear of stepping on Keith Schembri’s toes.

If no one worries these people, other business owners out of pocket for complying with the law must surely wonder why the hell they bother.

Robert Abela is promising everyone to go back to the glory days of impunity guaranteed for all to protect the few. Can we call this the collapse of the rule of law when the rule of law was nothing more than a figment of our collective desire to imagine we had it?

I confess in the four years and seven months I’ve been doing this I have never been more disheartened. I have never felt to the extent that I do now the utter futility of the hours I have spent writing the thousands upon thousands of words that I have. Not that I ever thought that by writing them I could in any way change anything or anyone’s view about anything.

But I hoped to be a witness of a process of collective realisation, to chronicle some form of progress where together as a country we learn to tell the difference between right or wrong and our leaders, whether out of conviction or for shame or fear of the public’s indignation, would side in a gunfight between cops and robbers firmly on the side of the cops.

Hearing Robert Abela speak the way he is, mocking the recommendations of the Daphne Caruana Galizia inquiry, undermining the fledgling institutions that dare to come out of their shells, exposing crime-fighters to such risks that the danger to themselves and their families is utterly disproportionate to what they can hope to be allowed to achieve when fighting crime, openly siding with criminals in the State’s effort to tickle them and annoy them, I truly despair.

Some would say I despair because the calculus tells me Robert Abela cannot lose an election if he tried, even if he said these things that would have the leader of a government anywhere in the free world hounded out of office on the same day he spoke them. That’s not why I despair.

I despair because of an altogether different calculus, the one Macduff’s son presents to his mother minutes before they’re both killed at the edge of a sword: “there are liars and swearers enough to beat the honest men and hang up them.”

Robert Abela has worked it out. He looks at Malta and counts business owners that pay their taxes on time and spend all the money they need to spend to stay in line with laws of the land, wait patiently for a planning permit and comply with it when it comes, and make sure their employees are safe and covered all the time. And then he counts business owners who don’t. And Robert Abela knows it’s better for him to work for those who don’t.

We may debate, if you like, whether Malta is a Mafia State. But when you hear your prime minister urge people running from the law to secretly get in touch with him directly so he can protect them, do we need to discuss whether this is a country bereft of ethics?

They say that in a democracy we get the leaders we deserve. Choose what you prefer to believe, that this is not a democracy, or that you’re just standing there waiting for the liars and swearers to hang you.