Malta Today carried an endorsement of Malta’s passport scheme from a Peter Vincent, introduced to the reader as a lawyer at Thomson Reuters.

With that brand name he is introduced as a respectable authority whose endorsement is clearly intended to improve the credibility of the due diligence process conducted by Identity Malta to vet people who are granted Maltese citizenship by paying a million euro. 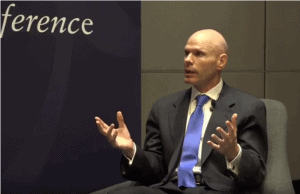 The article is so obviously a strategic placement that it makes you cringe. Firstly it is intended to diffuse the pressure from the European Parliament on the scheme which is rightly perceived throughout Europe as a way into Europe for anonymous millionaires helping at least some of them to dodge taxes or other legal obligations in their own countries.

Malta Today should have dug a little deeper before quoting Peter Vincent as an authority.

Firstly Peter Vincent works for a Thomson Reuters subsidiary that provides paid advice on risk management. This is not Reuters the reputed news agency, but a distinct for-profit organisation.

Secondly Peter Vincent himself is a disgraced former official of the United States Immigratation and Customs Enforcement Agency (ICE). He resigned in the midst of a major scandal that shook the agency when he was the leading culprit of a systematic campaign of gender discrimination, workplace bullying and improper and abusive behaviour towards women, particularly his direct subordinates.

He was one of the star respondents in a major lawsuit filed in the federal courts of the United States by ICE employee Patricia Vroom who accused Peter Vincent of years of abusive, discriminatory and predatory behaviour while he held the office of principal legal advisor for the ICE agency.

He resigned in October 2014 before the conclusion of the lawsuit against the Agency and moved on to the private sector.

His glowing endorsement of Identity Malta’s due dilgence processes before issuing passports to millionaires is timed to deflect persistent questions from Europarliamentarians concerned by security and law enforcement threats to the whole of Europe caused by Malta’s passport schemes.

What will not deflect the pressure is the fact that Malta insists the list of beneficiaries of these passports is kept secret. By admission of the regulator who protected the government’s refusal to reveal the list under a Freedom of Information Act request , publishing the list of new Maltese citizens who paid a million for the privelege, would embarass Malta with other capitals.

Europarliamentarians are also overtly concerned that in spite of any due diligence findings the law in Malta empowers the Minister to grant citizenship even to those who fail due diligence testing, including convicted criminals, wanted fugitives and terrorists.

It would be reassuring to know that Malta Today was not motivated by incentives of revenue when it decided to carry this rather embarrassing endorsement from Peter Vincent.

Previous:The government wants you to think the smuggler did it
Next:The message the bombers sent