Goose stepping our way ahead

Joseph Muscat has finally articulated it. Labour is the ‘law and order’ party of Malta. No one wants chaos and anarchy. But the switch from ‘business as usual’ to ‘ we need to unleash the army’ is quite a change.

The radical re-orientation is likely a response to a shift in public mood which the Labour Party will be picking up post-assassination. The same shift, presumably, that sent Adrian Delia ringing the doorbell at the Marsa Police Station. Whether people think Daphne had it coming or not, the whole country was shaken by that explosion. And no one, not even Daphne’s harshest detractors, thinks the government should be allowing people blow up each other. 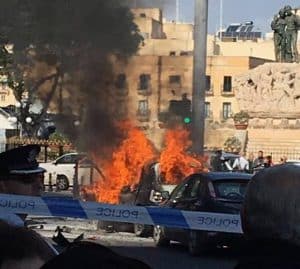 Joseph Muscat will also be mindful of the implication that determining who executed this car explosion may also lead to an understanding of who committed the preceding series of bombings.

No one is comfortable with cars blowing up in traffic. The Marsa and Msida explosions in broad daylight and in full traffic were distinctly unpleasant and knowing the government could have stopped the bombings if they had put as much effort in finding the culprits then as they did now is a political implication even the most faithful can arrive to.

The Commissioner of Police impresses no one. His inability to string a sentence together without provoking giggles is not something the biased and the politically motivated can see. The government has to hide him. And that limits the arsenal the insitutions have to give the people confidence the boys in uniform can protect them. You really do need a Commissioner of Police to look up to. And we don’t have one. 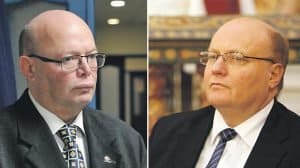 Peter Grech at the microphone is not exactly the incarnation of gravitas either. I’ve known him many years and I confess I liked the man. He’s smarter than he looks. And he’s approachable and unassuming and not the type to trip into self-importance. But those characteristics are hardly useful if the government wants to project an image of authority and confidence in the face of crime.

But the government is not only reacting to changing attitudes to safety and security. It is exploiting the change in attitude.

It is actually finally finding a window through which it can climb without even needing to pretend anymore it has any relationship with its left-wing heritage.

Take for example the ongoing discussions with Turkey to learn the methodologies that protect that police-state regime that is eating democracy from the inside there like a rapidly spreading cancer.

Take for another example the announcement that in this country where business is as usual, the army is being wheeled out on to the streets armed with assault weapons and gear ostensibly to protect us. The legal basis of this has not yet been explained, not to mention the justification for it given that the government appears to have shifted into an unannounced state of emergency gear. 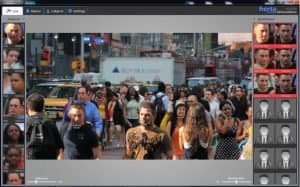 And finally take for yet another example the “pilot study” of facial recognition software being rolled out in St Julians without anyone having seen what legal safeguards are in place for this data on movements to be applied strictly on the basis of reasonable suspicion of crime rather than the government wanting to know the movements of those of a dissenting political opinion.

Many people have resorted to security safeguards to protect themselves from a state that is watching their every move and seeking to undermine them by weilding powers it should not even have.

Phone conversations and email exchanges are conducted on the assumption that someone is listening in or reading them.

Journalists, civil rights activists, minority politicians, whistle-blowers. The government has drawn lines between and around persons it feels intend to undermine its authority.

And now, in the words of the prime minister, they are all warned they cannot expect to continue to do what they want.

Previous:READ: Escape to Africa
Next:EXCLUSIVE: Pilatus whistle-blower to former colleague — “I understand you’re scared. But my soul is not for sale”.