This is not exactly news I suppose. We always knew that the Governor of our Central Bank grew through the ranks of the lefty loons. But in this country the passage of time allows us to ignore the most glaring of facts and if we cannot use facts to enlighten our choices any more we can at least use them as anecdotes at dinner parties. 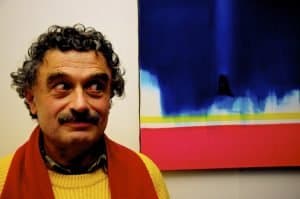 This snippet of loony red history comes from an article by Ġużeppi Schembri Bonaci who wrote his personal memories of Dom Mintoff and Malta’s left. The memoirs are published in Sergio Grech’s antology ‘Bejn Storja u Miti’.

Ġużeppi Schembri Bonaci speaks of being a communist in his youth and being put off by the Communist Party because of the excessive zealotry of its leadership. He singled out Mario Vella in the following passage: 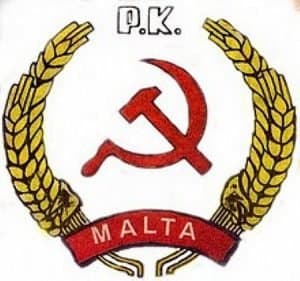 (‘Mario Vella became a dominant figure of the Communist Party before leaving to join the Labour Party where he even rose to be President of the Party. Mario Vella created what today I call the “comic” Interrogation Committee that luckily for me was a major and crucial cause for my final resignation from the Communist Party and finally my withdrawal from all political scenes. This “interrogation” was conducted in the Communist Youth section in Old Bakery Street, Valletta. I was criticised for my anti-Soviet attitude whilst studying in the USSR.’)

This would be funny except that this person grew to have a powerful role in regulating our open, western and decidedly unsoviet economy. This is not merely ironic. It is insane. 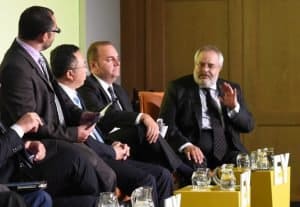 A person with a communist pedigree, trained in the USSR, and with a testified record of political action in the interests of the USSR would, to this date, be excluded from any senior public service position anywhere in the European countries who like us emerged from Socialist dictatorships. These people are not even allowed to teach in schools.

And here they run the Central Bank. Only here.

Previous:Driving the message home
Next:The shady on the sunny side of the street