When the cracks start showing

Labour is not certain how to manage the persistent civil society pressure that four months after Daphne Caruana Galizia’s killing is still very much there. Protests rarely last this long in Malta and the government’s reliance on collective amnesia is not working this time round. It looks like they’re having to improvise as they go along.

Their objective remains simple: remove all reminders of the issue so people forget about it. Take it away from the public eye quick as you can.

This explains the disproportionate reaction to the continuation of the improvised memorial in Republic Street.

They tried to order it removed last week in a Valletta council action. That did not go down very well. They mobilised their employees, their Councillors and their henchmen and the whole thing collapsed rather embarrassingly. It was so damaging that they then got one of the Councillors to disassociate himself from the motion to destroy the memorial and describe its proponent as a clown. When Labour resorts to internal disagreement in order to present an acceptable face you can see they’re panicking.

So the next day they tried the Mintoff picture stunt. The first ricochet hit them when Raymond Caruana’s relatives called them out for using his memory for their nefarious partisan ends.

They were still hoping Mintoff would save them. They were there, cameras at the ready, for someone to give in to their gut reaction, take that photo and transform it in paper planes. They were disappointed when that did not happen but they had no script for that scenario.

Look at Super 1, the regime’s party propaganda machine, calling the presence of flowers rather too close to the face of their demented, blood-thirsty, kleptomaniac hero. They called the potted plant a “provocation”. Sounds more chilling in that distinctly Super 1 toe-curling tone: “Ġest deskritt minn ħafna bħala provokazzjoni.” Brrr.

The ‘provocation’ theme is another sign of weakness. And it’s on their main headlines today.

Another “għażla konxja u provokattiva” according to Super 1 was the erection of a banner in Valletta asking the stark question ‘who killed Daphne?’. A Facebook post yesterday showed a declaration by a relative of the now infamous Doris who apparently cannot bear to face the question. 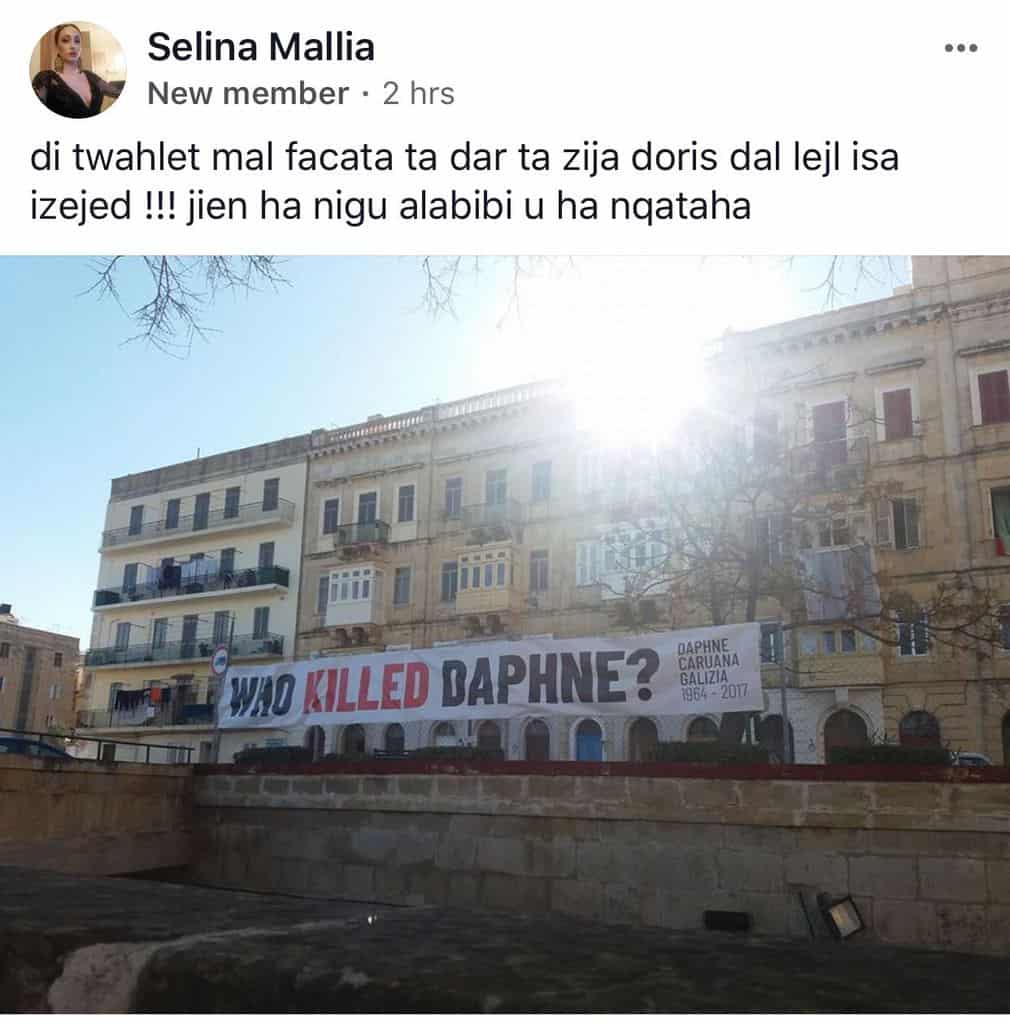 So as Super 1 put it the banner is a provocation. Certainly this relative felt that way and declared and Facebook she was going to remove it.

And sure enough they did. 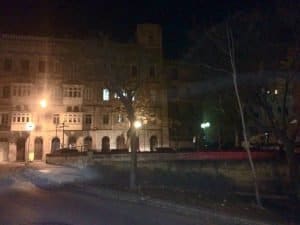 Because you see, putting up a banner asking ‘who killed Daphne?’ is a provocation but putting a photo of Mintoff on Daphne’s memorial isn’t. Yet putting flowers dangerously close to Mintoff’s photo is a provocation.

You can see what’s happening here. ‘Provocation’ is the thug’s pretext for violence. It is the excuse of the wife-batterer, the schoolyard bully, the power-starved racist nightclub bouncer and the lorrysantian chain-wielding thug. Super 1 are justifying retribution before it happens. Everything civil society is doing now is ‘a provocation’ so it is fair to expect retaliation.

They’re cracking. Their fear is starting to show. Civil society is doing something right.

Previous:Mintoff’s picture
Next:What do you do with the school yard bully?