What do you do with the school yard bully?

There are mixed reactions to the current controversy over the Daphne Caruana Galizia memorial in Republic Street. Some of those who supported her in life and wish for nothing better than for justice to be dispensed after her killing are not entirely sure the whole flowers and candles debate is worthwhile.

After all if the bullies thumping on their chests all over Facebook right now get their way and remove the flowers and candles, they cannot hurt Daphne more where she is.

They also genuinely worry the real issue of making a claim for justice is lost in the side-show conflagration on whether the Great Siege monument is prettier decked with flowers or without.

I have never made it my mission in life to defend flowers or debate photos resting on public memorials. But since Daphne Caruana Galizia was killed I did feel it my duty to call out acts of state aggression and suppression of freedom of speech.

Calling Daphne Caruana Galizia a witch today, burning her front door down the next, poisoning her dog a day after that, sending the police at her home to harass her because “she broke the law” writing on elections’ eve, and so on and so on: each one of these on their own felt trivial. Like the flower war in Republic Street. But they were a string in a chain of events that created the environment for violence to the point of killing her.

Four months ago we all professed our guilt and responsibility for leaving Daphne alone. It was easy to say that after she was blown up. It was easy to own up to the fact that we had not seen such a definitive calamity coming.

But what excuse do we have now to give in to the bullies and go through this all over again?

While we gathered around the flowers which we so far we managed to defend, the government yesterday committed an incredibly vile act of oppression. Please. This is not hyperbole. This is not me getting carried away with anger and frustration. 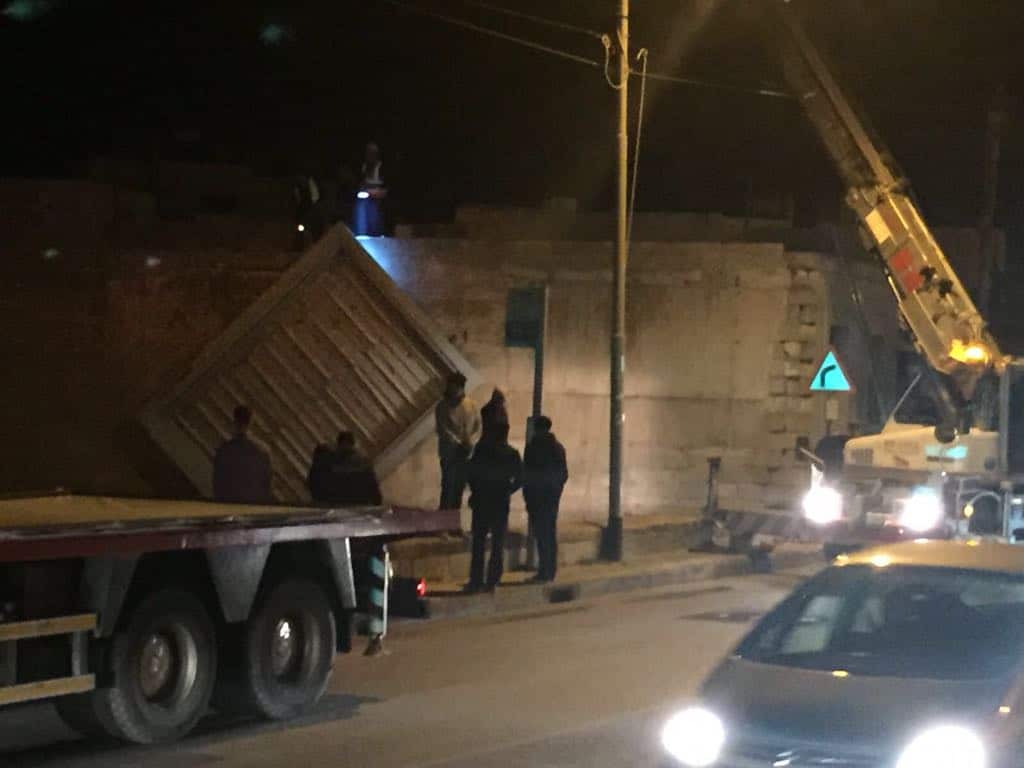 Please. Understand the significance of paid-for billboards being removed by the government on some legal pretext it ignored until the messages that offended it were put up. Understand that we have crossed a line now. A line we knew was there for a long time but we hoped would stay ahead of us as a threat not pass behind us as an execution.

If you want to say no to the government and are willing to pay to do so, the government will silence you. You will think this is not a matter that concerns you. But it might. You do not have rights only on the basis of what you needed in the past. You especially have them in case you may need them in the future.

It is said words are mightier than swords. Not if they’re pulled down and rubbed out. Not if the voices that speak them are silenced. Not if their authors are killed, or the media that carry them bankrupted by abusive administration.

Understand that Daphne Caruana Galizia was silenced dramatically with a car bomb. But yesterday #occupyjustice protesters were silenced by having the medium that they used crushed under the power of the abuse of law. Do you think any billboard contractor will accept to carry adverts that might annoy the government from now on?

And of the real and present danger of violence. Look at these images from Neville Gafà’s Facebook page. Who else’s? Do you think many people would have the courage to volunteer to be targets of this hate when physical violence is now becoming a matter of when rather than if? 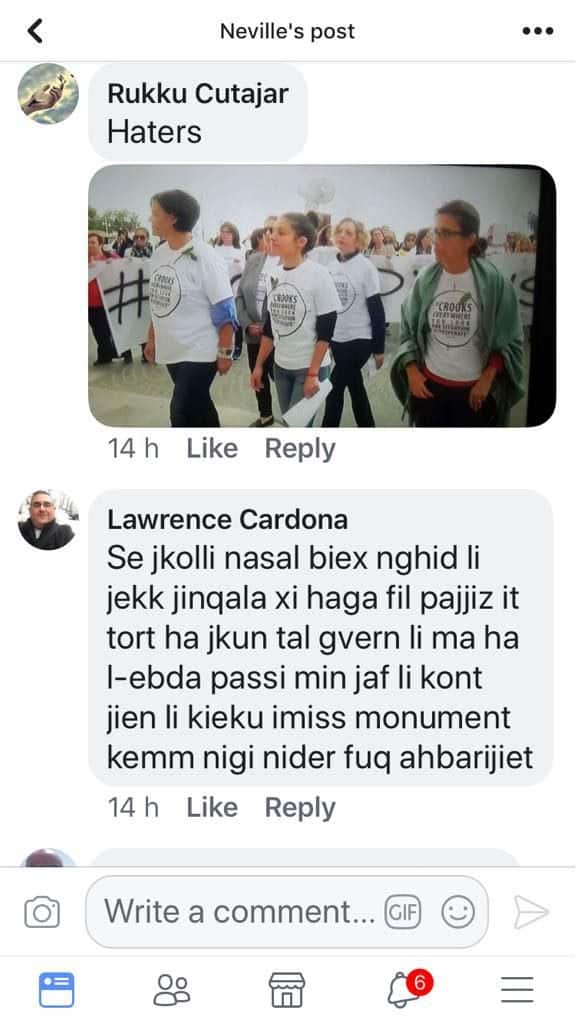 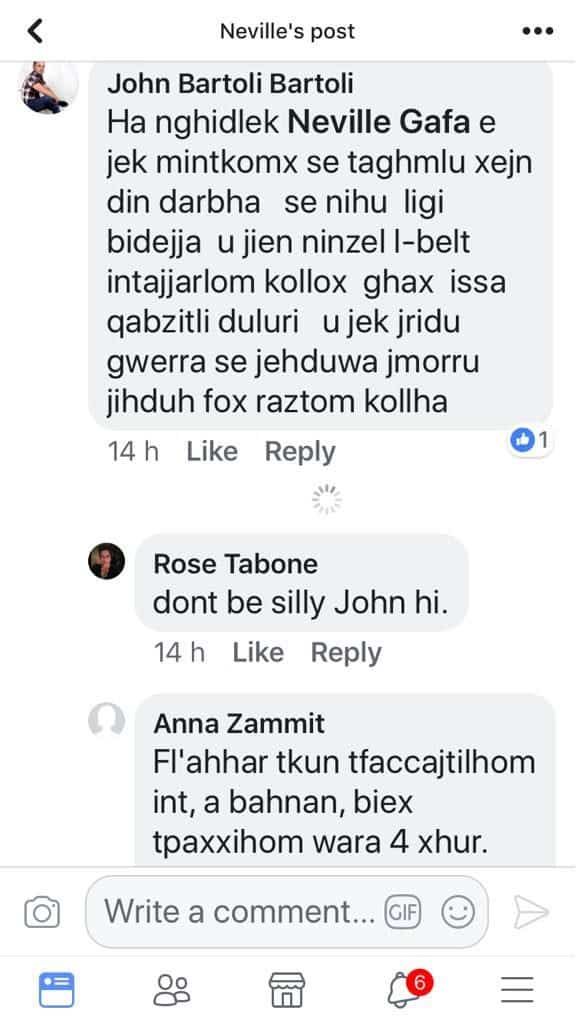 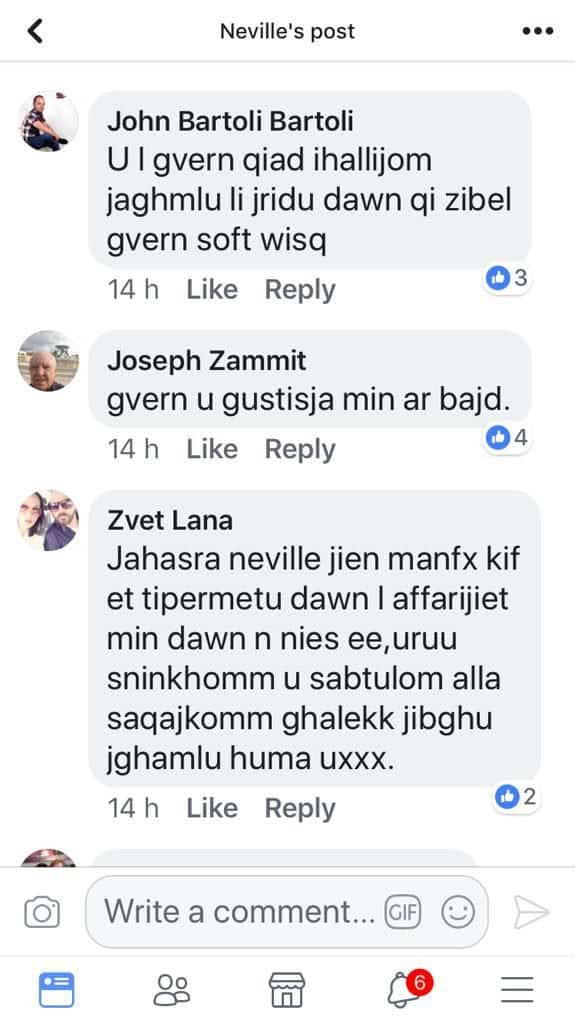 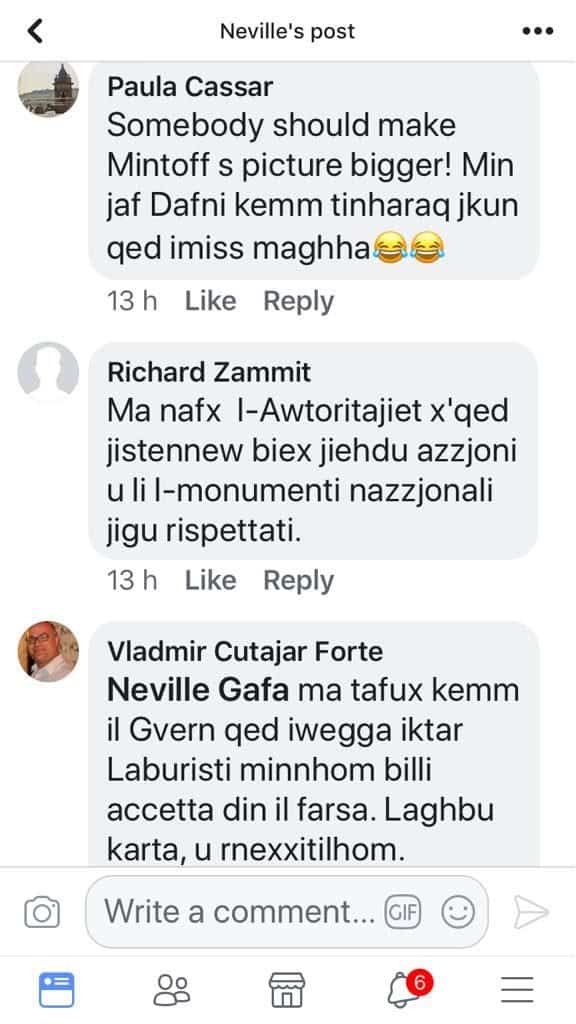 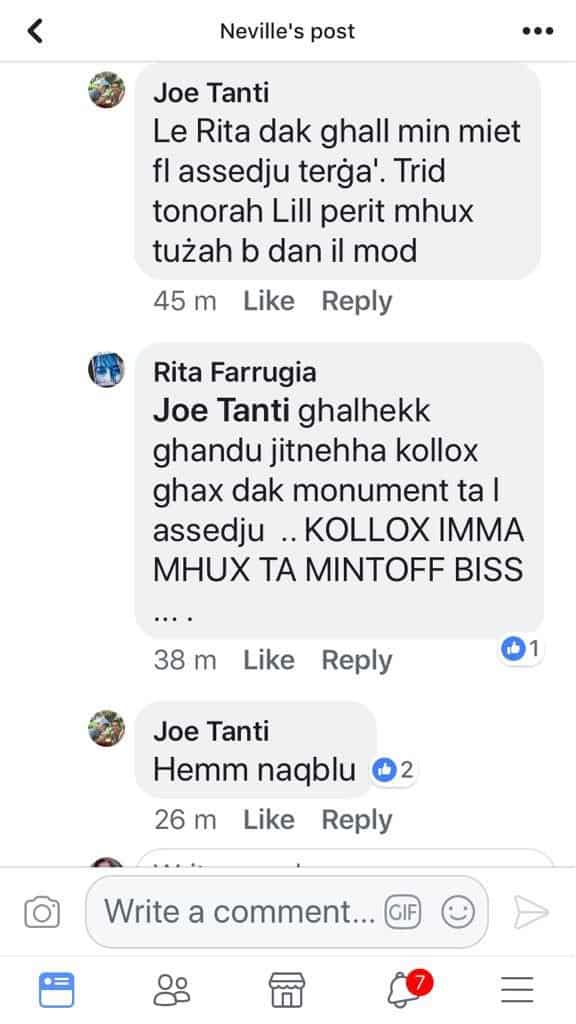 So to those murmuring on why we should back off from the memorial in Valletta and let the bullies have their way, I will answer their question with a question? What do you think bullies will do if they’re allowed to have their way again?

They have crossed a line. They may be able to dodge the question on who killed Daphne Caruana Galizia. But they are most obviously responsible for actions of suppression of speech that is having the same effect.

Our democracy has never been in greater peril.