The President must be having an uncomfortable afternoon. Reading the testimony given by her predecessor in court today in the proceedings against the organisers of the 2015 charity car show event when a driver mowed down viewers in a horrible accident she must feel the cold knife in the small of her back. 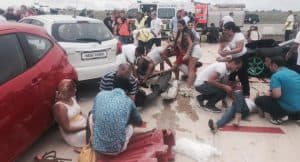 George Abela knows what Marie Louise Coleiro told the same court a few days ago. The President, she argued, cannot be held responsible for any negligence in the organisation of charity events of the Malta Community Chest Fund. It’s not that George Abela expressed a contrasting view. Nor even that he explained that things may have been done differently in his time.

The quotes from what he testified in court are an indictment of his successor. As George Abela sees it, Marie Louise Coleiro Preca is responsible for what happened that Paqpaqli afternoon.

I cannot say I have an opinion one way or the other. But I do have some inescapable observations to make. 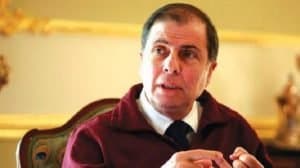 Firstly, whether you follow George Abela’s hands-on school of thought or Marie Louise Coleiro Preca’s standoffish philosophy, the President’s role as national symbol above controversy is compromised by the extent now reached by the Community Chest Fund.

What started as a club for bored colonial wives gathering trinkets for poor natives to soothe their conscience about the exploitative evil of colonialism has become a national multi-million euro industry blurring lines between private sector social responsibility, voluntary work and the welfare state. The particularly local imperative of ensuring this year is bigger than the one before has elbowed out common sense.

Embroiled in this is the President who in theory does not occupy a post of super-charity-fundraiser and yet that is what they end up doing most of the time.

The royalist politeness they encounter makes things worse. They call up sponsors to solicit funding “for the cause”. In order not to refuse the President, sponsors cough up as other charities suffer.

That is bad enough in itself. But consider the politeness described in the court-room in this Paqpaqli case before George Abela testified and blasted all hesitation.

No one dared be blunt enough to point where responsibility firmly stood. No one would say the President could be responsible for something gone wrong. And while the elephant roared inside the room, Marie Louise Coleiro Preca challenged everyone with the rhetorical question whether she was expected to shoulder responsibility. No one said ‘yes’ but everyone thought it.

This fall in the dignity of the President is a constitutional problem. The person in the role is now subject to controversy in which people take sides. George Abela has thrown out the hesitation of politeness. And the controversy involves court action and possibly personal liabilities and criminal responsibilities. 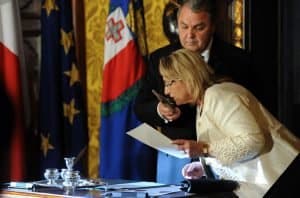 Let’s not be too polite about it. George Abela has today put in question the viability of the continued Presidency of Marie Louise Coleiro Preca.

He must have been perfectly conscious of this. And, for a cynic like me, it may have had something to do with the praetorian shifts in the palace of the Labour Party. Marie Louise Coleiro Preca has denied persistent rumours of a reprised partisan career after the end of her term as President. Denial was the only viable reaction of a President in office.

Whatever her intentions and whatever she said to her friends who appear to have started the rumour, Marie Louise Coleiro Preca is still a lumbering power in the Labour Party. George Abela heads a rival dynasty and his son, fifty shades of a darker Abela, may find the world an easier place to bustle in if Coleiro Preca is diminished.

When Giovanni Bonello explained our constitution was written by gentlemen who expected gentlemen to fill the roles they designed, he was especially right with respect to the office of the President. Our President is effectively a constitutional monarch existing, in the royalist imagination of the authors of our constitution, entirely detached from the muddy intrigue of political manoeuvring.

Marie Louise Coleiro Preca is not exactly what they had in mind. Today, more so than yesterday.