Manfred Galdes on impunity in Malta 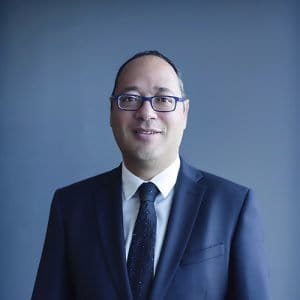 Manfred Galdes had not publicly said much since he left the FIAU. He resigned when investigations into Konrad Mizzi were underway and never really explained why he crossed over to the private sector. Especially on why he chose to do so at that time.

Today he spoke at a conference with Ian Abdilla from the police in the same room.

Ian Abdilla told the audience the police investigate all reports of money laundering, though of course that’s not what Lawrence Cutajar told the Europarliamentarians who asked him just that question. The Commissioner of Police is reported as informing them the police would only move out of their desk if they were presented with conclusive evidence.

Manfred Galdes warned, without being named, by Manuel Mallia and others of prison should he say what he knows, steered clear of details.

But the broad strokes are explicit enough. He spoke of laws on our books that remained dead for decades. He spoke of foot-dragging in investigations allowing suspects to hide the money. He spoke of primitive processes to trace what people own when their wealth cannot be explained.

In simple words he spoke about a culture of impunity that allows criminals to hide the proceeds of their crimes. And he spoke about the image that gives us in the rest of the world.

For 25 years we built an image to the world of a white-listed financial services centre providing legitimate services to legitimate businesses. But what the world sees now is a den of thieves and a cave of stolen treasure.

What Manfred Galdes said would not be newsworthy because it has been on our agenda for months and years. But the fact that he said it is.

As is the story he told of what happened in Ireland after a journalist was blown up in her car for trying to find the truth on financial crime. They changed their laws and upgraded their systems to prevent the crimes that journalist investigated. 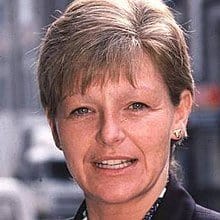 He was talking of Veronica Guerin killed in 1996. Guerin’s murder caused outrage, and Taoiseach John Bruton called it “an attack on democracy”. The Oireachtas realised the potential of using tax enforcement laws as a means of deterring and punishing criminals.

That is what is meant by justice. Veronica Guerin’s killers were found and punished. But the first order of business in Ireland after her death was change: political and legislative change to prevent the crimes she investigated.

What happens here? The prime minister flies to sell passports to tax dodgers in Dubai and his followers lay flowers in honour of Dom Mintoff. Nothing else matters.

And they call us traitors.