I am way beyond the stage of describing Martin Scicluna as the poorer signatory of a Faustian deal. Doing so perpetuates the fiction that he is some objective analyst who uses knowledge, experience and professionalism to rule independently in favour of Joseph Muscat like the one year old’s innocent grasp of kinky underwear at their quċċijja. 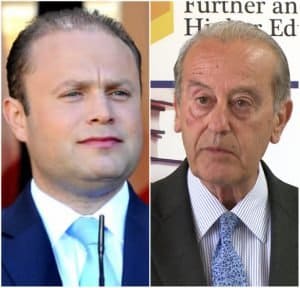 Martin Scicluna is totally and fully absorbed in the correct structure of the state and he acts as its compensated mouthpiece unforgivably shedding any objectivity or even decency.

But one does not have to be objective to avoid being completely and utterly useless.

His artice of today is not the last but the worst in a series where Martin Scicluna pisses on verifiable facts and presents the mess he leaves behind as a better version of reality.

He criticised David Casa for using the term “politically conclusive” when describing the findings of the European Parliament’s investigation into failures of the rule of law in Malta. “In all my experience of reading parliamentary reports, I have never come across one so bereft of substantive evidence,” he lies.

I do not need to explain this to Martin Scicluna because he knows it full well: parliamentary inquiries are not forensic investigations. Their conclusion does not lead to conviction. That’s not how things work. Parliamentary inquiries establish facts and express a political judgement on those facts. That judgement may or may not be a recommendation for the proper forensic authorities to take matters further.

No one thinks the European Parliament has tried, in what would pass for a fair hearing, and proven, to a point of conviction, the criminal guilt of anyone. By accusing them of not having managed to do so, Martin Scicluna is committing the fallacy of criticising someone for failing to do what they never set out to try in the first place. It’s like criticising Tony Drago for failing to win Olympic gold in the swimming pool.

But they did reach conclusions that are crisp and clear. No spin from Martin Scicluna – or Alfred Sant elsewhere also today – can take anything away from those conclusions.

There have been reasons to fire Keith Schembri and Konrad Mizzi for years now. And no one has done anything about it. Yes, Martin Scicluna and Alfred Sant, there’s nowhere to go beyond that. It is what it is. 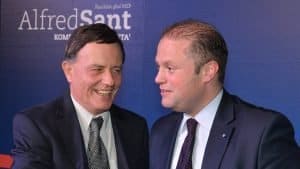 In his interview with timesofmalta.com today Alfred Sant  pointed out that 20 years ago, when he was prime minister, he had proposed some sort of judicial police to investigate and prosecute corruption entirely outside the infrastructure of the executive. He said he had met much resistance at the time, including from the Nationalist Party.

I did not recall this detail. I was a student leader at the time and had altogether other bones to pick with Alfred Sant. I’ll look it up for the sake of history. But I will say this. I have no doubt in my mind that Alfred Sant is correct that the only real viable solution to the structural impunity of corruption in our adminisatration is transferring the fight against corruption to the independent authority of the judiciary.

I have not heard of better solutions. Anti-corruption magistrates, with security of tenure, should have the authority and the resources of judicial police and, without reference to any other institution, should be able to prosecute their case in front of judges.

I am no expert in designing constitutional structures. And like Alfred Sant I am not a lawyer which perhaps could mean that we are less inhibited by traditions and the way ‘things have always been’.

But I look at the Permanent Commission Against Corruption’s record – having reviewed more than 400 cases, none of which were ever prosecuted – and I look at the Executive Police – where John Rizzo was fired by Joseph Muscat for wanting to prosecute John Dalli – and I look at the Attorney General … and I have to look away again.

And then I look at Joseph Muscat, at Konrad Mizzi and at Keith Schembri. And I have to look away again.

It is clear that we are not going to get anywhere with the structures that we have.

Previous:Where impunity does not rule
Next:Economist IU: “Risk that investors could turn away from Malta”