Where impunity does not rule 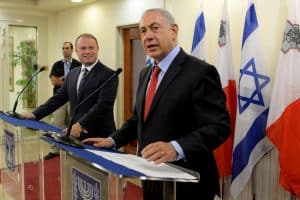 Some people have pointed this out to me highlighting how proper institutions work in other countries in contrast with our own.

But this story reminded me of another Israeli prime minister. One who actually served time because of the effective action of that country’s institutions.

That was Ehud Olmert convicted of crimes committed when he served as mayor of Jerusalem and as Israel’s trade minister. 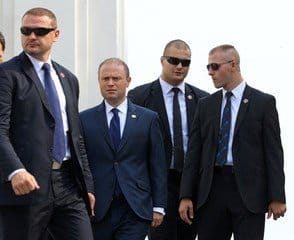 But Ehud Olmert could be forgiven for thinking otherwise. He knew of another politician from Malta, a rising star on the opposition bench, that felt differently about such things. Joseph Muscat looked like the next best thing and he, unlike Lawrence Gonzi, was perfectly open to a little nudge and a wink from private interests.

Unlike Lawrence Gonzi, the Labour Party took meetings to discuss the interests of Ehud Olmert’s friends. Joseph Muscat discussed the matter with the Israeli ambassador to Malta at the time. They discussed how awarding the power station’s contract to the common friends of Joseph Muscat and Ehud Olmert would be rewarded.

And then Labour proceeded to serve those interests with a slanderous and malicious campaign which obviously amounted to nothing even after they came to power and had every means to ensure appropriate action is taken to punish any wrong-doing. Their point was never fighting corruption. Their point was defending the corrupt. Which, even in opposition, made them corrupt. 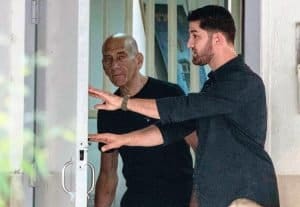 It was a sign of things to come. Joseph Muscat would have no qualms to work with corrupt private interests for his own benefit and even when still in opposition would consider public procurement as a bargaining chip for his personal advantage.

For that, you see, is the fate of the corrupt where impunity does not reign supreme.