I will not go into the merits of if and when and where a permanent memorial for Daphne Caruana Galizia should be erected. If I try I suppose I can form an opinion on the subject but I don’t think this is really the most important thing on the national agenda right now.

When I spoke at the Great Siege memorial in Valletta about a month ago I said that if all the flowers and candles in Valletta were for, was to continue to mourn the passing of a person we admired or held dear, we would only be having a prolonged and very public funeral. We may feel entitled to it but that’s not why this goes on.

The real point of the Valletta memorial is as an act of protest and of defiance and its location across the street from the law courts is perfectly logical if what you’re protesting against is the failure of justice.

But I do find objectionable Glenn Bedingfield’s horrific threat that if a memorial to Daphne Caruana Galizia is not hidden from public view, its deliberate vandalisation would be justified.

Glenn Bedingfield writes “the temptation to vandalise the monument of a woman who did call their families names would be too strong a temptation.  Now, if the monument was somewhere far away, no one would bother.  It would be left alone because vandals don’t really care about vandalizing things that no one will notice. Bidnija is the right place should the selected few wish to persist on this matter.”

Here’s a memorial that is not somewhere far away. 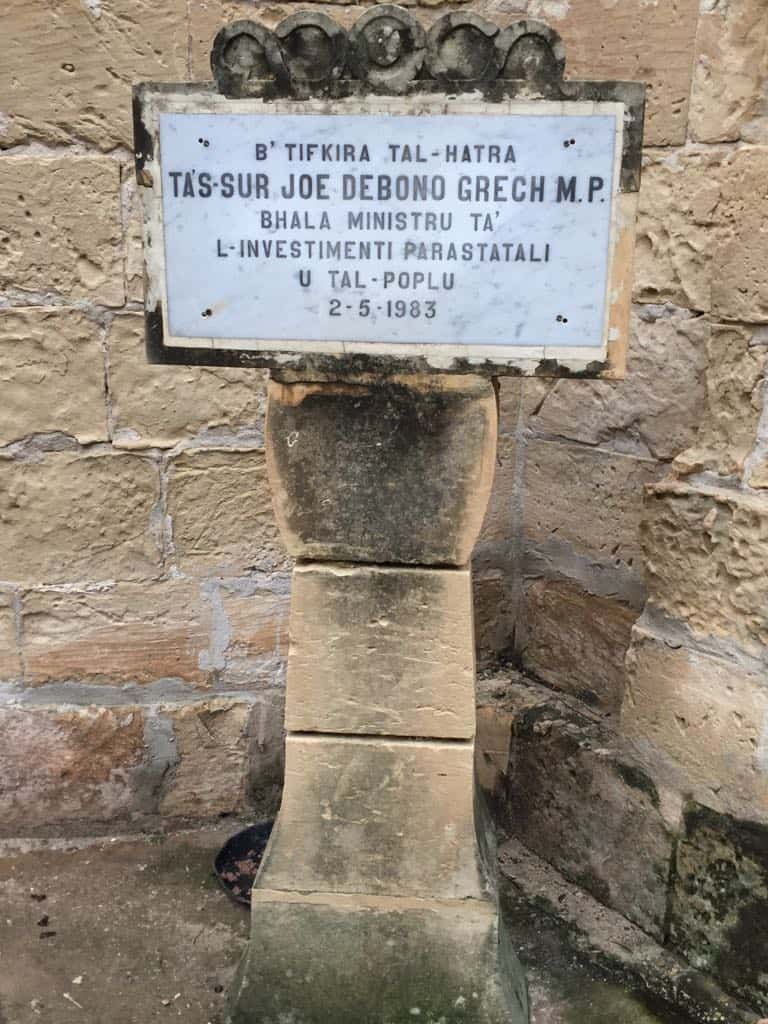 Four PN administrations since this piece of history was set up with what must have passed for fanfare at the time and no one thought to vandalise it. And no one should. Now I know some people who have been called all sorts of nasty things by the man being lionised in his life by this premature tombstone. None of them were encouraged by a senior politician of their party to vandalise a stupid memorial for Joe Debono Grech. And none of them vandalised it of their own accord.
Or perhaps this other great memorial. 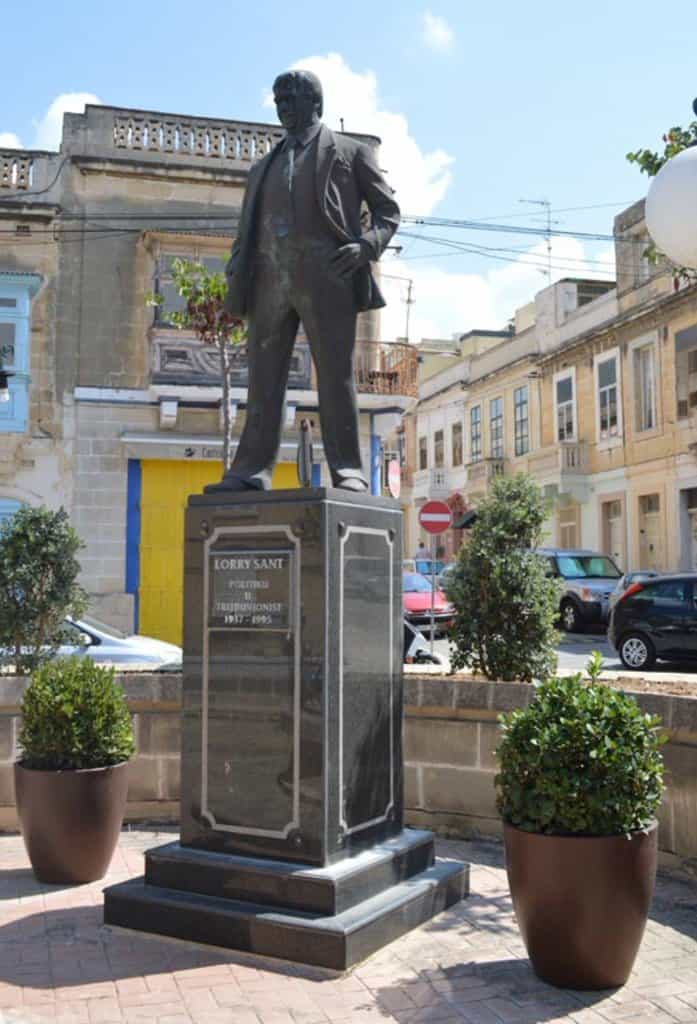 Now not exactly hidden from view, is it? Erected during a PN administration and glossing over the rampant corruption and the physical violence perpetrated on his victims, bronze Lorry Sant supervises traffic in downtown Paola. Many people were called rather a lot worse by Lorry Sant than the worst Glenn Bedingfield describes. I don’t remember anyone condoning vandalising his memorial.

I’m not a fan of memorials as a rule. And these are subjects I don’t like to get into if I can help it. In this country memorials are usually stuck in an iron curtain working class hero worship mode or taken to pointless extremes like the knot in Castille Square that speaks of gods and heroes so stuffy they shit marble. They also create a moral equivalency I find revolting, a secular canonisation whether deserved or not.

But for a government official to condone vandalism of memorials and to dangle its justification as a threat to silence people from demanding the civic remembrance of individuals who contributed to the community in a manner that justifies such remembrance is truly shocking.

At some point the discussion on whether and where a memorial to Daphne Caruana Galizia will, I suppose, need to be had. Right now what matters is making sure those who ordered her killing are found and served justice. And those who created the reality in which her death became inevitable are also made to pay for their actions.

That includes Glenn Bedingfield. The rationalisation of the vandalising of a hypothetical memorial in her honour is the logical extension after her death of what people like Glenn Bedingfield indulged in throughout her life: the rationalisation of the violation of her dignity and the trampling of her right to exercise her function as a journalist and critic without needing to fear for her life.

Until that is achieved the flowers in protest at the Great Siege memorial, as an act of protest and defiance apart from being an act of remembrance, must continue to represent the anger that more than Glenn Bedingfield’s “selected view” have every right to feel and express. No intimidation can change that.

Previous:Gaming authority to clamp down on Italian licencees
Next:Campaigning for the 16-year old vote