The silence of a lamb

The Malta Independent today published a story that had been making the rounds with the twitterati for some 36 hours. I worked on the same story too and I had a common experience with Helena Grech of The Malta Independent, whom I quote: “A number of questions emerge from the allegations which have been leveled. This newsroom has attempted to verify the claims based on publicly available information, however questions have been sent to opposition leader Adrian Delia so that he may verify, refute or explain the state of affairs. At the time of writing, the questions remain unanswered”.

I too asked questions to Adrian Delia’s party leader’s office and got rebuffed with diversion and acid sarcasm for thinking of inviting a comment. 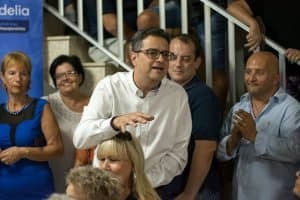 Adrian Delia and his office are conditioned by a siege mentality that at this stage of his political life is as promising as a miscarriage. He is being optimistic if he thinks press his staff are hostile to are going to be looking for reasons not to publish things that make him look bad. He needs to give them those reasons himself.

He needs to start answering questions: the ones left outstanding from his campaign and new ones accumulated since.

The fresh one that comes out of today’s The Malta Independent story after a Twitter thread by BugM is why has Adrian Delia dropped criticism of the power station deal from the PN’s agenda?

From what I can read it is not because of his previous life in his law firm. But that does not remove the need for an answer we can understand. The fact is there are serious reasons to suspect corruption in the power station deal the result of which will be suffered by the population for decades ahead as we remain bound to it.

Who, if not the PN, is going to resist this? Why isn’t Adrian Delia doing it?

This is a conversation Adrian Delia does not want to engage in.

Adrian Delia’s law firm in which he’s outgoing partner with Georg Sapiano and Nicolette Spiteri Bailey provided fiduciary services for a bond issue to Gasol, the company that was supposed to get the power station deal until it didn’t, and sold its concession on to someone else. 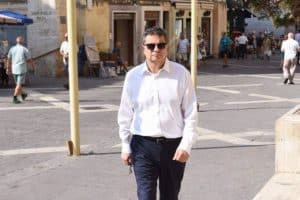 The Gasol onward flip anticipated the travesty of the Vitals collapse and the onward transfer of the hospitals concession to Steward Health Group. The inevitable suspicion is that in both cases concessions were granted to cover up companies that in reality are middlemen whose profit is in the flip of the concession, not the concession itself.

Adrian Delia, rightly, is highly critical of the Vitals flip. But he never commented on the power station issue in spite of its even more worrying connection to Azerbaijan.

Up to now there was never a rational explanation for this selective criticism. And twitterer BugM said he found an explanation in a conflict of interest between Adrian Delia’s firm’s past services to Gasol and his present role as leader of the opposition.

In life we make choices. I chose not to publish. The Malta Independent chose to publish. 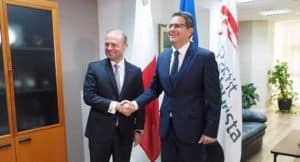 But the real question now goes beyond Adrian Delia’s suitability for his role in view of his past life as a lawyer.

The question is his suitability for his role in view of his present behaviour as a leader of the opposition who finds himself torn between his promise of being different from his predecessor and his inevitable discovery that opposing this government cannot relegate the fight against corruption to second place.

Previous:G Farrugia Calleja: Because anything goes
Next:The god of money