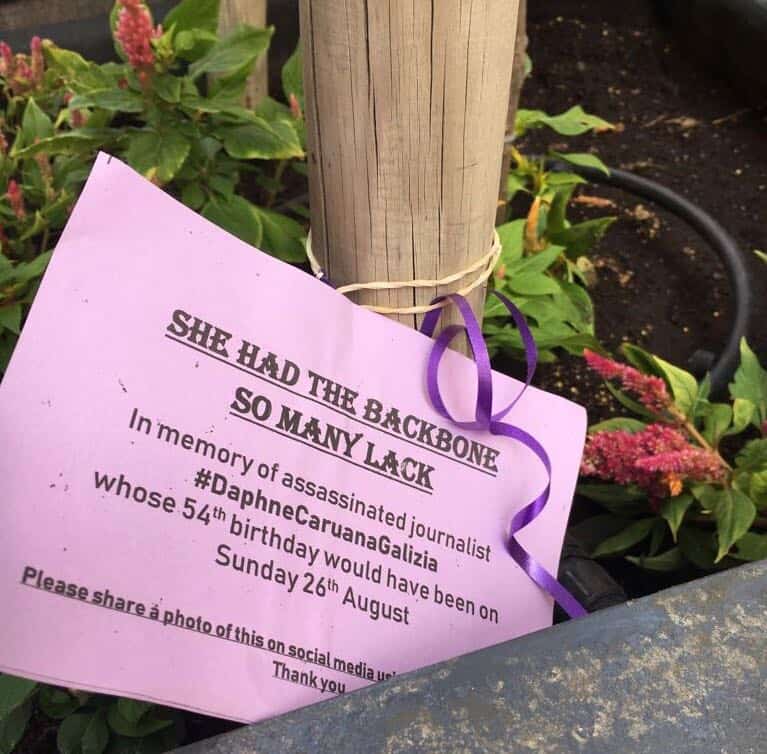 Fifty-four lilac posters with purple ribbon (the colours and symbols of a woman’s birthday) were placed around Sliema, the town where Daphne Caruana Galizia, to mark the 54th anniversary of her birth this coming Sunday.

Each small poster has a different caption about Daphne Caruana Galizia, most of them describing her as a person. The posters remind people who read them that there was a real person behind the name. A person who still be here today.

All posters read “In memory of assassinated journalist #DaphneCaruanaGalizia whose 54th birthday would have been on Sunday 26th August. Please share a photo of this on social media using the above hashtag. Thank you”.

Here is a list of the 54 descriptions that went on the posters.

She continues to inspire may

She won several posthumous awards for her journalism

She was wonderfully creative

She loved to laugh

She did not live to fight; she fought to live

She raised the bar in journalism in Malta and beyond

She never gave in to threats

She gives us strength

A car bomb was the only way to silence her

She loved gardens and gardening

She was loving and giving

Corrupt politicians feared what she may have known

She was a good listener

She was so right

She had a keen eye for detail

She had a great sense of humour

She was a woman of many talents

She was loved by those who really knew her

She is greatly missed

She was a woman too

Her bravery has inspired many

She lives on in so many of us

She tried to right injustices

She was an avid reader

She had so much to live for

She was funny and brave

She had the backbone so many lack

She held truth to power

She was morally upright

She stood up for your rights too

She risked her life to expose corruption

She was a brilliant journalist

She stood up for the underdog

She was a good friend

She was a force of nature

She was not just a name; she was a human being like you

She should still be here today 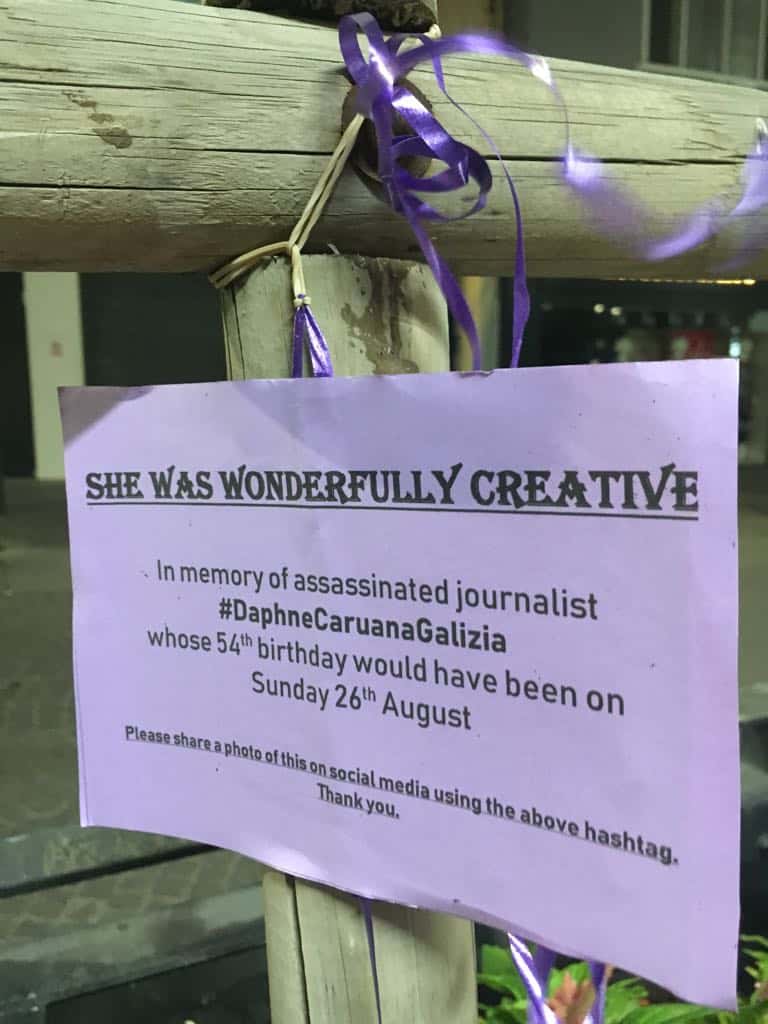 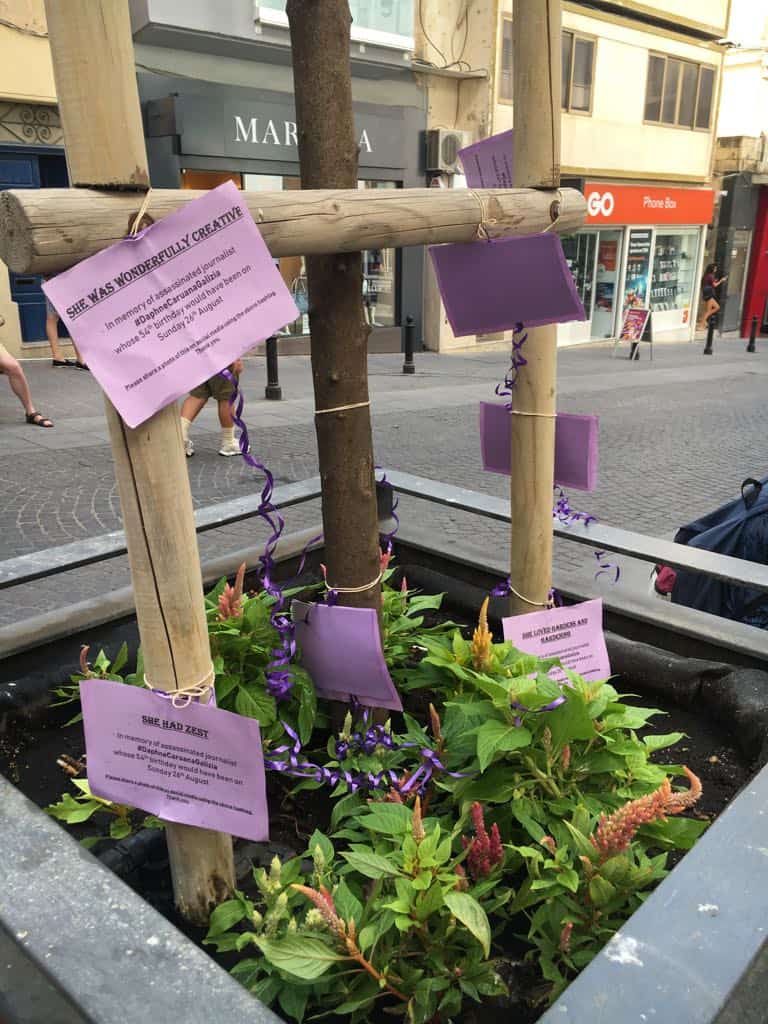 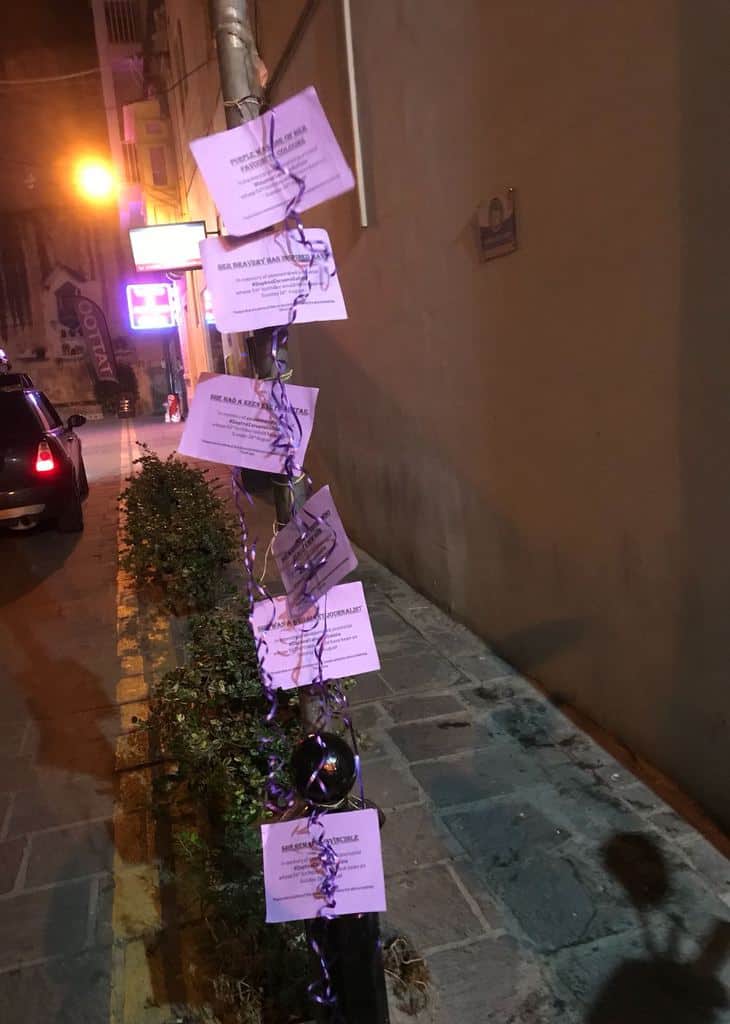 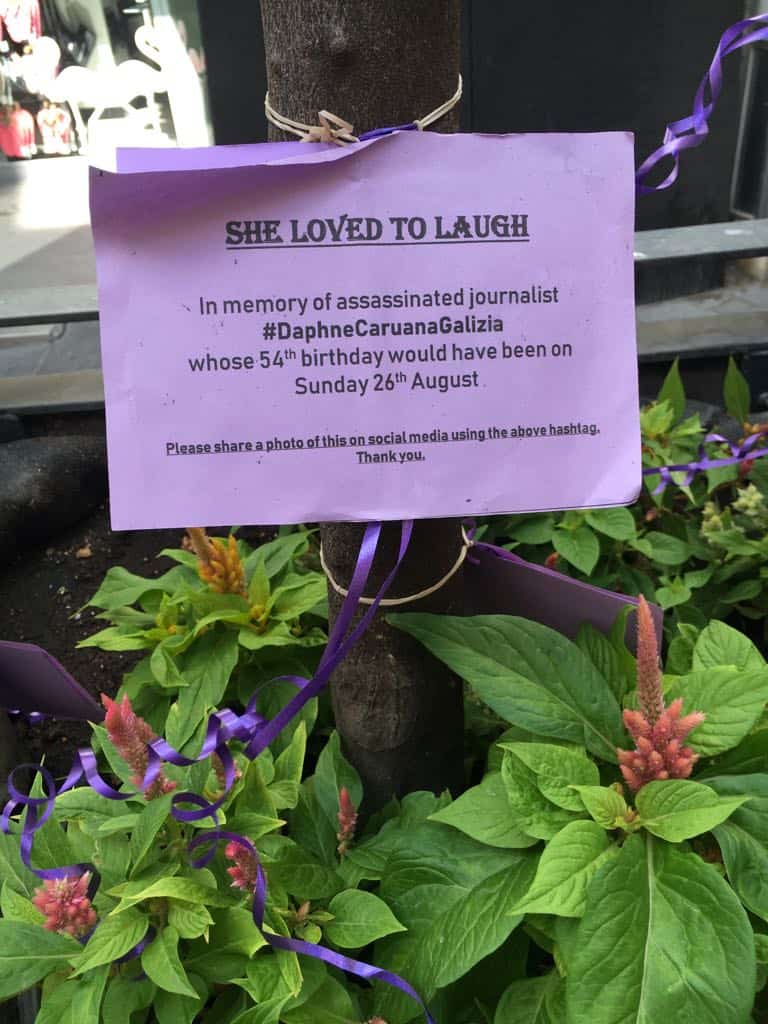 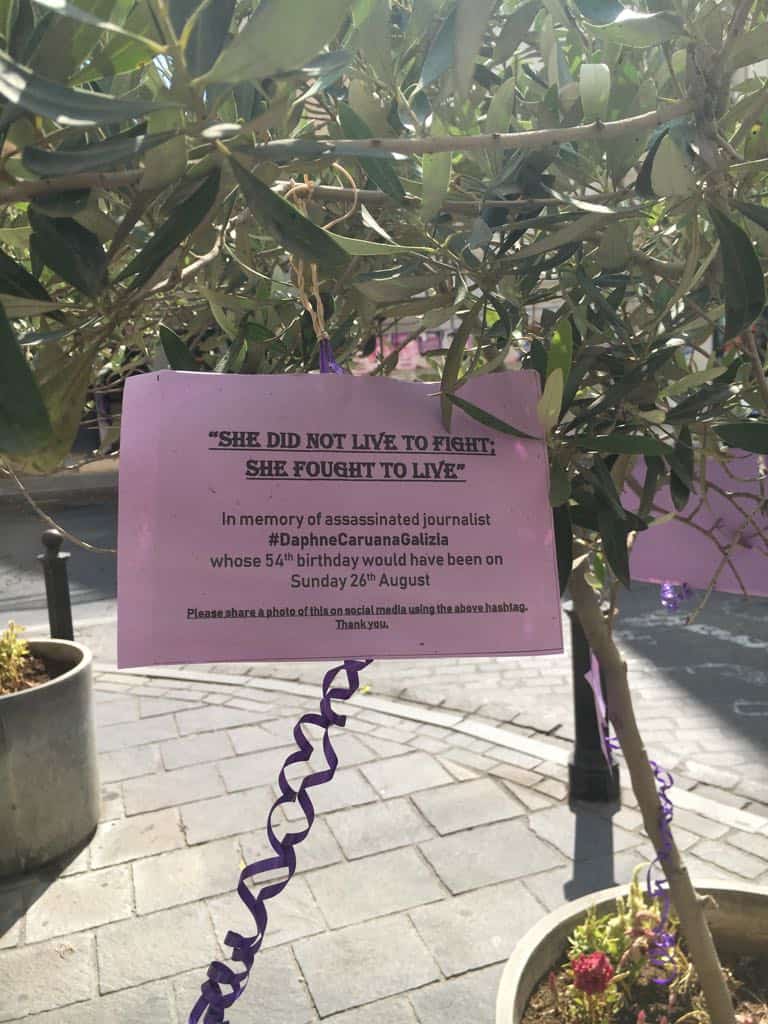 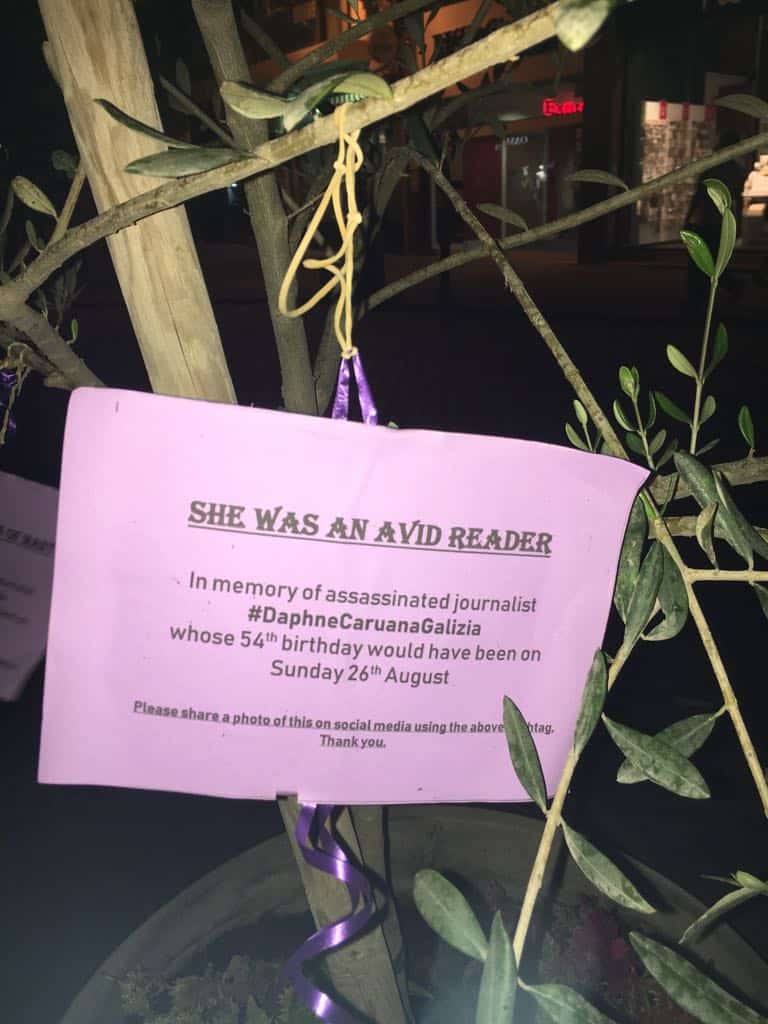 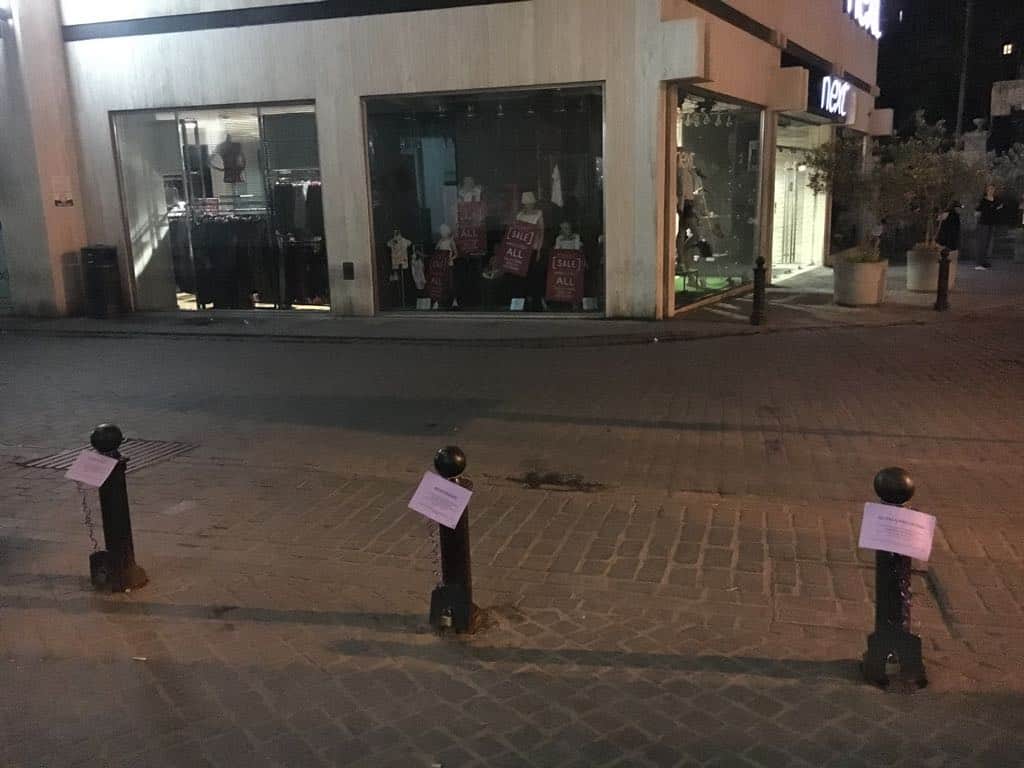 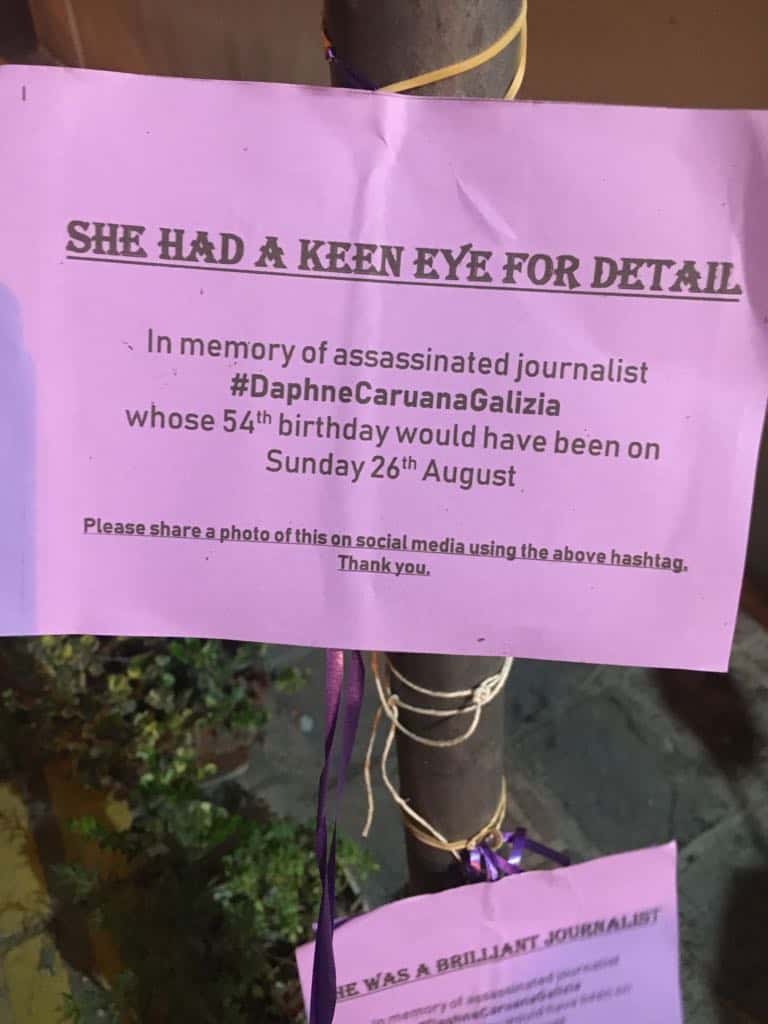 Previous:Il-Kenniesa call gathering in Valletta this Sunday
Next:Meanwhile, in a Facebook group chat near you …