This is not a spectacle. This is a disaster. 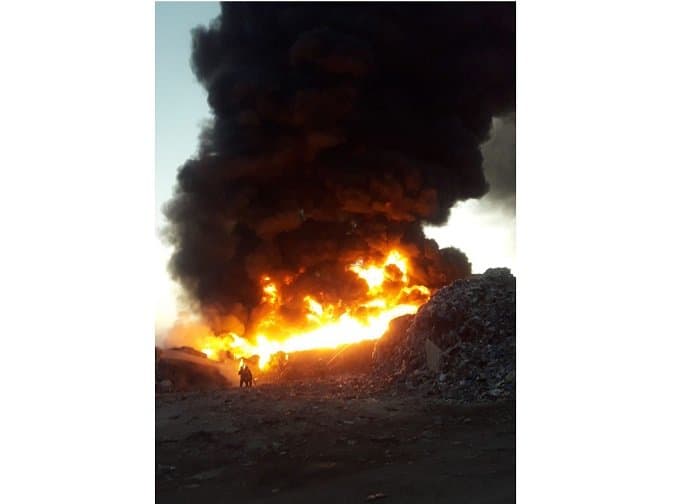 The burning of the Magħtab landfill is a man-made disaster. The Civil Protection Department is warning people in the wake of its plume to stay indoors and close their windows to avoid sucking toxic fumes in. And pray for wind to blow this over the sea.

The Labour Party in those heady days leading to the 2013 election went into crusades about cancer factories and black dust. And yet they oversaw the crushing of the waste management company under the weight of crony recruitment.

The tu quoque retorts that large numbers were employed in the PN times too makes an interesting discussion about the way public service recruitment is driven by electoral interests. But it adds nothing to the understanding of what went wrong at Wasteserv.

Before we joined the EU, Magħtab was our greatest environmental challenge and we had a few. When Malta was negotiating membership the government argued for urgent funding to turn the disaster-waiting-to-happen around. EU Commissioners were flown over Magħtab in army helicopters as if they were being taken to tour ground zero of some catastrophic war zone.

Millions upon millions were spent to bring the catastrophe back from the brink. By 2013 the place stopped smelling and was turning green.

It is not hard to point a finger of incompetence at the present administration. This is the second major environmental disaster in a year. Last year the Sant Antnin plant went down in a conflagration poisoning the air in the surroundings. The inquiry into that disaster is not even complete yet. Perhaps the government can helpfully deny the information that the water reservoirs at that plant kept in reserve in case of fire were empty at the time.

Here we are next year and huge parts of the entire country are breathing toxic air. Particles are being deposited over land and water, field and school, church and household indiscriminately.

Truly a landmark stop of this ride on the road mapped in 2013 towards l-aqwa żmien. Perhaps Minister Jose’ Herrera could commission a 2-metre wide firework detonation off the coast of Magħtab tonight and promise all debris will be collected from the sea.

Nice way to celebrate our own little Chernobyl.

The photo with this story is by TVM.