And they call me a traitor 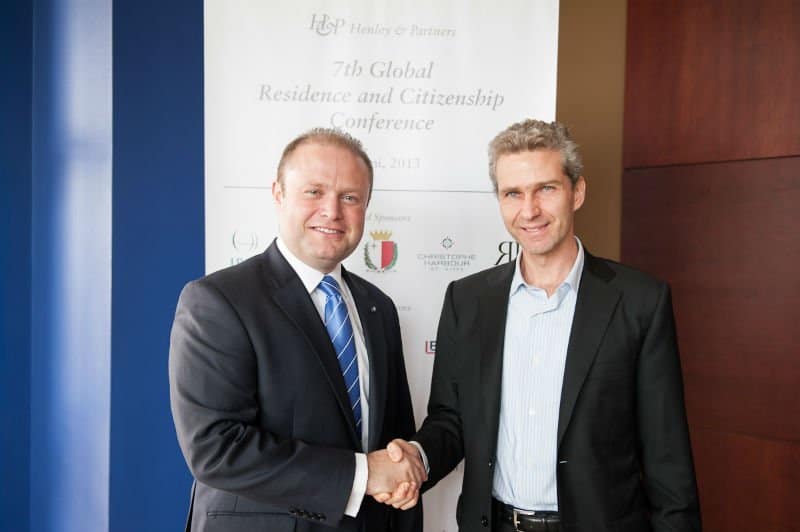 Henley & Partners is now branding Maltese citizenship as a status symbol to be ticked off by the stupidly rich who “have a yacht and two aeroplanes”.

Henley and Partners are going around the world telling people with a yacht and two aeroplanes, they should have Maltese citizenship as their next status symbol.

How is that for a dishonest misrepresentation of what it means to be Maltese? Is that what being Maltese means now? Is that what the new patriots who think that for me to accept to be interviewed by foreign journalists is treason, really picture when they think of love of country?

Christian Kaelin, the sleazy man who loves our country so much he collects some 20 to 30 million euro a year in fees from it, told Bloomberg, a Maltese passport is “the latest status symbol. We’ve had clients who simply like to collect a few.”

Here he is quoted on Lovin Malta describing our national identity as a collector’s item like the embalmed trophy of the head of some endangered animal hanging on a wall of a hunter’s greed.

That’s what our identity has become. A collector’s piece on the shelf of a new aristocracy that makes mediaeval dukes look positively egalitarian. Our history, our heritage, the country our forefathers and mothers have built, the little ground fertilised with the blood of victims of war and revolt: that’s now a commodity to be traded by the super-rich.

And if those super-rich were actually making a contribution to the well-being of the community that would not be so bad. If they would pay taxes on their wealth here and fund our creaking health services, if they would school their kids here letting our children benefit from their worldly company and from their parents’ contributions to their over-crowded and under-funded school, if they would create jobs for people to fly those planes and supply those boats they have, then maybe there would be some benefit.

But instead, we give up to them our rarest and most precious inheritance. We carve out chunks of valuable public land to be developed into high-rise apartments they won’t live in, chucking away schools and burying the squat houses of our own homemakers into the dark shadow cast by their towers.

Only someone who does not understand how money works, thinks that the fee they pay for their passport is a contribution to the economy. An economy grows with ongoing economic activity not with one-time cash gifts. It is simply not sustainable to sell a thousand passports every year for ever.

People complain that there are too many foreigners living here. But a worse challenge is the foreigners who do not, artificially inflating the basic cost of owning or renting property here without contributing any other real world expense to balance things out.

We carry their weight on our shoulders, live in the shadow that they cast, risk our reputation as a country, without even the reward of an economic spinoff.

Christian Kaelin does not care about the sustainability of Malta’s citizenship sales scheme. There will always be puppet island tinpot dictators he can fund into election in exchange for the right to pawn their inheritance to owners of a yacht and two aeroplanes.

Our children will be stuck with a squandered inheritance which we have robbed them of so Christian Kaelin, Joseph Muscat, Keith Schembri can make a quick buck and the Silvio Debonos and Sandro Chetcutis of this world can realise their Blade Runner vision of beauty.