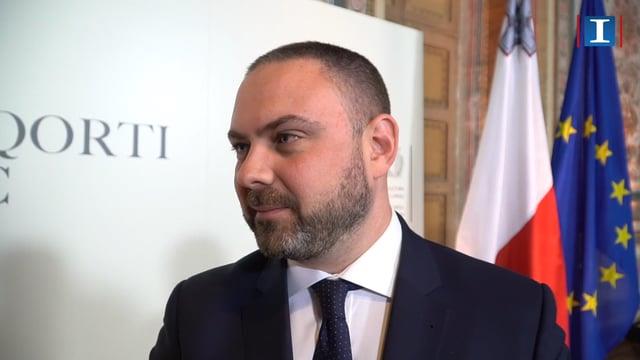 When Owen Bonnici lies he looks like a silly schoolboy. When the Minister of Justice lies it is a shocking embarrassment and yet more evidence that our institutions have been hijacked by banana republic tyrants.

In a government statement yesterday Owen Bonnici said he had asked the Council of Europe’s Venice Commission for advice on constitutional reform. This was worse than spin. It was official misdirection. In simple terms a lie.

Malta did not ‘go’ to the Venice Commission. It was sent there: by the Legal Affairs and Human Rights Committee of the Council of Europe that heard expert reports about the mess that rule of law is in in this country and the failure to apply European norms of democracy to ensure even a semblance of justice.

Bear with me if you know this stuff.

One: The Council of Europe is not the European Union. It’s an altogether separate organisation that groups all of Europe from Ireland to Russia and from Turkey to Iceland and its job is to promote and protect human rights and democracy in Europe.

Two: The Council of Europe’s most important body is its Parliamentary Assembly which is a grouping of Members of Parliament from the Parliaments of the 47 Member States. Each country sends MPs representing proportionately the political parties of their own Parliaments. The Assembly breaks up into specialist committees to make its work more useful.

Three: The Legal Affairs and Human Rights Committee is following closely the aftermath of the killing of Daphne Caruana Galizia. And a Dutch MP, Pieter Omtzigt, that Malta’s government tried to have removed, and failed, is looking into how things are working and not working in Malta and will be reporting back to that Committee.

Four: The Venice Commission is a group of experts — professors, judges, civil servants — from all over Europe as well as other countries from all over the world from the USA to South Korea. They help countries align their laws to European standards of democracy, human rights and the rule of law. The Venice Commission gets to work in places like Bosnia, Macedonia, Morocco, Albania, Tunisia, Montenegro and so on: places where the trappings of justice and human rights often remain on paper.

OK now that you have your bearings:

Six days ago the Legal Affairs and Human Rights Committee met to hear lawyers speaking for the Daphne Caruana Galizia family and the coordinator of the Daphne Project. The whole hearing (about one hour long) is available here on video. It makes interesting listening.

Labour MP Stefan Zrinzo Azzopardi took the floor at one point to say he’s sorry Daphne Caruana Galizia died but what her family and 45 journalists from 18 countries are saying is a pack of lies.

So Pieter Omtzigt proposed two things at the end of the meeting. Watch from minute 48 onwards to hear this with your own ears. He proposed another hearing for January so the government can explain why they think what is being said by the Daphne Project and the Caruana Galizia family’s lawyers is not right.

And he proposes the Maltese situation is sent to the Venice Commission so it can advise on Malta’s constitutional ability to ensure rule of law and democracy in Malta. The Committee approves these proposals in minute 50 of the meeting.

Now, what does all this really mean? The Council of Europe has sent Malta to the headmistress’s office. On the way sheepish and embarrassed Owen Bonnici put on a brave face and said he’s actually going there because he wanted to in the first place.

In the words of the government’s statement: “it is open to bona-fide dialogue with all international institutions to implement further reforms for a better justice system and a stronger rule of law”.

Yeah, because you have no choice. While you still had a choice you never went to the Venice Commission, did you?

There’s this archaic notion that every cloud has a silver lining. I’m not sure about that. But Daphne Caruana Galizia’s surviving family are doing something for this country no one has ever even tried before. In explaining to the world why their mother was killed they are creating the real opportunity for things to improve here. Not for their mother for whom this is all too late. Maybe not even for themselves who are smart and agile enough to live anywhere in the world they wish to.

They are repaying the country that killed their mother with a service it most certainly does not deserve. They are having the reality we live in examined by objective people: journalists, judges, politicians, experts from all over the world so people who could not care less whether Labour or the PN get the upper hand here can tell us what we need to do to clean up our act.

It’s not like some of us do not know what needs changing. God knows Daphne died trying to explain it. But maybe independent expertise and objectivity could get where the rest of us, branded witches and traitors never could.

Matthew, Andrew and Paul Caruana Galizia could just scatter away and carry on with their lives seething at the injustice this country has served their mother. Instead, they are repaying that favour by selflessly serving the country.

Trust silly Owen to try to take the credit.

Previous:And they call me a traitor
Next:Today’s March is postponed due to stormy weather