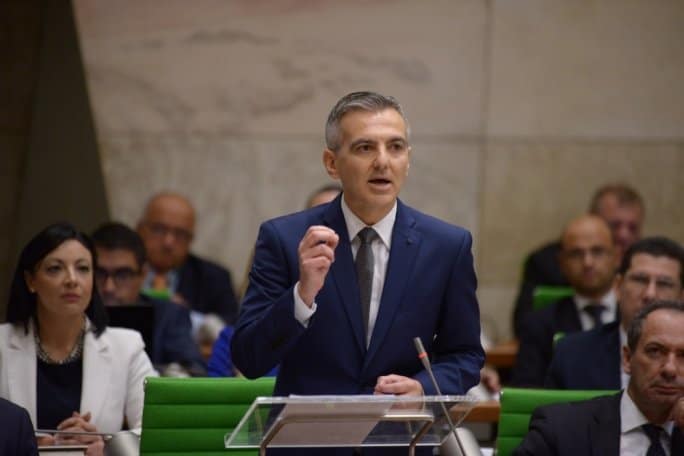 After that fascist attack on basic freedoms perpetrated in full view of the country by a prime minister who threatened an Opposition MP with effective exile from the country, Simon Busuttil is tonight standing in Parliament to reply.

Until now Simon Busuttil said he would wait for the Egrant inquiry to be published before reacting to it. It looks like he’s anticipating that now after that scene of intimidation and terror.

Simon Busuttil is speaking in Parliament at 6.30 pm. He will be followed by Jason Azzopardi who will react to the recent revelations on Chris Cardona and how poorly that man has dealt with evidence he lied about how well he knew the men who allegedly bombed Daphne Caruana Galizia.