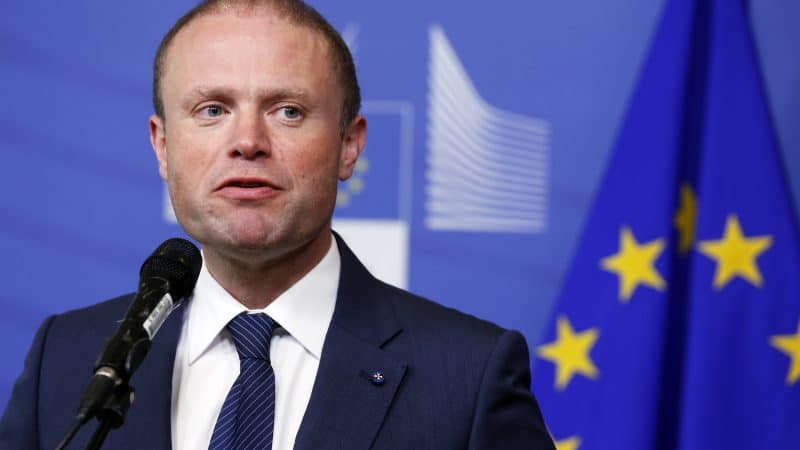 He tried to fudge it later but he had said it. Joseph Muscat told Simon Busuttil he should not ever be allowed in Malta. It was not a slip of an angry moment. It is an idea the prime minister wants to push right into the mainstream.

I meet people who have the culture, the means and the courage to think of leaving Malta while the madness here goes on. None of them thinks they have stopped loving the country by thinking this way. The reasoning is you only live once. There’s so much of your life and your children’s life you can dedicate trying to squeeze camels through eyes of needles. At some point, you think you want to enjoy Malta in dozes short enough not to care too deeply about its politicians’ corruption and about the gangsters who run the show.

The first to go are people who moved here from somewhere else for whom Malta started out as a paradise away from home and eventually became a sour experience.

Those get a special treatment that pushes them out first: ‘if you don’t like it, go back to your country’. That deeply offensive xenophobia, an incomprehension of a world beyond the wet horizon of one’s experience, is not what someone who has already moved once in their life would want to stay in a place to face every day.

For people for whom Malta has been their home all their life moving away for greener pastures may be a choice they would be willing to make. But that’s altogether different from being thrown out.

The line the government is taking, the tone of the discourse, and the brief given to trolls and hecklers in the street is now of a cleansing of dissent. A large majority of the country has bought with enthusiasm into the cult of the strong leader. A large number, in addition, is indifferent about corruption and will not examine a government too closely while the money flows. More yet keep their opinions to themselves. For some discretion is the better part of valour. For others the fear of consequence is real. And for others yet opinions are an indulgence when earning a living requires government favour.

Then there are the pesky few and shutting them up in a way that works has become a mission that is stretching the limits of Joseph Muscat’s vicious creativity. But there’s something about the Maltese reality that Joseph Muscat understands deeply. The Maltese care a lot about what the rest of the world think of them but think it is their duty to disabuse any opinion that doesn’t fit their centre-of-the-universe view of their country.

Our intuition dictates that if someone does not like something about Malta there must be something wrong with them and they should bloody well bugger off, thank you very much.

The way the government has been hanging its critics is to show them in cahoots with these rotten foreigners who are mad enough not to be admitting they wish they had Joseph for their own countries.

And the inference is obvious. Maltese people who are friendly with outsiders who do not like us should pack and leave with them.

There was a time when banishment was a punishment in the menu of penalties available to tyrants. Of course today in legal terms we would think it uncivilised. Even criminals are citizens and no one can be stripped of citizenship itself if they were born into it.

But this sort of pressure exists outside the narrow terms of the law. This is a moral, psychological pressure which combines fear with shame to squeeze out dissenters and push them beyond that wet horizons from where no one here can hear them moan.

Shut up. Shame on you. Why don’t you kill yourself? Hypocrite! Why do you speak against Malta? You don’t deserve to be Maltese. The government should lock you up. If you provoke you must expect a reaction. We got rid of one and here you come: do you want to make the same end?

This is not just unpleasant. This is an execution of a sentence. The fact that we who have to face this do not accept our fate and march along as if all this taunting does not exist doesn’t make it any less true.

There is no law to strip one of the right to live with serenity in one’s own country. For some of us if the price of serenity is complicity, hypocrisy, misguided loyalty, obedience, fear and silence, then the price is too high. We are given a false choice; we are invited to go along with the cult or to walk away from the country altogether.

As equally horrible to us is either outcome, it is equally desirable to them. Acquiescence or departure — a choice between exile of the mind or of the body — are both a victory for a government that tolerates no dissent.

There was Joseph Muscat yesterday, his livid fury and his visceral hatred entirely overtaking his basic faculties of self-control. And he summed it up in one notion: his critics must leave the country to leave it to him to bustle in.