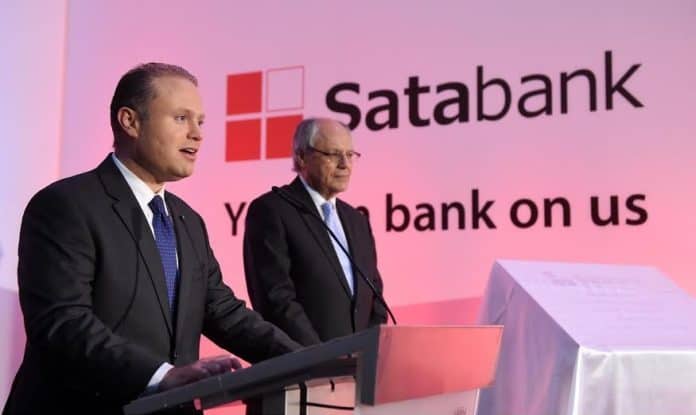 The current situation at Satabank is being underestimated because its client base is mostly foreign and we don’t have typical Net or One phone-in callers with their salaries trapped inside. But though the political fallout of a freeze on transactions on a domestically-focused retail bank would be politically massive, the economic fall-out of the state of affairs at Satabank is likely to be greater yet.

After a couple of posts here on the subject, I have been receiving calls from all over the world from very worried clients.

They range from an expert financial services advisor licensed in the UK whose retirement plan of €200,000 is trapped inside the bank to a Brazilian client who saved money at Satabank for about 3 years to avoid the instability of banks in her own country. She has less than €4,000 euro inside the bank which in her economic reality is a cause for despair.

The financial services advisor with €200,000 trapped at Satabank told me she was first introduced to the bank three years ago when her Dublin accountant put her in touch with a Maltese corporate services firm. They advised her Bank of Valletta would not consider anything less than very large deposits from a non-resident client and they referred her instead to Satabank.

Over the space of three years, the client deposited a large component of her retirement plan at Satabank.

She first heard she could not access her funds yesterday afternoon. Up to even yesterday morning, her Maltese account handlers were asking her to verify the provenance of funds she had deposited recently without even a word on the fact that Malta’s financial services regulator had ordered her bank the day before not to allow her to withdraw her funds.

The client who spoke to me in confidence expressed anger at her local financial services advisors who did not warn her that already last July Satabank was fined by the regulator for breaches of anti-money laundering procedures. “That would have been an alarm bell. I would not have left my money sitting in a bank breaching anti-money laundering laws. My money is clean. I would have taken it out there and then and deposited it in some other bank”.

The client, an Irish national who resides in Portugal, referred to my earlier blog post when I referred to a story I published in March, later retracted, that Satabank was under investigation for anti-money laundering rules. “If you knew something was not right, Malta financial services professionals would have known as well. And yet they told us nothing about this. My Dublin accountant has seven other clients banking at Satabank. All he got was an email from Malta yesterday afternoon which is how we first heard something was wrong”.

In reply to questions by Times of Malta, a spokesman for the Malta Financial Services Authority said the regulator was “acutely aware” that several Satabank clients were trying to access and use their funds, particularly companies that needed money for operational reasons.

“The MFSA is actively looking into the matter to find a practical solution to minimise the inconvenience as much as possible,” he said.

The Irish customer, licensed by the UK regulator to provide financial services advice for the last 35 years, told this website that “the money in the bank may be safe and may eventually be released back to us. But if I ever get my money back, I’ll take it immediately out of Malta.”

“You think this has no impact in Malta because Satabank is a foreigners’ bank. But this episode is causing amazing damage to Malta’s reputation. This is not just about the bank. The fact no one warned us clients of what has been going on for months betrays the trust we had in Malta for our banking”.

“You will not be running a surplus for long at this rate,” the irate Satabank customer concluded.

The Brazilian customer who spoke to this website on condition of anonymity told me “many Brazilians are desperate. We do not know what to do. We kept our money at Satabank to pay the rent. I have €3800 trapped at Satabank. For us Brazilians that’s a lot of money”.