Robert Mugabe used to be the darling of the West. His fight for majority rule in Rhodesia was respected because it was just. And his government was mostly sensible at first. He was used to being portrayed well in the international press as the Good African President.

Then corruption, tyranny, greed and violence set in and the views of the world turned sour. And Robert Mugabe reacted by blaming the world’s press as unfair and serving the interests of “neo-colonialists” who were out to get him.

The Labour government, that enjoyed such undeserved flattery during Malta’s EU Presidency, is realising the world press has now seen through it. Glenn Bedingfield tried bullying John Sweeney as he would me or little old Maltese hacks. And now Tony Zarb is starting a Facebook campaign to tell the world’s media they are being “unfair on Malta”. Which is his Mugabe way of equating criticism of corruption and violence in Malta with some form of ‘neo-colonialist’ attack from outside.

Yesterday I was with Richard Engel, chief international correspondent for NBC. We met outside Parliament because he wanted to interview me. But when he saw Chris Cardona rush by he dropped me to ask the Minister some important questions. He asked him what was he doing meeting assassins the police accused of murdering a journalist. Chris Cardona did not reply and walked by.

You see Tony Zarb, that is what makes Malta look bad. The fact that our government does not have an answer to the question of why a Minister is buddies with an alleged serial assassin whose last hit was a journalist that criticised him.

Now run your Facebook campaign to tell them they’re not being fair and see if they’re impressed. Or do something useful for your country and join us in telling Chris Cardona to leave his Ministry and start answering these very serious questions. Then the world press will find out that after all justice in Malta works. 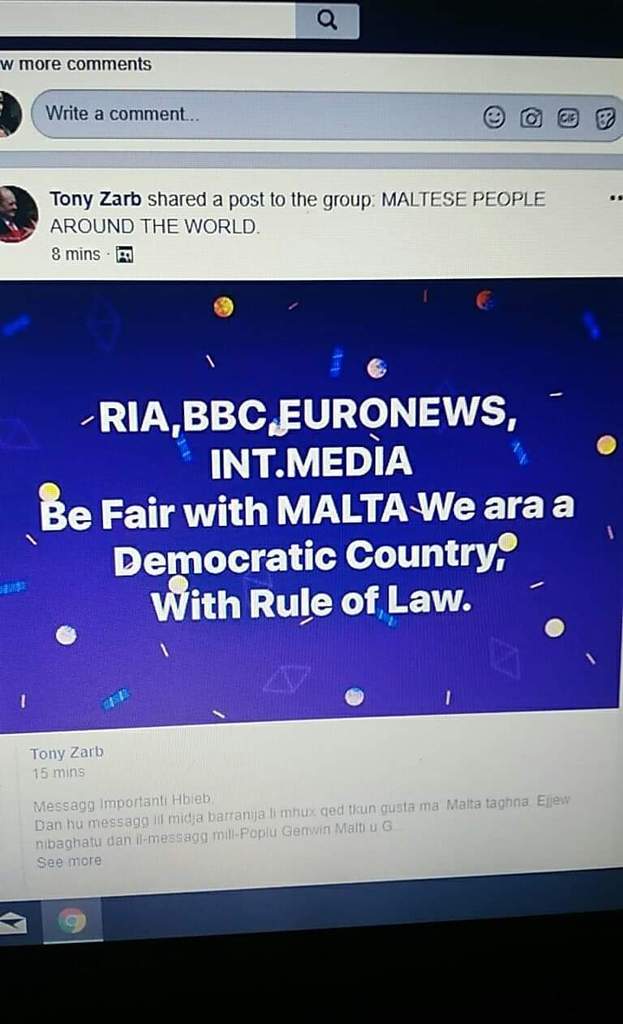 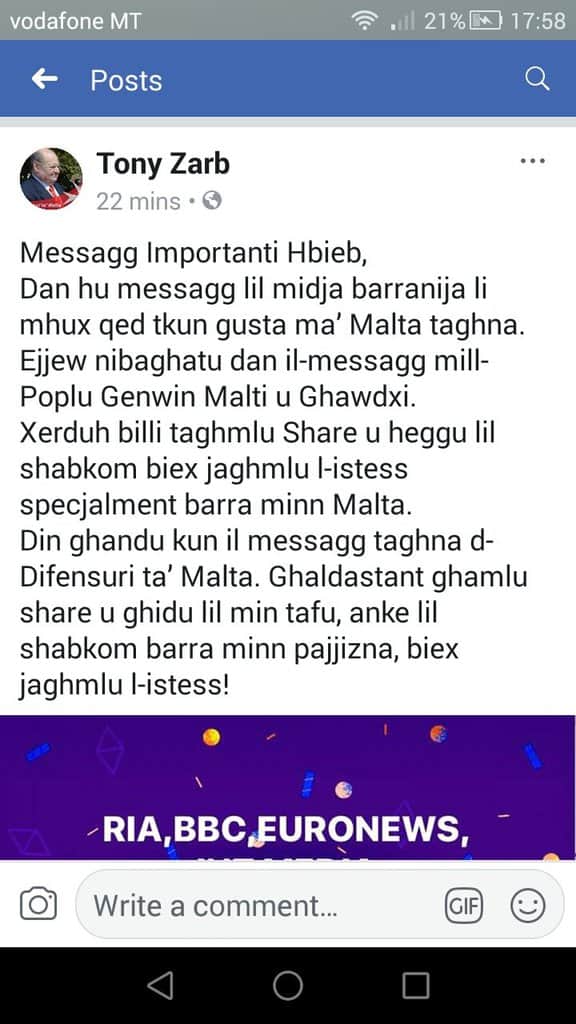