THE SUNDAY TIMES: More than a mile 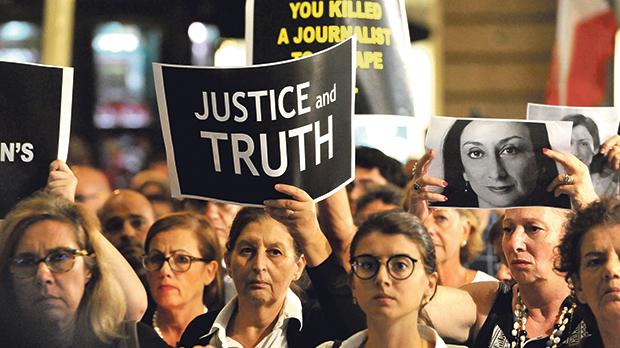 “The hope that energises the campaign for truth and justice is not the promise of final victory. Hope comes from the fact that disobeying an illegitimate order, protesting, reminding what others would rather be forgotten, placing flowers and candles in protest and memory, knowing they would be removed again and again, demanding the resignation of corrupt officials in power, speaking out despite harassment and retribution – this is speaking truth to power and being true to oneself.

“Those thousands in Valletta, in claiming their right to justice, served justice unto themselves. They did more than walk a mile. They refused to wait for their rights to be granted but made some attempt to grasp hold of them.”

The piece is an adaptation of a speech I gave at the March for Truth and Justice, October 16th last.