We walked into the police station. And then back out again.

So we went to the police station this morning to accuse the Cleansing Department of stealing the protest memorial: the banner, the flowers and the candles, including the wreath left by the Leader of the Opposition.

The wreath did not have the identity of the Leader of the Opposition still stuck on it but I can provide photographic evidence he put it there so it was stolen from him.

In the meantime, #occupyjustice and I made sure we let everyone know the banner we placed there at considerable expense belonged to us. 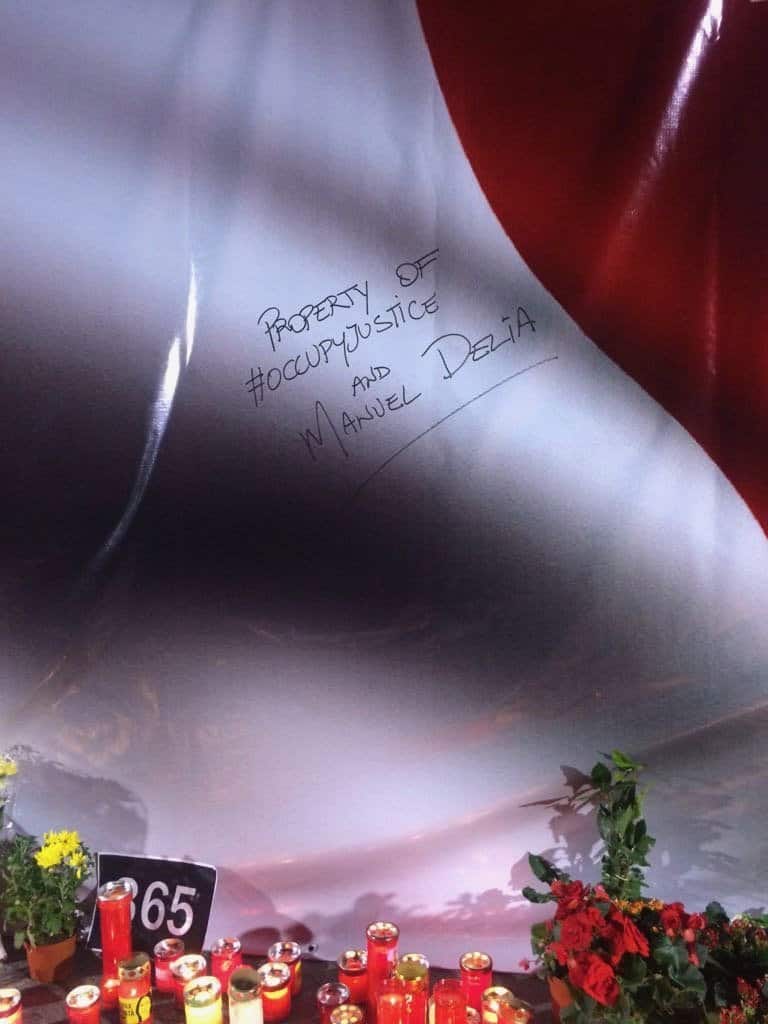 Since I’m going to assume there was no divine intervention in this process, the higher authority is Joseph Muscat who in spite of assurances he gave to the Maltese press that he would let the justice process take its course and decide on our right to protest and in spite of assurances he gave to international press freedom NGOs that state action censoring protest would be reviewed, ordered the censoring of the protest yet another time.

The thing is the Cleansing Department now refuses to return our property and told us that if we have anything to complain about we should do so with their lawyer, former Labour candidate Chris Cilia.

Not the attorney general. Not even good old Joe Brincat. Now we’re being sent to Chris Cilia.

Here’s the deal, ladies and gentlemen of the police. That is our property. It’s been stolen and we have pointed at the people who stole it and they have admitted in your presence they have done so.

And they are refusing to return our property. Do you have the courage of doing your job and exercising the responsibilities the law gives you to order the people who stole our stuff, by their own admission, to give it back to us? And to the Leader of Opposition, I should imagine.

Or must victims of theft now need to persuade the thief’s lawyer before they can get their property back?