Are you lying to yourselves or just to the rest of us? 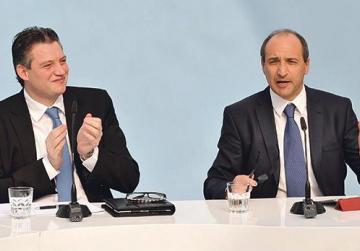 Everyone understands something very basic. If you do something illegal, the police should look into it, investigate what really happened, collect the evidence of wrong-doing and then accuse you of that wrong-doing in a court of law where they then need to prove it.

Whatever else, anyone else might do to help prevent or uncover crime, or even collect evidence about it, a crime is always and only “a police matter”.

But police cannot punish people. Only courts can do that. Which is why we keep the two separate. And then, when punishment is handed down, you can appeal to a higher court to have the first decision reviewed.

Keith Schembri and Konrad Mizzi are facing irrefutable evidence of having committed a crime. Since that is the case, the police ought to be on their backs, collecting evidence (which is available online), arresting them, arraigning them and prosecuting them in court.

That has not happened.

Whatever else is or is not going on are sideshows. Keith Schembri and Konrad Mizzi want us distracted by sideshows so their friend and partner, Joseph Muscat, got all Labour spokesmen to repeat mantras that are nothing but barefaced lies. Such as that ‘an investigation is going on’.

It absolutely is not. No one is investigating Keith Schembri and Konrad Mizzi apart from journalists.

The state is captured and is failing in front of your very eyes.

When Simon Busuttil acquired a court order for the police to investigate the Panama Papers, he asked for it in the first place because the police failed to act of their own accord, as is their duty.

That is most definitely not how most crimes are investigated and prosecuted. That’s like expecting someone stabbed in the back to need to go to court before the police ask her who stabbed her so they can go nab him.

Simon Busuttil went to court precisely because there was no investigation and by getting a court order to the police for an investigation to start, he still did not move the police to do their job. They’re still not doing it.

Joseph Muscat, Konrad Mizzi and Keith Schembri appealed the court order. Labour is patronisingly preaching that this was within their rights “because everyone has the right to appeal a judicial process” as Chris Fearne ‘explained’.

Oh for fuck’s sake. See why we have to say fuck all the time?

Once convicted they sure have a right to appeal, Chris Fearne. They would even get a driver paid for by the state, to ferry them to court while their appeal is being heard in a van with CCF written in big bold lettering on its sides and flashing blue lights on top.

That’s the appeal they have a right to.

The appeal they are pursuing now is an obstruction of the justice we want to see done. No, it is not rule of law when the law is only used for the convenience of the powerful. Because the law has already failed to apply when the police failed, as they fail every day, to act on Keith Schembri and Konrad Mizzi.

What is even more fucking blood-curdling is the fact that Konrad Mizzi’s and Keith Schembri’s (and Joseph Muscat’s) appeals, whatever their outcome, are irrelevant to the police’s obligation to investigate and act.

If the appeal is denied and the first court order to the police to act is confirmed, then the police might have no choice but pretend to go through the motions and investigate.

But if the appeal is accepted and the first court order is nullified, the police are not relieved of their duties that arise from the fact that the evidence — especially evidence Simon Busuttil did not have in his possession when he filed the application to the court all those months ago — is now openly available.

If someone were to rob your house and you get CCTV footage, fingerprints, DNA evidence and three eyewitnesses to identify who it was, do you expect you’ll have to go to court to get them to order the police to arrest him? And if you did that would you also tell yourself he’s only exercising his rights if the guy appeals the court order and while he does the police stay at home watching him sell your property on eBay?

Can’t you see that when you collaborate in such an injustice, you are really cheapening the justice you yourself might need to seek one day?

Can’t you see that in protecting your boss’s job you are betraying your obligation to protect our country from crime and corruption?

Are you managing to lie to yourselves quite this far?

Previous:More free than ever
Next:‘Investigators’ tell The Sunday Times they’re near solving Daphne’s murder. They didn’t tell her family that.