‘Investigators’ tell The Sunday Times they’re near solving Daphne’s murder. They didn’t tell her family that. 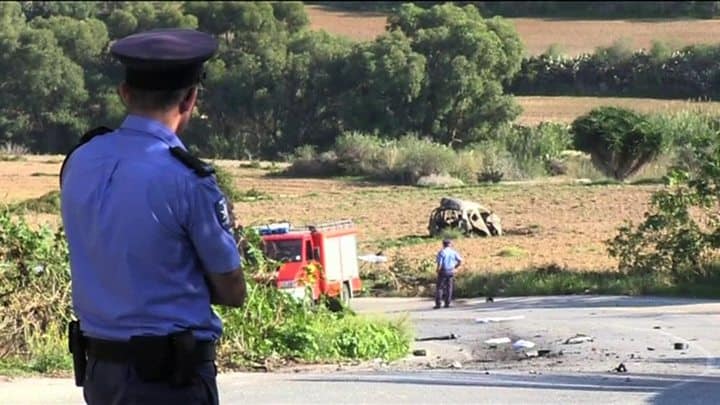 ‘Investigators’ told The Sunday Times they know who commissioned Daphne’s murder. The story, by Ivan Martin, quotes a level of certainty that suggests that arrests are imminent. Judging by what the story says, the police have been busy solving the crime while we were exhorting them to do so and berating them for looking not too keen.

The same front page of The Sunday Times has another story by Ivan Martin. ‘Investigators’, presumably different ones, assure The Sunday Times 17 Black is being ‘investigated’. The newspaper is informed a criminal investigation is underway — which means the police — and a Magisterial inquiry has started — not one initiated by Simon Busuttil and stuck in Joseph Muscat’s appeals, but one initiated by the police investigation.

Judging by what the story says, the police have been busy solving the crime while we were exhorting them to do so and berating them for looking not too keen.

But something is seriously off.

Why didn’t they say this before? Why don’t they say this properly and officially? Why has the Police Commissioner not called a press conference or made a formal statement announcing the investigations and their current state of play?

Why haven’t the family of Daphne Caruana Galizia been briefed on progress in investigating who killed her?

After all the claim and the protest in all this time was demanding justice for Daphne Caruana Galizia — for her assassination, for her stories, and for those who perpetrated the crimes she exposed and the crime that killed her.

Why cause all this pain in all this time?

The government desperately needs the front page stories of The Sunday Times to be true. It needs to look like it is not preventing laws from functioning in this country. And it needs the rest of us to shut up about it.

Like this morning’s interview of the UK Times with Matthew Caruana Galizia.

Here’s an extract which is especially significant given what we’re reading in Malta’s own Times today:

Matthew’s eyes blaze as he expresses his frustration with the police, who “scarcely communicate” with his family now: “It’s a mixture of incompetence, disrespect and outright disdain for us and what we’re trying to do.”

In the two years leading up to his mother’s assassination, five car bombs exploded in Malta, which he believes were practice runs. “Either deliberately or through incompetence, the [perpetrators] got away with these bombings, which the police were completely ineffective at investigating,” he says. “They were allowed to perfect this art.”

The police still believe the person who ordered the murder is at large: “They are looking at it as simply an opportunity to attack the lowest levels of organised crime, not going after the people who gave the orders.”

Daphne’s family are worried that elements in the government are protecting that person, as no one has listened to them about the likely involvement of organised crime in her death.

Similarly, the prosecutor refused to act on stories his mother reported about politicians: “[He] dismissively says, ‘You can’t expect us to prosecute over something that was published on a blog’, but it’s not evidence that my mother created; it came from whistleblowers and people within the government.”

Read the full story on the UK Times page here.

We obviously have to see what these ‘investigators’ come up with. In the meantime, the call for justice continues unabated until it is answered by the institutions of the state.

Previous:Are you lying to yourselves or just to the rest of us?
Next:Repubblika: A civil society movement