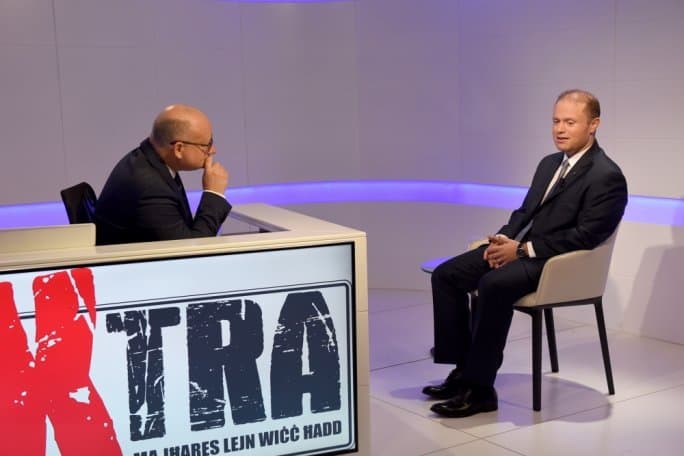 I had been looking for the right quote because I knew he had said it. I found a quote from the eve of the last election saying that if charges were brought against Keith Schembri he would have to resign. I found a report of the prime minister announcing his Cabinet in 2017 and confirming Keith Schembri as his chief of staff saying he would have to go if criminal investigations started. But that was on the Chamber of Commerce website. I hope this doesn’t come across as insulting but I thought maybe Joseph Muscat could get away with saying the guys at the Chamber are not expert journalists and their shorthand may have failed them.

Il-Kenniesa found the right quote. It’s Joseph Muscat, alone, in his comfort zone in Saviour Balzan’s white sitting room. “Keith Schembri has already said that if one way or another any type of criminal investigation is initiated about him, he would resign immediately from any position he holds”.

Joseph Muscat fully expected when he gave that interview that the truth would never out and he would never have to live up to his own commitments. Journalism has exposed him. Now he is quite possibly pushing this one level up. He is harbouring fugitives in his office. He is obstructing justice. They must go and he with them.

Previous:Michael Farrugia confirms, then backtracks. But did he do either?
Next:I’ve never been compared with a North Korean Ombudsman before