Michael Farrugia confirms, then backtracks. But did he do either?

This is a statement issued by the Department of Information some time ago.

This is supposed to be a clarification to what Michael Farrugia told TG3 yesterday. That comment appeared to confirm The Sunday Times’s story yesterday that someone was about to be arrested for commissioning Daphne Caruana Galizia’s murder. That was how I understood him to mean, though not everyone agreed.

I’m not sure anymore if his comment to TG3 of yesterday was a confirmation of The Sunday Times’s story quoting ‘investigators’ saying arrests were imminent. But then I’m not sure this is a denial either.

These people are playing games. Whether because they are hopelessly incompetent, utterly overwhelmed, distracted by fear or conditioned by pure malice, this is a shambles of unprecedented proportions.

The world is watching them and look what they come up with. They even managed to confuse yes and no and the more they say — however little it is — the less we understand.

Months ago the family of Daphne Caruana Galizia asked for a public inquiry to be conducted independently of the government to find out who was responsible for what and whether the state knew about the murder before it happened and whether it could have done anything it did not do to stop it. The need for an independent inquiry now grows ever stronger. The increasing and inescapable suspicion is we are being manipulated and justice is chained to a rock as her innards are pecked by vultures.

We are, in essence, being toyed with.

Someone asked me, tauntingly, if I am happy someone is being arrested. That is like asking me in November if I like my as yet unpurchased Christmas present. I want nothing but for justice to be served. What we’re getting instead is this comedy of errors. Scratch that. We’re getting a state-perpetrated conspiracy to frustrate justice. 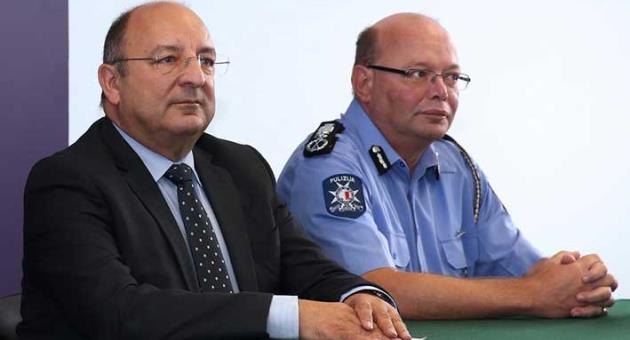