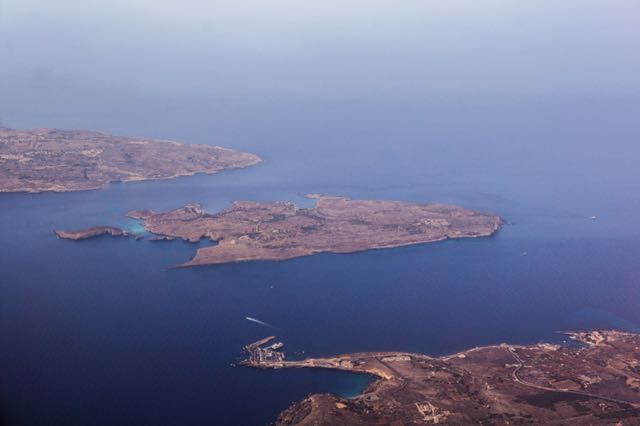 As anyone would, I have my views on an inter-island tunnel.  But that’s not what this blog post is about. As you might expect I have strongly held views on transport but because I worked in transport policy for some time I would rather avoid risking mixing issues here.

This blog post is about what most of what is published on this blog is about: good and bad governance and the way out country is administered.

The government took to Parliament a vote on whether there should be a tunnel between Malta and Gozo. It’s a strange question to ask Parliament. Parliament makes laws or approves the allocation of public land to some specific use or determines the high-level structural plans on which Malta’s infrastructure is designed.

But yesterday’s resolution was an opinion poll. Do MPs think there should be a tunnel between Malta and Gozo?

All except the PD MPs said they did.

But how is this useful?

Since Parliament did not adopt some ‘Gozo Tunnel Act’ that bypasses all other legislation, the process required for a development of this size still needs to happen. Technically it’s eminently possible that a permit to dig the tunnel is refused. That process is designed to exclude political intervention. Of course, there are millions of miles between the intent of the law and what happens in real life.

We know political interference is rife.

So why did the government feel it needed this resolution before the planning authority and the other relevant regulators get to consider the case?

Because the government is worried that a rational approval process is likely to yield a negative result: rationally, the tunnel should not happen. The science, the measurement of environmental impact, the analysis of costs against benefits, the comparison with other options are likely to tell us that the tunnel is a bad idea.

These impact assessments are required in our laws and in the international commitments we are party to because painful and expensive as they may be they are far less painful and far less expensive than realising a white elephant has been built (or in this case dug out) when it is too late to do anything about it.

In the meantime, there is one set of studies that has already been completed and that we’ll never read: that the people involved in the project will make far more money if the tunnel is commissioned than if it isn’t.

The people with those interests cannot afford due process to scupper their plans.

Whatever the science says, the tunnel must happen — and the inevitability of its happening has now been declared by both sides of the House. There is no scenario — no election result, no change of Minister or of government or of the party in government — where the political forces in this country will not want the tunnel to happen.

This is going to happen.

We’ve always known those interests over-rule anyone and anything. The willingness of our political class to serve those commercial interests has rarely been more explicit than with this Parliamentary vote.

I remind you again: it was not necessary at all. There is nothing in the process required by law that necessitated this vote. This vote makes the tunnel as real or ephemeral today as it was before it was taken.

This was a mere political declaration intended to morally over-rule due process, proper governance and the application of the law that should be equal to all of us but is wiped away when higher interests come into play.

Parliament should be the highest democratic institution of the State. But that also means that it is endowed with moral and legal power that require it to exercise restraint and to act in the public interest.

The PN Opposition has allowed itself to collaborate in this act of legislative bullying. Privately some of them say it’s not like they had any choice. The tunnel will happen anyway, many of their supporters would like to see it done, and looking like they’re against it will make them look bad.

Except of course that voting against yesterday’s resolution would not have amounted to blocking the tunnel.

It would have amounted to objecting to the callous way the due process is being undermined, to the fact that the government is demanding a decision before the studies are conducted and published forcing an uninformed decision on a clueless but intimidated Parliament.

Saying no to this was a public duty of the Opposition, that only two of its members — the PD members — lived up to.

I suppose perhaps it’s because the Farrugias of the PD feel they have nothing to lose and can afford to speak their minds.

But when the main Opposition party feels it’s not free to speak its mind “let’s face it,” in the words of the great Martina Farrugia speaking last Tuesday in Valletta, “what we have is a tyranny”.

Previous:The shrinking of press freedom
Next:GUEST POST: If for one day I could be …