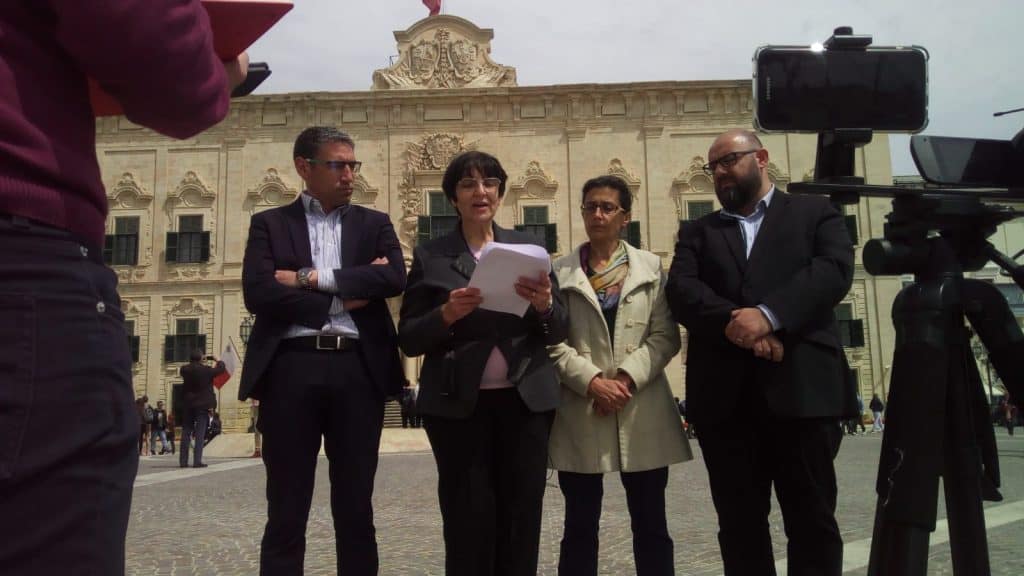 REACTION BY REPUBBLIKA TO THE GRECO REPORT

At the request of the GRECO committee, the Government today released the findings of the Group of States against Corruption, known as the GRECO report.

Malta joined GRECO 20 years ago. During that period, it has received 4 reports. Each time it has received recommendations for improvements in its anti-corruption institutions and structures. However, never before has GRECO found the country so perilously close to a Mafia state. It has never needed to send such a long list of recommendations to guarantee Malta a semblance of democracy.

The report clearly concludes that Joseph Muscat’s government identified all loopholes and flaws in the legal, and administrative systems it inherited and exploited them to the fullest through systematic nepotism, cronyism and legally correct, but totally unethical, means and in negation of the spirit of the law

The GRECO report is a detailed document describing a corrupt and mafia-like state of affairs which did not exist prior to Muscat’s premiership.

Joseph Muscat’s Government has dragged its feet, systematically preventing, by any excuse imaginable, access to freedom of information, and also protected the corrupt appointments taking place despite conflicts of interest and a history of allegations of corruption.

Joseph Muscat has obstructed justice, preventing the due course of law to judge over corrupt practices. He has done this through the appointment of people to the boards of authorities originally created to restrain and prosecute corruption.

The GRECO report should be seen in the context of other reports by the Council of Europe, those prepared and those being prepared.

The Moneyval update report which examines the country’s financial institutions, finds that despite adequate laws, Malta is making no effort to combat money laundering.

The Venice Commission report which looked at the legal structures of the state found that although the Malta has been an independent state for over fifty years, this Government has exploited all loopholes such that today one can say that Malta is no longer a functioning democracy.

The GRECO report emphatically throws out the government’s excuse that it has inherited defective laws. Rather, the report clearly states that, on paper, Malta is well served by current laws and institutions to fight corruption. However, it is the lack of proper application of said laws and institutions that has allowed Malta to become a corrupt and corrupting State.

Paragraph 103: In other countries, institutions would have acted without waiting for someone’s permission when faced with the type of serious controversies that have been occurring here in Malta over the last few years, such as the Egrant case or the cases of the Panama companies, the 17 Black scandal, and other related scandals.

GRECO pushes back on the excuse voiced by the Police, some local Magistrates, and the Court of Criminal Appeal that before starting investigation, the Police must first have the evidence in its possession. GRECO say the only reason there actually had been an Egrant inquiry was because the Prime Minister – himself suspected of committing the crime – asked for it. Until he asked for the inquiry, not a single one of the country’s institutions moved to investigate serious suspicions of a crime, simply because the suspect was a person of power.

GRECO remind that our very own Criminal Code clearly provides that it is the job of the inquiring Magistrate to collect the evidence, not of the applicant who asked for an inquiry to be conducted.

GRECO’s report shows very clearly that the decisions of the Police led by Lawrence Cutajar, and the Court of Criminal Appeal presided by Judge Giovanni Grixti, abandoned the principles of Maltese law in order to protect corrupt politicians.

Paragraph 107: GRECO observe that in spite of all the evidence, which has been publicly available for at least the last three years, the allegations against powerful people in Malta – Joseph Muscat, Michelle Muscat, Konrad Mizzi, Keith Schembri and others – were never investigated except when the suspect of the crime himself – in this case Joseph Muscat – asked for an inquiry to be conducted to launder his reputation.

This – and we are quoting verbatim – “conveys a feeling in the public that senior officials benefit from a total impunity for their actions. This is worrying.”

GRECO foresee that the new Commissioner for Public Standards will be as useless as the Permanent Commission Against Corruption has proved to be.

They commented that the appointments of hundreds of so-called persons of trust is not merely unreasonable. GRECO suspect this too is a corrupt act. They ask how it can be that someone as shady as John Dalli might find himself appointed a consultant to the government.

And GRECO also recall the actions of the authorities following the assassination of Daphne Caruana Galizia.

All of these lead to the informed opinion that Malta is a State of corruption.

There are more details that we encourage you to look into in the GRECO report because it is important that the public is informed about them.

It is crystal clear that the institutional collapse in Malta began that day in March 2013 – the corrupt plan started being implemented when Nexia BT’s Karl Cini informed Mossack Fonseca in Panama that they were to assign three secret companies: one to Keith Schembri, one to Konrad Mizzi and one to the third person in this criminal conspiracy.

From that day they eroded all the institutions that should have been investigating the inception of that conspiracy to commit a crime. From that day our democracy was sacrificed to protect criminals.

To ensure that Keith Schembri, Konrad Mizzi and the owner of Egrant would not be arrested, interrogated or charged according to the law, Joseph Muscat and his government fired, appointed, manipulated, controlled and intimidated, regulators, the police, prosecutors, Magistrates and Judges.

These conclusions dismiss the government’s strategy to react to these reports by rushing through amendments in our codes of law.

The problem does not lie in our laws.

On the 16th October 2017, Daphne Caruana Galizia was assassinated. On the 23rd October 2017, fifteen thousand people gathered in the streets of Valletta demanding the resignation of Lawrence Cutajar and Peter Grech, and asking for a change in the methods of choosing their replacements.

Since then, Daphne Caruana Galizia’s sons have won a constitutional case demanding the removal of a Minister’s husband appointed to investigate their mother’s murder. However, Silvio Valletta is still controlling the Department that is meant to be investigating Keith Schembri and Konrad Mizzi.

Peter Grech passed on a copy of the inquiry to Joseph Muscat before he had even read it himself, and Owen Bonnici, who is Grech’s Minister, declared that he was Joseph and Michelle Muscat’s lawyer.

Konrad Mizzi and Keith Schembri lied about having companies and trusts in Panama and New Zealand. They lied and weren’t fired. They lied when they said that there were no arrangements for them to be paid through their hidden companies. They again lied and still weren’t fired.

The government has incapacitated public service, exercising rampant nepotism in regulating gaming and banking and opening the door to fraudsters like Ali Sadr Hasheminejad as well as the Mafia and ‘Ndrangheta who have infiltrated the gaming sector. And all this to dip its snout in the trough of illegal gains.

In this context of organised crime, of a secret and criminal association between politicians and businessmen, of a conduct of omertà by the institutions manned by the cowardly and the corrupt, it is not at all surprising that a journalist that was revealing all this was killed in a Cosa Nostra-style bombing.

It is not acceptable that the GRECO report be shelved, along with all the others, as though this were a matter of no importance.

GRECO show we were right to demand the resignation of Joseph Muscat. The Prime Minister bears the responsibility for the collapse of the entire constitutional and legal infrastructure of our country.

But responsibility also weighs heavily on the conscience of all those that have allowed this to happen.

This report is a clear message to the Malta Police, the employees of the Attorney General, regulators, Magistrates and Judges, the Commissioner for Public Standards, the Ombudsman, the Auditor General, Maltese journalists, academics, civil society and the Opposition: Malta’s government has seized the institutions and has institutionalised corruption.

But they have the duty to stop this. It is high time for everyone to shoulder their responsibilities.