Continues from yesterday’s article on ‘the Maltese Enlightenment’. 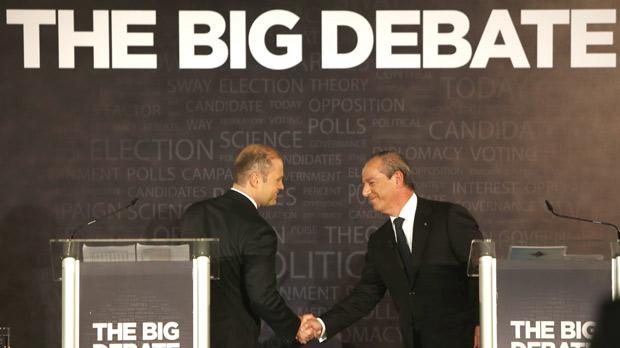 Displacing Labour is no easy task. Rather, these socialist parties self-destruct as a result of hubristic economic mismanagement.

In Dom Mintoff’s bleak republic, he indulged in strident social engineering but was ultimately thwarted in his objective of a one-party state by the strong leadership of the Nationalist Opposition. Joseph Muscat attempts to emulate his predecessor with his second republic composed of six different castes. Only this time, he is within a hair’s breadth of fulfilling Mintoff’s objective of a one-party republic.

His dystopia is a combustive tinderbox of six different castes crammed within the confines of our tiny island – the overclass, the capitalist middle class, the traditional class, the indoctrinated lower class, the new poverty class and the new slave class. This society is a chilling throwback to the Pharaohic ‘Eye in the Sky’ type of government. The Nationalists will forever remain unelectable as their votes can come only from the traditional middle class. And even that vote is divided, as long as Delia remains the leader.

At an international forum for Socialist parties, Muscat delivered a typically stilted, meaningless speech where he advocated capitalism. Not surprisingly, the audience was unimpressed and stony-faced throughout. To make matters worse, he inflated himself and then triumphantly urged them to adopt his model of socialism as it has been so successful in Malta. Labour exponents have always been a pathetic liability when representing Malta internationally.

The attempts of Adrian Delia’s faction to remodel the Nationalist Party along Labour lines are doomed to failure. Rightly, they have realised that Lawrence Gonzi and Simon Busuttil lost their elections because of their attempt to raise local politics to as close a European standard as possible – what we call clean politics. They did this by cutting down patronage to the minimum level possible for the party to survive.

They also attempted to give the environmentalist policy priority over the development policy. Both these initiatives triggered a flow of a large amount of capital into the hands of the Labour Party. Concomitantly, there was the swing of a huge segment of the electorate – disgruntled Nationalists denied patronage or pjaċiri and an even larger group of people reliant on the construction industry for their living – tradesmen, entrepreneurs, estate agents, notaries, architects, businessmen, etc. This is the new middle capitalist class that Muscat brags about.

In order to win this class back, Adrian Delia is proposing patronage (hence corruption and discrimination) and construction policies at least at the level of Labour’s practices. In that way, they would have a level playing field at election time. The problem is that Labour has set the bar so low, that the Nationalists can never compete with such a lowering of standards for the simple reason, that the dynamics of the two parties are different.

The Nationalists have to realise that this new capitalist middle class is a soulless, self-seeking opportunistic group. They wholeheartedly embraced the Nationalist party for 15 years because of the pre- and post-accession EU issue which only receded after Sant’s departure. During that time it was in their narrow interest to finance the Nationalist Party in their nation-building. Thereafter, they dumped the Nationalists with the same ease that one crumples and discards last week’s newspaper into the bin. Their utilitarian interests are now invested in the corrupt practices of Labour.

A Nationalist party anchored on Labour-styled corruption, fanaticism, greed and inequality  cannot thrive, as opposed to Labour’s behemoth that has to gobble up these ingredients like there’s no tomorrow  in order to keep growing.