How is that an answer?

This photo was going around yesterday snapped off the screen showing PN lead factotum Pierre Portelli (the more important one) having some form of conversation with Konrad Mizzi. The reason people shared it is that they were uncomfortable with it. People who are angry that Konrad Mizzi persists to survive with impunity with so much revealed about him are profoundly disturbed by the suggestion that his interests are also served by cooperation with a placid Nationalist Opposition. People prefer to refuse to believe that. But a picture like this is disturbing. 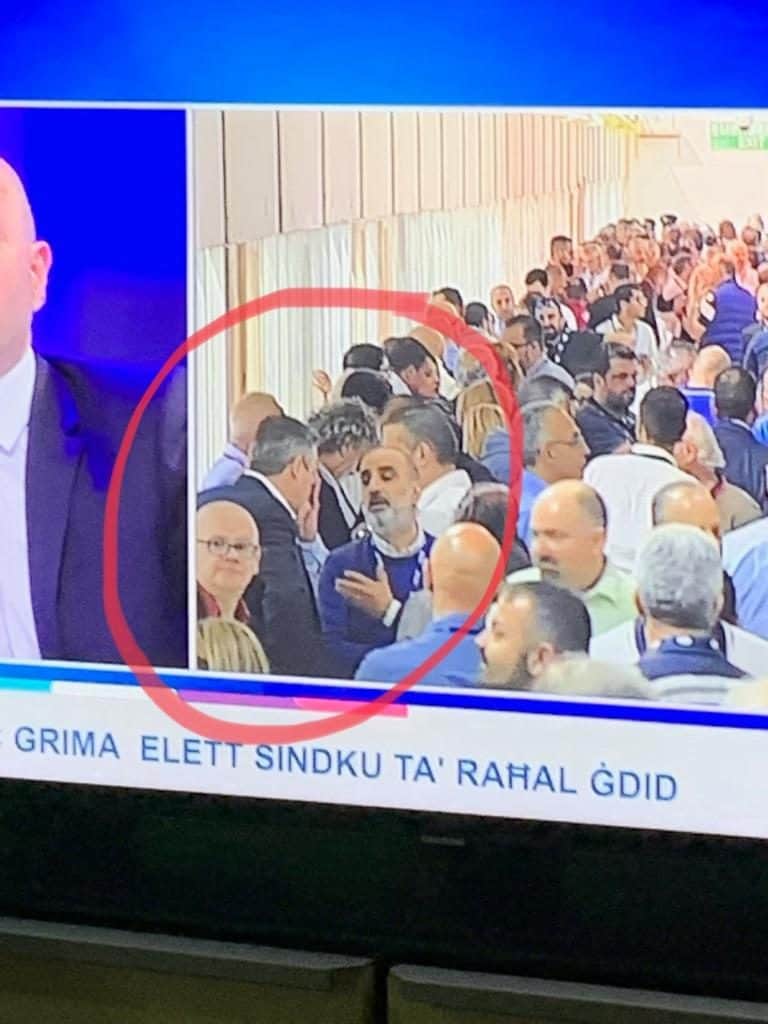 But I didn’t put it up yesterday. After all, the picture could mean anything. Konrad Mizzi could have just mistaken Pierre Portelli for someone else and asked him something while Pierre Portelli had to tell him he’s asking the wrong guy. After all the counting hall in Naxxar is hardly the ideal spot for a conspiratorial meeting. There’s no story here, I thought.

But then I saw Pierre Portelli’s reaction when he saw the photo shared on Facebook and I saw him make no effort to address the matter, explain what might have happened, assure his party’s followers there’s nothing to that picture except reluctant politeness which is wise in the context of the place and an assurance that he still thinks Konrad Mizzi should be facing justice rather than ballot sheets.

Instead, this is how Pierre Portelli replied with teenage emojis, ‘OMG!’ and ‘Get a life’ included in the package. 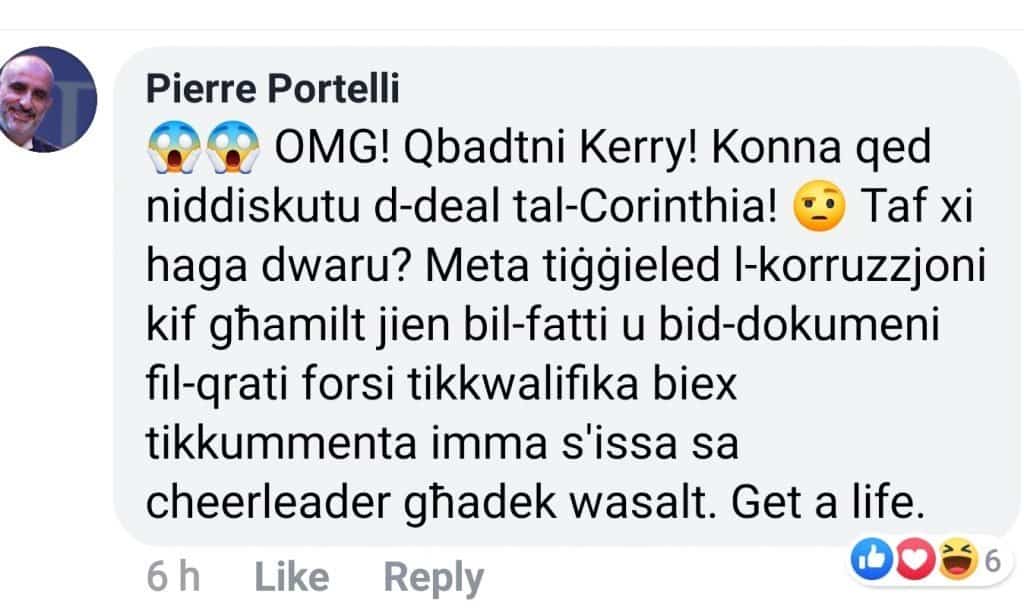 This is disdainful of people. It shows a complete lack of awareness of the position he’s in, how his gestures and his behaviour are under scrutiny and how in times of such political turmoil they can have a clear contribution to more frustration, mistrust and confusion.

He calls his critic a “cheerleader” and urges him to “get a life”. If everyone followed that advice, the PN would have no one leading the cheering. Not that there’s any of that going around.