Full of sound and fury, stratifying nothing. 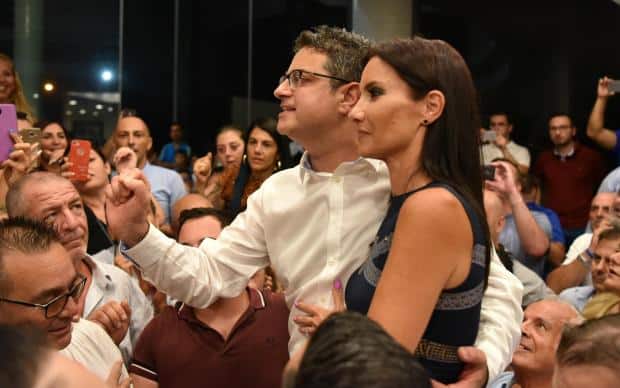 To bring down the divisions within the Nationalist Party to old-fashioned Marxist class conflict is nostalgic, simplistic and wrong. James Debono did so for MaltaToday. He is one of the sharpest minds writing in the press and his deep seeping in ideological analysis more often than not provides an alternative and sound insight.

This one was wrong. The PN is not trapped in class warfare between heroic proletarians protecting their revolutionary hero Adrian Delia and reactionary, obscurantist, standpatting Tory fox-hunting snobs who are looking to restore an ancien regime.

This analysis is as fallacious as the One TV notion that this is a battle between Adrian Delia and Simon Busuttil when Simon Busuttil has, since his last day as party leader, only spoken once about Adrian Delia and that was to say he we not altogether a-okay about being fired after the Egrant report was filed with its subject Joseph Muscat.

The issue of classism was often pinned on Daphne Caruana Galizia. She was schooled in a convent college in the 1970s and 1980s and that, for the residual ideologues that cure insomnia by repeating the mantra ‘jew b’xejn jew xejn’, is evidence of class distinction.

Then there’s the unforgivable crime of being born and bred in a certain part of Sliema which is confused in some people’s minds with Versailles, circa 1760.

Daphne Caruana Galizia was a woman of good taste, admired the beautiful things in life and had beautiful words to express that appreciation, insisted on proper behaviour and etiquette and was revolted by greed and partial social mobility fuelled only by money but bereft of the culture, sensitivity and generosity that should go with it.

She came from the city and lived in the country but she was neither urban elite nor a country bumpkin. Her values were not concerned with class but with taste, manners, ethics and behaviour.

People who fell foul of her high standards were not criticised because they were pitch-fork bearing proletarians seeking emancipation and upward social mobility. It was because the consequences of unbridled greed are the harm of society, the poorest first.

The richest in the country, business families organised like little mafia cosce, political dynasties including PN scions, prominent politicians, clergymen and captains of industry were in her line of fire on a regular basis: they were her daily breakfast which she chewed and spit out like a titan.

When it was fashionable for soldiers to beat imprisoned migrants with iron rods she took their side, sticking by people so poor they actually swam ashore with nothing on them and not a penny to their name.

Whilst despising the actual term, she was an exemplary feminist talking up issues that conservatives avoided like divorce, domestic violence, equality of rights within marriage and the pervasive discrimination suffered by women.

She studied in the State University and worked for her keep, giving no airs and manifesting no condescending upper-class behaviour except in the imagination of those on the wrong end of her criticism.

And yet she was charged with being motivated for her views, including on Adrian Delia, on snobbery. Nothing could be further from the truth.

I seem to have inherited this now.

James Debono’s article is spectacularly mistaken that my criticism of Adrian Delia is a product of the same (imaginary) snobbery, class haughtiness and anti-proletarian prejudice.

I’m as sloppy, as poorly turned out and as uncouth as the worst that got a right royal bollocking from Daphne Caruana Galizia when she still could. Incidentally, I too was born and bred in Sliema but that part of Sliema Labour would consider its enclave, politically and culturally. I have had nothing but state education, Maltese is my first language, have waited at tables and served up food in restaurant kitchens to earn my keep in my youth. I have campaigned for the PN meeting no social barriers, including in my adopted neighbourhood of Mqabba where a generally dim view of snobbery is mainstream.

I do not dislike Adrian Delia’s bullies and thugs because I’m a snob, whatever they may think my reasons are. Nor do I dislike them because I want their place, to be a thug for Simon Busuttil. I do not think he’s a plausible candidate for leadership given all that has happened and I very much doubt he thinks so himself.

I dislike them because they’re bullies and thugs. And I dislike their leader because he likes having them around.

In the meantime, do not miss this explicit, articulate and devastating bill of indictment of Adrian Delia’s leadership by Kevin Cassar published today in the Times of Malta. Now here are some real reasons for this battle that James Debono may wish to be reminded of.

Need one to be a counter-revolutionary white army baron to think that Adrian Delia is unsuitable for the job he’s in?