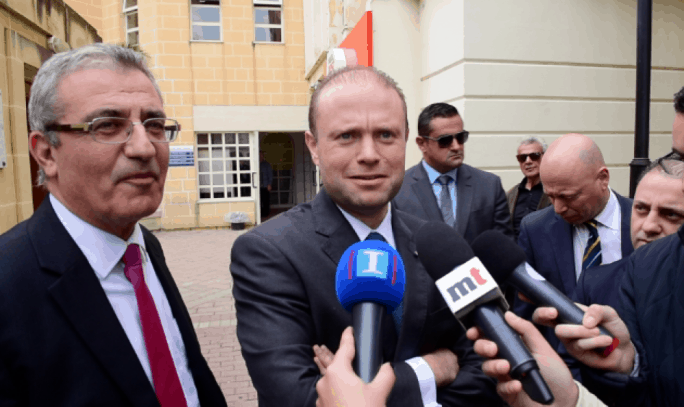 Evarist Bartolo’s repeat performance of his Tim Sebastian confession at the Daphne Caruana Galizia inquiry begs for comment. It begs for sarcasm, mockery, scepticism and more than a little hilarity too.

I will just focus on the hypocrisy of it all.

Evarist Bartolo says Keith Schembri was too powerful and that wasn’t good for anyone except Keith Schembri. Excess power is at a theoretical level problematic. But this wasn’t the issue here now, was it? Keith Schembri’s power is neither here nor there. It’s how he abused that power that matters.

The crimes he allegedly committed while in office, the corruption, the bribery, the revelation of state secrets, the collaboration with fugitives from the law, the profiteering, the insider trading, the illegal public recruitment, the abuse of authority, the illicit influence and, based on a question he was asked in court recently, his possible involvement in murder are the problem here.

There’s a reason why Evarist Bartolo does not mention any of that. Evarist Bartolo focuses on the unelected office of prime minister’s chief of staff and says the problem is with the authority that office carries. He does so because Keith Schembri is no longer in office there. And, we are expected to agree, the problem has therefore been solved. Now that Keith Schembri is no longer in possession of that power, all’s well again with the world.

That’s bullshit. If I get a parking ticket, I have to pay for it. It’s cause and effect. It would not occur to me to visit the police chief at home to get him to get me off the hook. And even if the thought would occur to me, I do not believe the option is available to me.

Evarist Bartolo exhorts us to examine our conscience. Like he does with the idea that all is forgiven now that Keith Schembri is no longer in Castille, Evarist Bartolo runs to Sunday school to remind us of the doctrine of original sin and collective guilt.

Most of this country is paying out of pocket for the corruption at Electrogas, VGH, the Montenegro wind farm and all the other corrupt deals entered into by ‘the government within the government’ as Evarist Bartolo called it. That makes us victims. Guilt here does not lie with everyone. It lies with the people whose pockets have been lined by these corrupt deals. It is their conscience that needs examining. Not ours.

Also blaming the system as if Evarist Bartolo existed outside it just does not cut it. Evarist Bartolo says political parties should be funded by the state and not be at the mercy of rich and corrupt donors. I could not agree more. But Evarist Bartolo is not some street campaigner on a hunger strike.

He is a veteran of decades. He was employed and was a leading figure in party politics for two generations. He was an MP for as long as a huge chunk of the electorate was alive. He has served as a government minister in various governments since 1996. For years he ran the party media finances by these rich and corrupt benefactors.

Can he really claim that he had as much influence on bringing about change in the corrupt relationship between politics and crime as any outside spectator of the political game? Does he want us to accept he is as blameless as the little old lady from San Ġiljan who voted for him in every election because she thought he was so smart and honest?

The election and re-election of his party to government, his own elevation to ministry, his work in the party media: all that was financed by the rich and the corrupt and the excessively powerful. He knew that. He now tries Bettino Craxi’s defence that political parties had no choice but to accept the backhanders in order to survive. He should get the response Bettino Craxi got when he tried that: a pelting of 500 lire coins if he dares show his face in public.

Why should we be the ones to have to examine our conscience and not Evarist Bartolo? And what is he doing now to atone for his years of collaboration with the corruption that gave him the power and the glory that he enjoyed in all that time?

Evarist Bartolo says he “told” Joseph Muscat, Keith Schembri and Konrad Mizzi to their face what he thought of them. But he was too concerned with his own self-preservation to do so openly and to take direct and overt action to fight corruption.

Are we supposed to applaud? Contrast his compromise and his cowardice with the work of Daphne Caruana Galizia. The latter clearly was not inhibited by her desire for self-preservation. Indeed, she got killed for it. Should she examine her conscience while Evarist Bartolo testifies at the inquiry into her killing about his own heroic endeavours?

Look at how they examine their conscience. Just last night Parliament adopted into law a set of changes to the constitution hammered out in a smoke-filled room between Robert Abela and Adrian Delia. Their parliamentary colleagues voted unanimously to approve the changes though they haven’t seen them written down yet. That last sentence alone should take your breath away.

Immediately Parliament approved the laws, the two leaders started congratulating themselves about the ‘historical’ changes they have brought about. There are videos on Facebook of Adrian Delia speaking like Moses at the gates of the promised land, but obviously his intention is the opposite of Moses’s. He’s using these legal changes to argue for his retention in office. Meanwhile, Robert Abela speaks as if any of this was his idea.

Hypocrites, the lot of them. These are constitutional changes they avoided for years, brought about precisely because the rest of the world woke up to the fact that Daphne Caruana Galizia was killed because we did not have laws to ensure independence of the judiciary and of other institutions that are supposed to be independent of government.

Our politicians instead ask us to examine our conscience in the morning and in the evening congratulate themselves for adopting laws that the killing of a journalist, street protests and the intervention of European institution forced down their miserable throats.

Evarist Bartolo is truly disgusting. But he’s only a half-digested barely-identifiable solid in the putrid vomit of a poisonous political class spewed out by the democracy they’re killing. He’s rolling in the puke trying and failing to look different from Keith Schembri. But we share no collective guilty with anyone who stood idly by while our institutions failed, impunity reigned and the journalist who exposed it all was killed.