I asked former Chief Justice Vincent De Gaetano to comment on the President’s decision yesterday to retain Adrian Delia as opposition leader. Here are his answers: 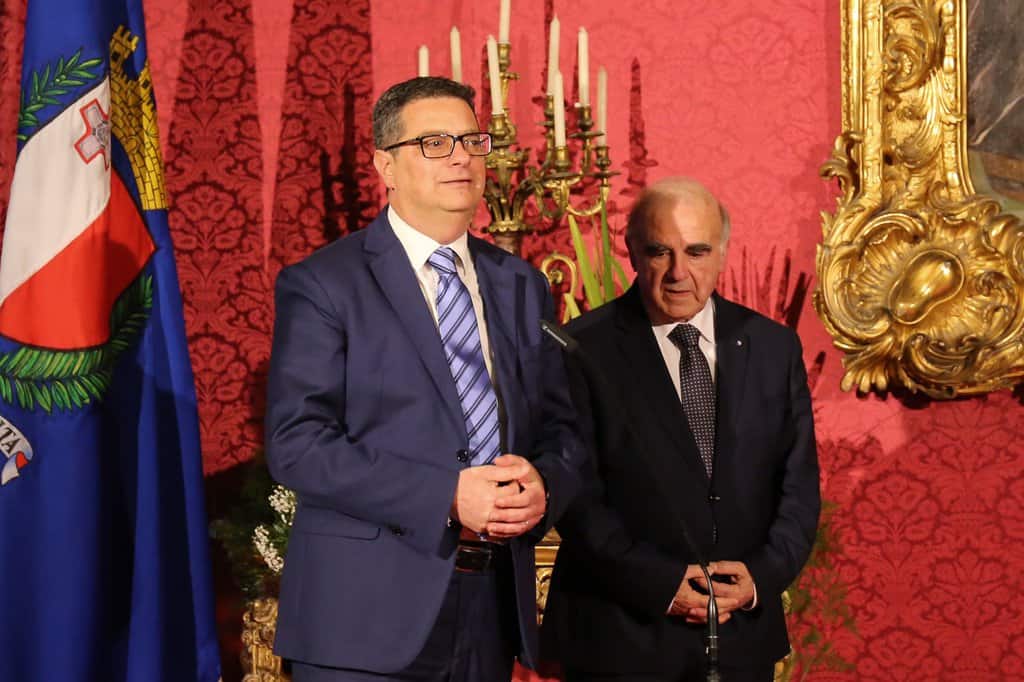 Q. The constitutional text seems to require the president to remove a leader of opposition that is not supported by a majority of opposition MPs. And yet President George Vella gave reasons why he should not do that. Would this, by your understanding, be a breach of the Constitution?

A. Let us first put the issue in context. I believe that this is the first time since 1964 that the Head of State – whether Governor-General acting on behalf of the Queen or later the President – has had to grapple with such a peculiar problem. The provision of the Constitution which deals with the appointment of the Leader of the Opposition is Article 90 (formerly Article 91). Apart from the substitution of the of the word “President” for “Governor-General” in 1974, this provision has been untouched since its enactment by the Malta Order-in-Council, 1964. I have not had the time to look up the travaux preparatoires – if they exist – leading to the formulation of the then Art. 91, but the legislation obtaining in the United Kingdom at the time was the Ministers of the Crown Act, 1937, which for the first time not only formally recognised the office of Leader of the Opposition in the Westminster Parliament but also accorded him a salary. According to that Act, the Leader of the Opposition was to be that member of the House of Commons for the time being leader in that House of the party in opposition to His Majesty’s Government having the greatest numerical strength in the House; and in case of doubt as to who this person was at any one time, the Speaker was to decide, his decision being final and conclusive. The Speaker’s involvement in this issue still obtains to this day.

But we are bound by the words of our Article 90. Sub-article (4) states clearly that:

So, the ball is in the President’s, not the Speaker’s, court. Dr Adrian Delia has, by all accounts, ceased to command the support of the largest single group of members in opposition to the Government – this is recognised and admitted even in the press-release issued yesterday by the Office of the President. Yet, he has not been removed, notwithstanding the imperative “shall” (as opposed to “may”). Certainly the situation is, to put it mildly, highly abnormal. Is it in “breach of the Constitution”? It would certainly seem to be so, but the final arbiter of that should be the Constitutional Court, which, according to Article 95(2)(d) of the Constitution is the final arbiter on any matter as to the interpretation of the same Constitution. Can the President’s decision be challenged in court? While some provisions of the Constitution provide that, where the President is required to act in accordance with the advice of someone or of some authority, or after consulting someone or some authority, the question whether he has so acted or consulted cannot be inquired into in any court, no such restriction is imposed when he or she has to act in his or her individual judgment. If the President’s judgment is found to be manifestly wrong or the decision taken for ulterior motives, it could be overturned by a court.

Q. The president appeared to argue yesterday that the leader of opposition is not chosen by opposition MPs but by the largest political party in opposition according to its rules. And yet political parties barely feature in our constitution and the way they choose their leaders is not regulated by law at all. Does that seem right to you?

A. I think that argument is spurious because it ignores completely the second part of Article 90(4): “the largest single group of members in opposition to the Government”. Evidently one expects that the leader of the largest party in opposition to the Government would also be the Leader of the Opposition, provided of course he or she is also a member of the House of Representatives. That is the norm. But then, consider the appointment of the Prime Minister – there is no reference to the “leader of the largest party in Government”.

According to Article 80, “the President shall appoint as Prime Minister the member of the House of Representatives who, in his judgment, is best able to command the support of a majority of the members of that House”, full stop.

The relationship between political parties and membership of the house is only accidental, not essential – it is recognised by the Constitution because the norm is that people contesting the general elections do so in the vast majority of cases on behalf of a political party. Thus, there are cursory references to political parties in Article 52 (dealing with the numerical composition of the house of representatives) and in Article 56 (dealing with elections); but otherwise political parties are not essential for the functioning of the House of Representatives – it’s the members of the House that vote to enact laws, not the parties to which they belong. In general elections people vote for individual candidates, not just for a party. I think it is significant that Article 90 does not speak of “political party” or “political parties”, but only of “party” and of “the largest single group of members”. This significance of this nuance seems to have escaped the President completely.

Q. We have seen written advice published by the rebel MPs by Dr Austin Bencini, Professor Kevin Aquilina and Judge Giovanni Bonello. But the president has not published the advice given to him or said who it came from. Is this significant?

A. Normally it should not be significant. The President has to assume the responsibility of his or her own decision. And the President has the right to seek advice from whomsoever he or she chooses. What is odd that that no cogent arguments were, to my mind, adduced in yesterday’s press release to counter any of the valid arguments which were advanced by the three learned gentlemen in their advice to Opposition MPs. That advice was made public by the very MPs who were seeking the President’s intervention and should not have been cavalierly ignored. Instead, by means of a double (or is it triple?) somersault the President concluded that because Dr Delia should be removed but because there must always be a Leader of the Opposition, and he could not see clearly who he should appoint to replace him, then Dr Delia should stay.

Q. The president ranked ‘serenity’ in the function of parliament over the application of the constitutional provision that demands the removal of the opposition leader in these circumstances. Is that a relevant consideration?

A. No. To my mind the President should have given a “purposive” or teleological interpretation to Article 90, and applied the second part of Article 90(2)(b):

if, by reason of an equality in the numerical strength of the opposition parties in the House or by reason that there is no opposition party, no person is qualified for appointment under paragraph (a) of this sub-article, the member of the House who, in the judgment of the President, commands the support of the largest single group of members of the House in opposition to the Government who are prepared to support one leader.

The equality in the numerical strength of the opposition parties or the absence of an opposition party (however bizarre that situation may seem) are, to my mind, only examples of when “no person is qualified for appointment under paragraph (a)” – the other obvious example is when the leader of the opposition has, as in this case, lost the support of the majority of the opposition MPs. By giving a thoroughly pedantic interpretation, the President has not only undermined Article 90 but has also deepened a political crisis he could reasonably have helped resolve.

Q. Many consider that the drafting of Article 90 of the constitution is, in some places, less than clear and poorly organised. And yet these have been in the constitution since Independence and have never been reviewed. Would you agree with this assessment and does it not seem strange that these texts that are so vital for the workings of our democracy are not periodically reviewed?

A. I am on record as having said – I think it was last December – that no law, not even the Constitution, can cater for all eventualities. That is why it is sometimes necessary to interpret the law when applying it to unusual situations. Of course, it may be necessary to tweak the Constitution here and there to cater for situations that, with the benefit of hindsight, may not fall foursquare within one or other provision. But more important than the law itself, are the people who have to interpret and apply the law. They often miss the wood for the trees. This is what has happened in this case. 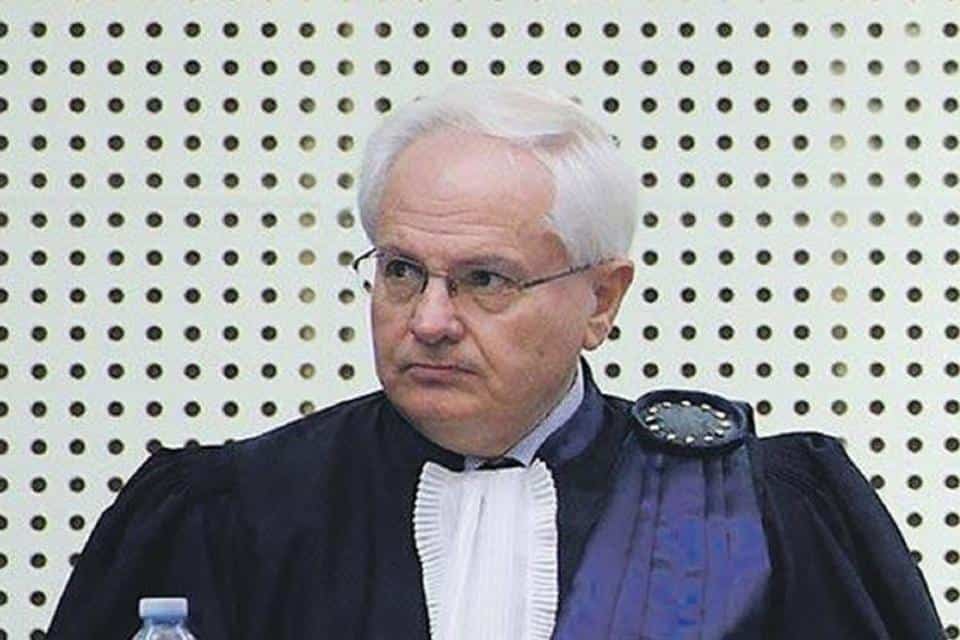