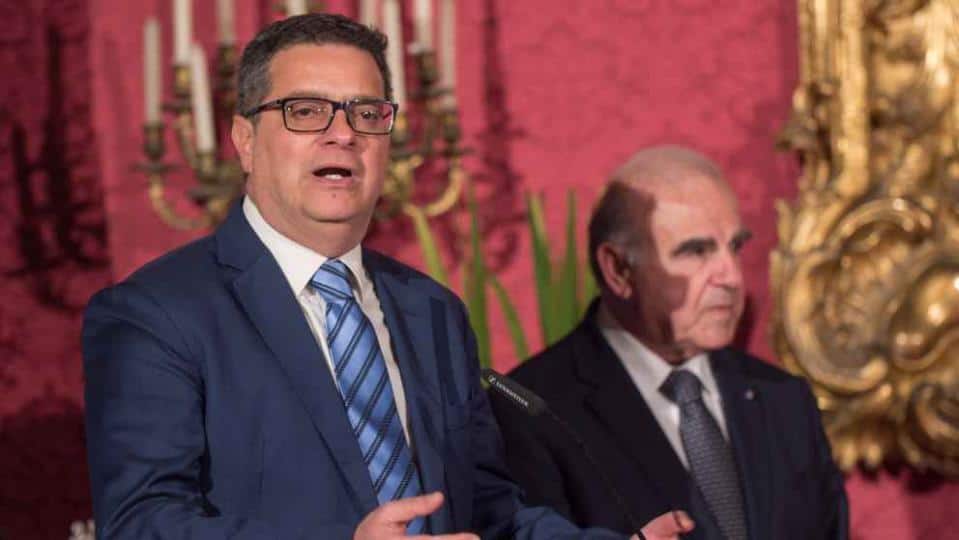 Repubblika is very concerned with the current situation in Parliament.

Unfortunately, our Constitution seems to provide the opportunity to people in power to act outside basic rules of democracy and in defiance of common sense, ironically justifying their actions on the Constitution itself.

The smooth running of the country – and therefore the wellbeing of its people – requires basic laws that have a predictable outcome when applied and rely less on the partisan loyalties or personal ambitions of people in office and more on the law. In place of a democratic republic we seem to have an oligarchy of interests made of a clan of people who protect each other and themselves.

We are also deeply concerned at how such an important decision was taken without any form of transparency. All the deliberations appeared to have occurred inside the President’s head. The public has no visibility of the advice he has received, who has given it, whether he has accepted that advice or overruled it and whether that advice has been appropriately cross-examined.

This is one rare occasion where the Constitution expected the President to act independently of the government, and with good reason: he was choosing the person on whom lies the burden of mobilising and galvanising opposition to it. And yet such an important institutional choice was taken behind closed doors, in complete opacity and with no public accountability.

It is particularly concerning that Parliament is currently debating increasing Presidential discretionary powers when the institution is so manifestly ill-equipped to handle such decisions of national importance.

We reiterate the view that such circumstances should be subject to due and transparent process, perhaps through an advisory Council of State that would have provided the President with dispassionate and impartial advice.

We also reiterate the view that the President must not be the choice of the government of the day, which remains the case in spite of the amendments currently being debated in Parliament. But that’s the future. We presently have a President handpicked by a Labour prime minister from within its ranks. We would have expected President George Vella in the circumstances to be doubly careful to act with transparency and not to be seen to be serving the interests of his former political party.

The President seemed more concerned yesterday with what he called ‘serenity’ rather than with the application of the law. The President has often described himself as ‘the guardian of the Constitution’ but yesterday he declared he was tossing away what the Constitution demanded he does, in favour of his political judgement of what is more desirable.

This is worse than unfortunate. It continues to cripple the ability of our Parliament to fulfil its function of keeping the government in check. If the President felt at liberty to ignore the text of the Constitution, he should have taken into account more than the need for ‘serenity’. There is also the need of ‘effectiveness’ which is unachievable while, by the President’s own account, the majority of the members of the opposition have no confidence in the member he has confirmed in the job of leading them. The only people being ‘serene’ in this context, are the government, serene in the knowledge that they are faced by a leaderless opposition, now weaker than ever as a result of this decision.

In this respect at least, instead of guarding the Constitution, the President has undermined it.

We also observe that the President has concluded that a decision on the appointment of a holder of Constitutional office is not determined by constitutional means but by a political party that is governed by its own rules and not by members of Parliament.

If this is the case, once again our constitution is woefully inadequate.

The election of members of Parliament is strictly regulated by the law to ensure universal suffrage, the restriction of corrupt practices, restrictions on funding for campaigning, regulated access to broadcasting media during election campaigns and so on. The laws that govern their election are enforced by independent constitutional bodies and candidates and members who breach electoral laws face criminal consequences.

But the election of political party officials is not regulated by any laws. A party leader is chosen by limited suffrage with eligibility determined by the party itself. The electoral process is not monitored independently and there is no enforcement at law. Access to media – particularly party media – is not regulated and nor is the source of funding for campaigning for office the subject of any restriction or law.

We therefore have laws to ensure Members of Parliament are not chosen through corruption. But that doesn’t matter because they don’t get to decide anything. Instead parties get to decide and for them we have no laws to prevent corruption.

If the President is right that the Constitution relies on political parties to choose for us the people who hold constitutional office, then we have no laws to ensure even the most basic principles of a workable democracy are in place.

Parliament is supposed to reflect and represent the will of all people. But members elected to it are not even entitled, as it appears, to choose who among them should lead them. Instead that decision has been left by the President to a restricted club that is not regulated by the laws of the land. This is a usurpation of the democratic process.

It is not Repubblika’s remit to judge whether the lack of confidence MPs declared they have in the leader of opposition is justified or not. It is our remit however to make observations when the workings of our polity depart from the basic rules of democracy. It seems clear to us that our Parliamentary democracy has been crippled even more by the President’s actions this week.