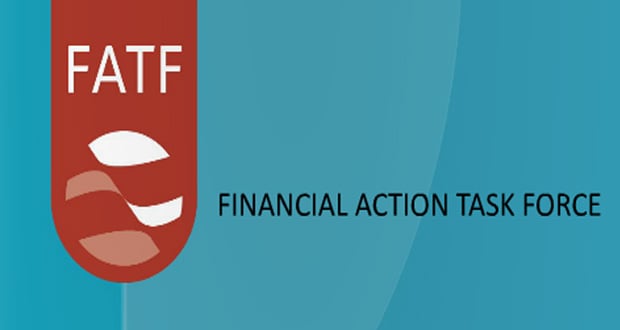 The Financial Action Task Force (FATF) was established in July 1989 by the Group of Seven (G-7) countries, that is, the World’s top economic countries which determine world economic policy. The initial motive of FATF was to examine and develop measures to combat money laundering.

Since 1989, the objectives have progressively widened to protect the global financial system, so that it could not be used by terrorists and other anti-social elements to launder illicit earnings. Financial transactions have become more complex and now include Virtual Currency.

The FATF does not have any role in law enforcement matters, investigations or prosecution.

What is the meaning of Grey Listing?

A ‘Grey Listed’ country is not considered as a safe jurisdiction for preventing terrorism funding and money laundering. The country is not considered as having adequate systems and procedures in place to assess, through due diligence tools, the credentials of companies and their Ultimate Beneficial Owners (UBO’s), to do business from Malta without in any way impairing its good reputation.

Two of the main risk aspects examined thoroughly in a due diligence exercise, are reputation and geographical risk.

Reputation Risk, like in any other aspect of life: family, moral, product/service brand, education, health etc., is what gives one the security and assurance of being looked at, as someone others would want to be associated with.

One simple example is the rating by specialised agencies of investment grades and country grades. Who would wish to invest in a company or bond, with a low grade, lowest of which is ‘below investment grade’, that is a High-Risk investment which may give one a good return but eventually is unable to pay back the capital sum invested?

Geographical Risk refers to the level of security of the country in which one decides to set up one’s business.

One simple example is questioning oneself as to whether to go for a holiday or to build a hotel or invest in property in a country where there is war, terrorism, political instability, questionable standard of the rule of law, impunity and so on.

What implications will Malta’s name in the grey list have in case this happens?

It is important to identify the countries that currently form the Grey List, to determine whether Malta would be happy to be classified with them, and whether our reputation risk will be impaired if we end up in that category. The countries are Albania, Bahamas, Barbados, Botswana, Cambodia, Ghana, Iceland, Jamaica, Mauritius, Mongolia, Myanmar, Nicaragua, Pakistan, Panama, Syria, Uganda, Yemen and Zimbabwe.

If this happens, Malta will be the only Member State in the European Union to be included in the Grey List. This means that any foreign company shortlisting countries where to set up business, will most likely exclude any country classified as Grey.

Also, and very important, is that companies that are already set up in Malta, will reassess their situation and probably start downsizing or closing down to reallocate to White List countries.

Due Diligence is not a tool that one adopts only when onboarding a client, but has to be applied on an ongoing basis, at least yearly, depending on the attributed risk category, and immediately when a suspicious transaction is highlighted.

I must highlight that over the last three years, Malta has already experienced a downturn in the number of companies selecting Malta as a natural jurisdiction of choice, and the downward slide, including that of remaining here, has since been gathering momentum.

One other big, if not gigantic implication, is that the key to business operations, is access to International Banks of very high repute.

How are we at risk of falling into this list, and what factors put a county in this tier?

We are surely at great risk of falling into this list, because our country’s impunity in taking action against money laundering, international smuggling, trafficking of human beings, with the direct or indirect involvement of politically exposed persons. Pilatus Bank and Satabank are just two examples. These two banks have been referred to by the competent persons appointed to administer the banks when shortcomings were highlighted, as having been set up specifically as a conduit for money laundering.

In the case of Pilatus Bank, the bank was clearly set up for the money laundering of the President of Azerbaijan and his daughters via Dubai, and for the family of the Minister of Emergencies in Azerbaijan and his two sons, again via Dubai, and for the owner and managing director of the bank, who has been convicted by a US jury for breach of sanctions with Iran and money laundering.

In fact, court appointed forensic accountants, in their report to the magistrate in the Egrant magisterial Inquiry involving the spouse of the disgraced Prime Minister Joseph Muscat, proposed in their conclusions, the setting up of an International cross-border investigation for Pilatus Bank, and since the publication of the inquiry report in July 2018, no action has as yet been initiated.

The heinous assassination of a woman journalist with the direct or indirect complicity of politically exposed persons, the police and Independent Institutions, the reluctance of the government to take concrete action to independently investigate and prosecute the masterminds behind the assassination, and the apparent involvement of the Government itself through the state captured institutions, of continuing to cover up the players in this assassination.

Will it affect local businesses and how?

Financial services which have been built slowly and diligently since the nineties, but obviously with occasional correctible mistakes, are currently contributing around 13% of our GDP and were expected to contribute up to 15% by 2022.

The ripple effect of financial services has helped Maltese business, as the more solid companies found the right legal, accounting and banking background and eventually transferred their back-office operations for their worldwide operations to Malta. This demanded office space, rental of accommodation for the foreign staff, air transport for the foreign directors for attendance at local board meetings, schooling for the children of the expatriate employees, hotel accommodation for the foreign directors and their families who came to Malta on holiday on a regular basis, restaurants, car hire and taxi service providers, and retail trade of all sorts.

Witness to this is the substantial increase in restaurants, shopping malls, supermarkets, construction of high-end apartments etc. In brief, the contribution of these companies was filtering down to all levels of society, and created a boost to our economy, our financial budget and our employment statistics. With the shut-down of these financial services companies, and the difficulty in attracting new ones to replace them, the positive ripple effect will now lead to a negative ripple effect, and the first ones to suffer the impact, are the middle to lower class members of our society. This situation, is already present and increasing on a daily basis. Poverty is rearing its head at a high rate and food banks are starting to find it difficult to cope with the present demand.

In fact, many multi-apartment projects, hotel projects and new restaurants are being placed on hold. It is enough to walk around many roads in different commercial centres, to spot property for sale or rental, and shops closing down.

What can Malta do to be kept out of this list?

Malta has to show Moneyval that it is truly taking action to redress the situation with the establishment and implementation of more rigid regulations on money laundering and on due diligence procedures, with tight achievable timelines.

It has to be prepared to submit itself to very regular monitoring by International Agencies and to show absolute transparency in validating its action.

It has to show the will, with evidence, that independent action has been taken on money laundering activities carried out in Malta and through Malta, over the years since the present political party was elected to Government.

It has to accept foreign participation in investigations and prosecutions of politically exposed persons in criminal activities, particularly money laundering.

The dismantling of the IIP (Passport Scheme), and the publication of a list of the beneficiaries to date is a ‘sine qua non’, as is an equitable compromise with our European Partners on tax harmonization, considering our lack of natural resources.

The mother of mothers, is the lead foreign participation of investigators in bringing to a closure the heinous assassination of Daphne Caruana Galizia and the process of justice for all those directly or indirectly involved, not least the impunity of persons like the Attorney General and the former Commissioner of Police.

It is important to highlight that adherence to systems and procedures, irrespective of how rigid they are, is just not enough, unless backed up by evidence that institutions and the composition of their members is truly Independent and also that the Fourth Estate is not just allowed to operate in freedom, but also that it is supported to do so. In fact, legislation against SLAPP is one of the most urgent requisites for this to happen.

Redressing the situation technically without integrating the political aspects, is a non-starter. The immediate priority is more political rather than technical.

The just published NAO report on Vitals/Steward is, in my opinion, a strong definite seal on our prospect of grey listing.