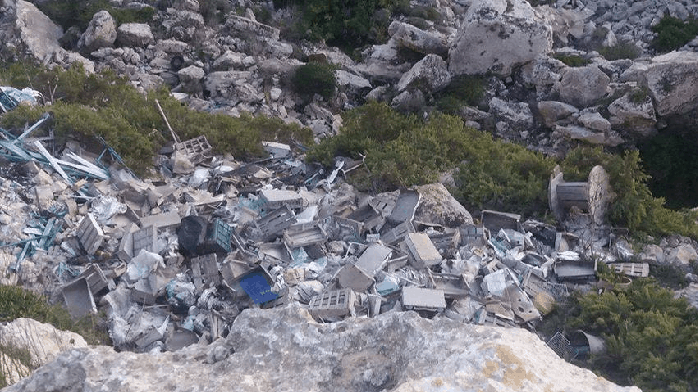 The country is sick. It is sick because corruption has become the order of the day. Every deal, every project, is tainted with corruption for the few to make millions. Corrupt businessmen found fertile land in Joseph Muscat’s government and with a little effort they managed to rope in ministers. They promised to make them rich and the feeble, but money hungry, men fell for it forfeiting their integrity for euro. We had ministers who got commissions for just putting pen to paper, ministers who ordered and gave directives to the Attorney General and Police. All institutions became their liars with puppet chiefs at the helm. Corruption reached the core of the Maltese society. Money has become the new god. And forget about festas to the various saints who protect our towns and villages. And forget the people singing praise to the saints. Their real devotion is to money. Festas are excuses for people to make more money. And the Church does not help. Its ministers are more comfortable speaking about the devil, sins and hell in their homilies, than about the disease that has taken over the Maltese’s once sacred values.

You have a bar and want to take up four parking spaces to put your tables outside – no problem, pay someone and the permit will be in hand in a week. You want to keep your music loud at night at your bar, in the middle of a residential area? Give a couple of bottles of whiskey to the police and they will assure that when some poor sick soul calls complaining, they will call you to advise you that they are coming. You lower the volume and when they come they will hear no loud noises. They would have done their duty to check and you can carry on fifteen minutes after they leave.

Got a parking or speeding ticket? No worries. Just hand the traffic police officers some money and all will be forgiven. If you don’t have money and it happens that you are a shapely lady, even better. Have sex with the police officer and you can speed, park anywhere you want and run red lights as much as you can. They know you.

Malta’s malady has been transmitted by politicians – the corrupt ones, that is the majority of them at the Piano landmark. Corrupted by politicians and their friends who defaced the environment, built ugly grey chicken coops to become rich overnight, handing commission money when needed to politicians, government officials and people in power. The Maltese skyline has changed drastically. Instead of church cupolas now cranes (I call them modern dinosaurs) have taken over.

All at the expense of future generations who will soon only be able to see trees in pictures on the web unless they go abroad.

Roads are broadened to accommodate more cars. Doing so they destroy trees and take over arable land, sending farmers packing, so that more cars can pollute through noise and emissions. Dust and noise are everywhere you go. Jackhammers have a field day. The want of money exceeds safety, houses have collapsed and people have lost their lives and their savings. But who cares? The developers, the contractors and the workers are making money. What do they care for the immigrant who is dangling in mid-air trying to point a façade. His life is expendable. If he falls and dies, they can choose another one and pay him a few euro to continue. Meanwhile their bank account is getting bigger. So why worry?

Recently the Planning Authority, the main culprit of the destruction of Malta, found more than 20 illegal batching plants. They took immediate action. No, you got it wrong. It did not order the law breakers to immediately stop their work and return the sites to their original pristine environment. Ma tarax! The Planning Authority will sanction their illegalities and fine them. That will put more money in its coffers for the eventuality that a board member will be abroad for a critical decision and it can send a private jet to get them just to vote and then send them back.

Because on this rock, the important thing is making money. I agree that a number of restaurants and bars had a tough three months. But rest assured that they will get back (and much more) their loses pretty soon. Go and have a cappuccino or a small bottle of Coke and you are likely to pay €3 for it. Go out with your family to have your weekly pizza and you will find out that the price is now €14 instead of the usual €10. But that is OK. According to Kurt Farrugia of Malta Enterprise (the guy who was with Joseph, Konrad and Keith in Baku earning €500 a day) we need to regenerate businesses in Malta so that tourists will come back and fill our hotels and bars. U ndawwru lira.

Go around the island. Choose anywhere. And you can see the dirt, refuse, the odd mattress or two, building rubble and material and what not. But it is OK for the government to spend €25,000 on a one-hour press conference by the Prime Minister or €470 a head for a gala dinner for World Tourism Day in Gozo, but to install CCTV cameras in areas known for illegal dumping is a prohibitive cost. Who cares if the national debt stands at more than €7 billion. Future generations will pay. Meanwhile let’s make hay while the sun shines.

Yes, the country is sick and more and more youths are realising it and leaving Malta to live in civilised clean European countries. I do not blame them. I would do it too, if I was younger. The smell of filth is suffocating.