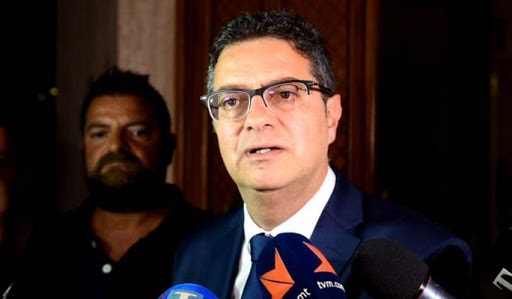 So Adrian Delia has reportedly declared that in the event that the General Council decides to hold an election for the leadership of the PN, he will contest the election. Now this begs the question – will he be allowed to take part in the election?

According to a recent press release by the PN, the party has introduced a mandatory vetting process for potential leadership candidates as part of approved changes to its statutes. Three new permanent commissions – candidates, ethics and discipline and electoral and data will or have been created, and clear parameters have been put in place for the vetting of candidates, including those vying to occupy official roles within the party.

This means that all potential candidates vying for the role of party leader, including Adrian Delia, should he choose to contest the election, will be vetted by at least two of these committees.

Haven’t we been here before?

Barely three years ago, on the 30th August 2017, the ethics committee within the PN reviewed the affairs of the four candidates running for the post of leader. The committee said that it was satisfied that Chris Said, Alex Perici Calascione and Frank Portelli had no ethical issues impeding their candidature, but members were unanimous in expressing the view that the committee had reservations about Adrian Delia’s candidature.

The committee reported that Delia had failed to provide satisfactory answers to questions raised about reports about alleged money laundering for an organisation owned by Maltese nationals (known to the police) that used premises in London for the purposes of prostitution. Adrian Delia was accused of laundering the proceeds from prostitution through an offshore account held in his name.

The committee also found that Adrian Delia had withheld information he was required to disclose and only came clean about it after the information had been published in the press, information that he had previously categorically denied. On this basis, the committee declared that it was not satisfied with Adrian Delia’s replies to the several questions raised, saying that too many questions remained unanswered.

Adrian Delia challenged the ethics committee’s conclusions, saying that it was a concoction by “the establishment” to impede him from contesting the election. He reportedly said that the committee called him in to clarify a number of issues that were mentioned in recent media publications. He gave his clarifications and explanations about what was said showing that they were all “machinations and creations of fantasy and spin”. He declared that the committee was a consultative one and the only thing they could do is give a recommendation or report.

To Adrian Delia and his followers, the fact that the ethics committee had no executive powers, but could only provide advice to the statutory organs in the party and that these organs did not take any action to stop him from contesting the election meant that Adrian Delia was as pure as the virgin snow.

Given what was known and made public three years ago and all the sordid details that have emerged over the past three years, about Adrian Delia’s dealings and connections with unsavoury characters, it would be doubly embarrassing for the PN if this time, the vetting process is subverted and becomes a case of déjà vu all over again.