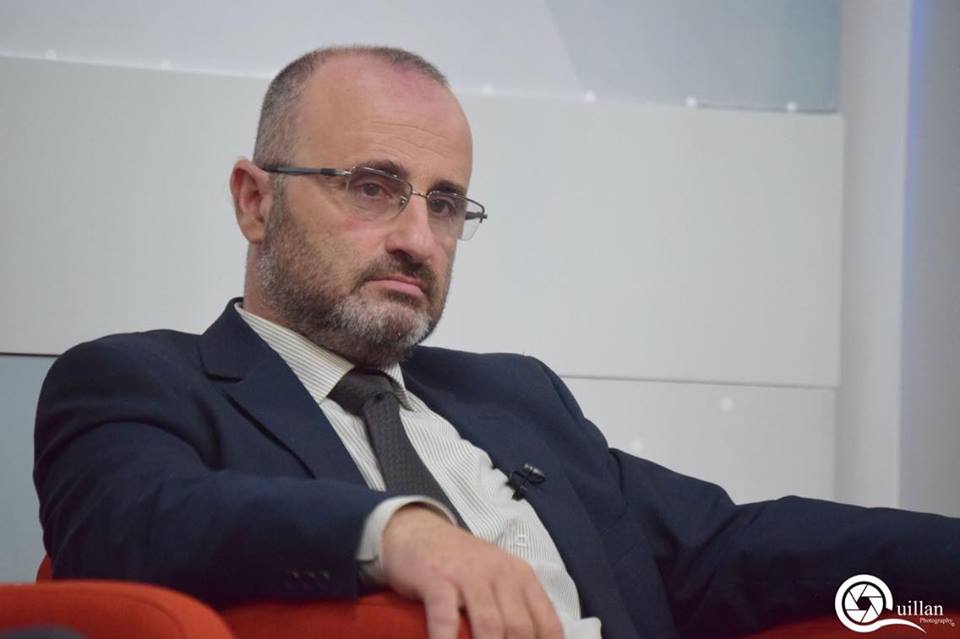 Simon Mercieca’s Facebook campaigning in support of Adrian Delia takes the form of what he must imagine is some sort of crusade. I choose the word carefully, served up warm on the plate of a historian.

Simon Mercieca’s line developed long before Adrian Delia materialised. After the 2013 election, the PN accepted that its social conservatism was out of step with popular mood and with a considerable chunk of its support base. The party’s official line against the introduction of divorce opened up fissures in the coalition between Catholics and liberals and Simon Mercieca was not ambivalent in that divide.

Simon Busuttil’s PN shifted to the left and when the question of marriage equality came on the agenda, the party tried to catch up with the zeitgeist. As it turned out it was slow in doing that as the party leadership tried unsuccessfully to herd the recalcitrant and the reactionaries.

For some, denying equality to homosexuals became a matter of religious principle. It really was disgusting prejudice, and self-loathing disguised as loathing of others. But they wanted their hang-ups to determine the policy of their political party and they didn’t like it when that did not happen.

This was no new phenomenon. During the divorce referendum campaign, the Nationalist Party took the ‘no’ line. People whose views were more often than not in agreement with the PN spoke openly against the party line on the subject. Daphne Caruana Galizia was one of these. She was not going to let her opinion of Jeffrey Pullicino Orlando or even Joseph Muscat form her view on a matter of civil law.

That may have had something to do with some opinions given to the rapporteurs examining the causes of the 2013 election result that said that the PN needed to distance itself from “bloggers”, the obvious reference being to Daphne Caruana Galizia. Simon Mercieca was one of the authors of that report.

As Simon Busuttil dragged his party to the left, people like Carmelo Mifsud Bonnici and Edwin Vassallo were left behind. Part of that separation was caused by religious fanaticism. But a big part of it was an exceptionalism that gave them prominence. As part of the governments of Eddie Fenech Adami and Lawrence Gonzi they had been barely noticeable in the background. Now they stood for something distinctive and radical. Right or wrong, they were different and as such therefore recognisable and influential. They could hold a party to ransom and that was fun.

This ultramontane politics was ever an element of the Nationalist Party but never held complete sway over it. But the fissure of social issues provoked by Joseph Muscat starting with the divorce referendum created an irreparable tension between the two sides. Because the matter became a zero-sum game.

Consider how the PN in government legislated for an equal status for women in a marriage with a man. The law would have divided to the two sides of the party if it hadn’t come from within it and on the back of careful consensus building over time.

But when the divorce issue came along, the party’s decision on which line to take had to have winners and losers. The conservatives won that debate. They didn’t like their pyrrhic victory taken away from them when Simon Busuttil tried to shift things leftwards. I call it a pyrrhic victory because they could only really determine the PN’s policy on divorce. When the country got a chance to vote on the issue that was the end of that.

Adrian Delia promised these conservatives a return to domination. The PN would be theirs for good. The discourse of “taking back the party”, “kicking out the establishment”, “partit tal-Kattoliċi u Latini” was an electrifying rallying call for people whose attitudes, hang-ups and prejudices place them on a spectrum to the right of Simon Busuttil’s PN.

It was all very vague. Necessarily so. These people are brought together by their pet hates but it does not mean they hate the same things. The Kattoliċi and Latini dog-whistles prick the ears of racists, homophobes, reactionaries and fanatics of every sort. Not every racist is a homophobe. Not every homophobe is a racist. This pandering to the far right too, requires uncomfortable coalitions of strange bed fellows.

Look at this photo from TV this week. If you haven’t heard of Xejk TV, you’re probably in reasonably good company. Its website is utterly uninformative. And its Facebook Page features repeat postings by someone who looks like the sort of fortune teller you would find at old circus side shows.

Thanks to the patronage of Adrian Delia, we discover that Simon Mercieca co-hosts a weekly show which is described as “soċjo-reliġjuż”. Judging by the discourse used in at least one of the features played out on the show it is based on the crusading notion that right and wrong are not a matter of political debate but a truth handed down by God as interpreted and understood by bible-bashing proto-fascists like Simon Mercieca.

Simon Mercieca’s co-host is David Muscat, the Mosta priest who is the acknowledged spiritual director of the neo-Nazi Imperium Europa and was spotted several times at public gatherings carrying on his shoulders, literally, Eman Cross leader of the youth wing of the neo-Nazis.

The two invited Adrian Delia for what they called an interview in which they gave him a platform to spout his obscurantist politics. At one point he said he’d drag migrants he would save at sea to Brussels like a conquistador dragging ‘Indians’ in chains back to Madrid. Here’s the clip shared gleefully by the Laburisti sal-Mewt if you had any doubt.

Before he even took office Daphne Caruana Galizia had made one of her many uncanny predictions that have since come to pass.

On September 15, 2017 she wrote: “(Adrian) Delia is going to start off with the Opposition split into three camps: the Partit Demokratiku, a small rump of MPs who support him and led by Jean Pierre Debono and his wife Kristy, Clyde Puli and David Agius, and a larger faction of MPs who can’t stand him and who will have a lot of trouble being bossed about by somebody shady who has never been involved in politics and knows nothing about it.”

On October 5, 2017, when Adrian Delia was being sworn in as an MP she headlined her post with “The Nationalist Party’s conservative far right is out in force backing (Adrian) Delia”.

They’re still at it.