GUEST POST: Light at the end of the tunnel? 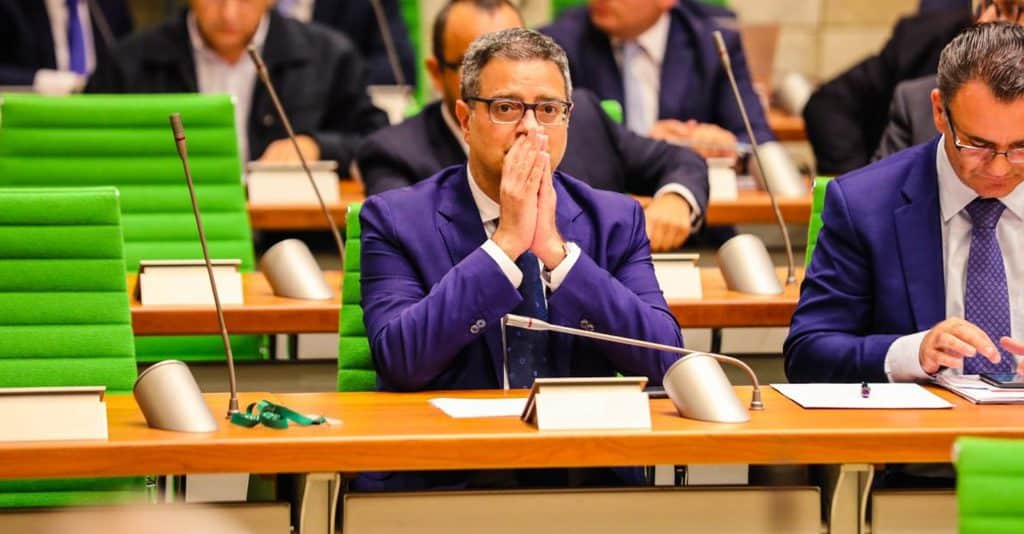 Possibly, after three years in limbo, the Partit Nazzjonalista may finally be seeing a glimpse of light at the end of the long dark tunnel. Maybe. This week the General Council will decide whether a vote of confidence in Adrian Delia or an election by the councillors and tesserati for a new leader will take place. This is the only way that the PN will get out of the quagmire in which it is fast sinking.

From the look of things, it could be that the result, seeing the opinions of many disgruntled nationalists, will be an election for a new leader. This will perhaps end the division of the two factions which has been harming the Nationalist Party for thirty-six whole months. And it would mean that, finally, the PN will be out of the mess and may look forward with some newly injected enthusiasm that was so present during the Fenech Adami leadership.

There is no doubt that Adrian Delia’s leadership failed miserably. He has spent three years defending himself against unrest of the majority of his MPs. The results of survey after survey certainly did not help. Neither did the fiasco at the MEP elections when the PN got a real drubbing and lost a seat at the European Parliament. Delia may be a very good lawyer but he hasn’t got what it takes to lead a political party. He made horrendous mistakes, from calling Daphne Caruana Galizia a biċċa blogger to taking Joseph Muscat’s advice to demand that Simon Busuttil resigns after the Egrant inquiry. That scared many nationalists away from the party. Strangely enough, Delia has lately been riding on Busuttil’s bandwagon against corruption in Joseph Muscat’s government.

Many of Delia’s faction still blame Simon Busuttil for all this. But Simon Busuttil has been away from local politics for more than four months and the results not only did not improve but got worse. Adrian Delia had touched bottom in a MISCO survey a week ago. This when the PN should be riding on high waves seeing the corruption and collusion with criminals of many of the Labour MPs with resignation galore, with unemployment up and a halted economy. Yet the PL is sailing along and managing to divert attention from all this dirt to the ails of the PN.

And it is quite strange that many of the PL trolls are toiling for Adrian Delia. Even the GWU’s It-Torċa had a front page telling its opponents ‘to let Delia work’. They know that with him in charge, victory is secured. One News has already been targeting Bernard Grech, obviously seeing him as a threat, while still attacking Simon Busuttil. It could be that they are targeting him for getting a top job within the European Union, something which was Joseph Muscat’s target but failed miserably because of his corrupt regime.

In normal times the PN at this time should already be preparing the cabinet for the next legislation after a victory against the Partit Laburista sending it to where it belongs – on the opposition benches. And this for the sake of democracy, because many of them should not even be Members of Parliament let alone be called ‘honourable.’ The place of many of them should be behind bars. But that will take some time.

Malta is down on its knees with vultures like the European Union, the Council of Europe, international media and financial institutions like the MoneyVal and the Venice Commission ready to swoop down and devour the corruption which has taken over the smallest state in the European Union.

From online sources it looks like the number of candidates for the top job at the PN would be quite a few. People like newcomers Bernard Grech and Joe Giglio seem to be quite popular within the PN supporters and the disgruntled swing voters. Till now they had been guest-speakers on the PN media and they have impressed. There should also be two probable female candidates, Roberta Metsola and the proposed leader by the majority of MPs Therese Commodini Cachia. They are both valid, with experience and it would be a first if any one of them is selected as the leader. No woman since Mabel Strickland has ever been a party leader. There may be others like Mark Anthony Sammut who is also another very valid contestant. I heard him many times speak with passion at the Daphne Caruana Galizia vigils. There will be Chris Said, who should gather a good number of votes, although people may associate his candidature as a revenge for him losing to Delia way back in 2017. It is a pity that Claudio Grech has decided to back Commodini Cachia and renounce his bid.

The main challenge of the new Partit Nazzjonalista will be not only to get the disgruntled and floating voters back, but most importantly it has to attract back youths, who till a few years ago were the party’s main asset. Adrian Delia’s ‘new way’ has just scared away youths leaving the party’s leadership in the hands of ‘old political giants; in the like of Francis Zammit Dimech, Ċensu Galea and Louis Galea. Nationalists appreciate the sterling work done by these gentlemen but they are now looking for new youthful faces.

This week will be a do or die test for the PN. If there will be no change and this should be a drastic one the party with a 140 years story will just fade away into nullity, leaving an open avenue for the PL to complete the take-over of the land and turning it into the first dictatorship in the European Union. It is now in the hands of the councillors and tesserati to the decide not only the PN’s but Malta’s future. It is up to them to ensure that they will leave Malta a better place than they found. The future beckons.