In 2017, Adrian Delia came out of the blue to contest the leadership of the Nationalist Party. He was a good lawyer with  corporate clients and a former president of a football club. Nobody knew him. His campaign was aggressive and many thought that he could be the answer to the PN’s woes.

Then Daphne Caruana Galizia wrote a blog about his connection with shady deals in Soho prostitution. She alleged that Delia had had an offshore bank account in Jersey which received payment on behalf of his client for ‘rent’ of a property in London. This property had been used as a brothel, and the ‘rental’ income was said to be proceeds from prostitution. The property was owned by a company, behind which is Delia’s client. Delia was appointed Director of the company as part of his fiduciary services.

He answered her during a rally when, in rage, he called her ‘a biċċa blogger’, and then filed several libel proceedings against her. But those court actions only served to strengthen her resolve. Not a day passed without Daphne Caruana Galizia publishing a new blog entry on the subject. The blogger insisted that Adrian Delia had kept the proceeds of a number of west London brothels in a bank account in his name.

The PN Administrative Council met to discuss a report by the PN’s ethics committee. The committee looked into all four candidates however particular attention was given to Delia after the allegations revealed by Daphne Caruana Galizia. Adrian Delia  was asked by the PN Executive not to run. When asked, former leader Simon Busuttil said that if he were Delia he would forfeit the election.  Adrian Delia flatly refused, most probably knowing that victory was in the bag. Rumours of vote rigging were rife.

It was very strange that on the day of the election for PN leader, l-orizzont, the General Workers’ Union-owned newspaper, published an editorial which praised Delia as an “anti-establishment candidate” who is fighting against a “hidden hand” which is trying to maintain control over the party.

Adrian Delia won the election with 7,734 votes against the 6,932 votes of Chris Said.

In October 2017, Daphne Caruana Galizia was assassinated and Adrian Delia immediately stopped all libel cases against the journalist. Very soon after his election as PN leader Delia, in December 2017,  was again in the news about family problems. He was also accused of domestic violence.

In March 2018, The Sunday Times revealed that a report by the Financial Intelligence Analysis Unit drafted in March 2018, concluded that sufficient information was available to conclude that Adrian Delia and his bank account in Jersey “may have been used for money laundering.”

The FIAU report details how it had received corroborating information around the time Daphne Caruana Galizia had first exposed the matter on her blog back in 2017.

Since then Adrian Delia has spent most of his time trying to defend himself. Survey after survey have shown huge and growing differences between PL and PN. In three years not one single step forward was made. Crowds at PN activities continued to dwindle. The Independence meeting of 2019 not held for the first time on the Floriana Granaries, but in front of the PN’s Dar Ċentrali showed, through a crowd size checking application that there were less than 650 people present. 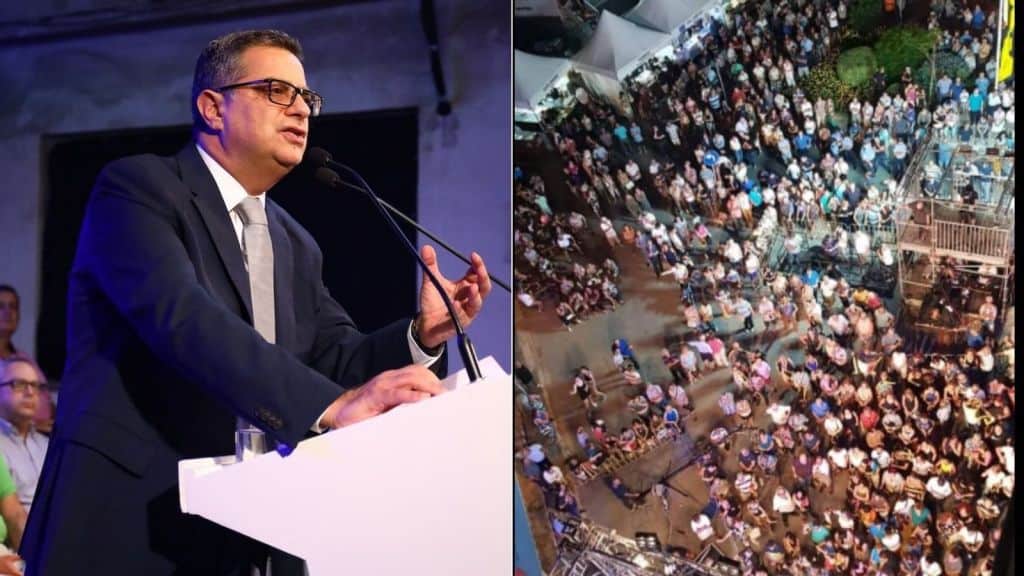 Meanwhile his popularity hit the lowest with just 11% of the electorate giving him their confidence. And this when, for the past nine months, Labour has been facing turbulent times and should by now be on its knees. But in fact its sails are full of wind and sailing easily through the corruption and money laundering accusations.

Adrian Delia’s popularity and his ‘new way’ politics continued to nose dive, with members of his team tending their resignation.

Finally, The Times published a Whatsapp chat between Yorgen Fenech, the man accused of being the mastermind behind the the killing of Daphne Caruana Galizia, and Adrian Delia. Delia did not come clean about his relationship with the murder suspect. Instead he went to the police to try to force a local newspaper and journalist to expose their sources. Unheard of in a democratic country.

Nationalist MPs lost faith in him.

Finally, last week, 17 MPs declared publicly that they had lost confidence in the Leader of the Opposition and confirmed this to the president.

Strangely enough and against the advice of Constitutional experts Judge Giovanni Bonello, Prof. Kevin Aquilina and Dr Austin Bencini, the President – on the back of anonymous counsel — decided to keep Adrian Delia as Leader of the Opposition. This brought angry protests from various quarters including politicians and academics. But not from the Labour Party, whose trolls like Karl Stagno Navarra, Robert Musumeci, Emmanuel Cuschieri, and Brian Hansford continue to defend Delia.

Last year Adrian Delia was given a confidence vote by the PN Executive Council. This was reversed on Tuesday when Adrian Delia got another vote of no confidence.  But this seemed to have no effect on Delia as he relied on the PN statute to stay on as Leader of the Opposition. He is still clinging to the 7,734 votes of ‘the tesserati’ who for Delia seem to be all of the Nationalist Party. So if the PN Executive Council changed their vote how can Delia be sure that the 7,734 votes are still his?

After that night PN giants like Lawrence Gonzi, Tonio Borg and Louis Galea have said theirs. Louis Galea said that he does not know of any democratic country where a political leader loses a vote of confidence by the majority of his parliamentary group and the executive of the party he leads and does not choose the honourable way, making way for a new leader. Louis Galea pleaded with Adrian Delia to ‘stop abusing the loyalty and goodwill of the tesserati’.

Tonio Borg was clear and told Delia he could either call a leadership race, put his leadership to a confidence vote in the general council or resign.

One asks what did Delia achieve in the past three years? We know that he got a drubbing in the MEP elections and he lost the third MEP for the PN.

One can cite the only result that he won in Court that ordered the Attorney General to hand over the Egrant inquiry to the Leader of the Opposition. A lot of good has been done to the country through this!

He is still fighting in Court over the Vitals corrupt deal, but one has to remember that it was Daphne Caruana Galizia and Simon Busuttil who did the hard work in the Vitals case. All Delia did was take it to Court.

Adrian Delia is not taking Malta’s future seriously. This could lead to the Labour Party winning two-thirds of Parliamentary seat in the next election, paving the way for a dictatorship – the only one in the European Union.

Adrian Delia should stop abusing the statute, the PN organs and its members.

My appeal: do the right thing … just go.