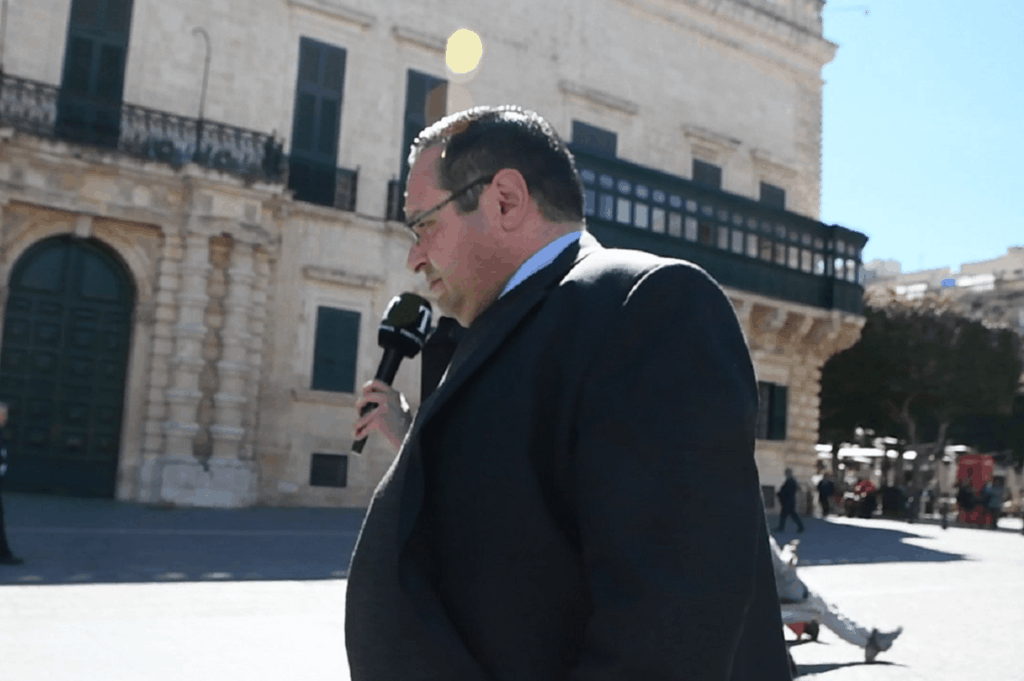 Of course, that’s because Adrian Delia strapped himself with explosives precisely so that we look away from what is happening in the country. Robert Abela confirmed Adrian Delia visited him last week. Behind his party’s back Adrian Delia had a strategy meeting with his opposite number whose interests he seems keener to serve than to oppose.

That’s why today the madness in court at the independent public inquiry into the killing of Daphne Caruana Galizia was barely audible today. The inquiry pressed Ian Abdilla on that night in April 2017 when Ali Sadr Hashemi Nejad sneaked out of his own bank with bags carrying who knows what, hours after Daphne reported his bank held evidence Egrant belonged to Michelle Muscat.

Ian Abdilla told his version of the events at night. How he sat down for dinner when he was told of Ali Sadr Hashemi Nejad slipping away. How the police chief Lawrence Cutajar told Ian Abdilla to enjoy dessert and have a coffee. How they waited for Joseph Muscat’s lawyer to come into the police headquarters in his own sweet time in the wee hours of the following morning before they started an investigation into the conduct of his client.

How they waited while a plane with no passengers took off from Malta flying to Dubai with a stop-over in Baku on the way.

We knew all this. But now the chief investigating policeman testified to all this. And he testified to how limiting and narrow the terms of reference of the Egrant inquiry was, designed as it was by Joseph Muscat himself. How that fact alone gave the police the excuse not to knock on doors that if opened could have revealed what was behind this conspiracy to launder money.

And how the inquiry took Brian Tonna’s word for it when he said Egrant was meant for whoever wanted to buy it, without assessing that claim against all the other untruths Nexia BT was caught in and double checking properly what was being claimed.

He testified how Nexia BT were physically inside Owen Bonnici’s ministry, even as Owen Bonnici was assuring us justice was being served.

That didn’t work out. Simon Busuttil left when he wanted to leave not when Adrian Delia wanted to be seen firing him to please the gods over at Labour Party headquarters.

Now Adrian Delia wants to repeat that failed attempt of firing Simon Busuttil, 19 times with a pogrom of the MPs who dared formally asking him to leave so that they could do their job of holding the government to account properly.

When someone straps themselves with explosives threatening to blow themselves up if they’re not allowed to blow themselves up, the reaction is quite simple. Walk away. Let him do his worst and focus on something productive. Like getting the Attorney General to re-open the Egrant inquiry after what Ian Abdilla said in court today, for example.