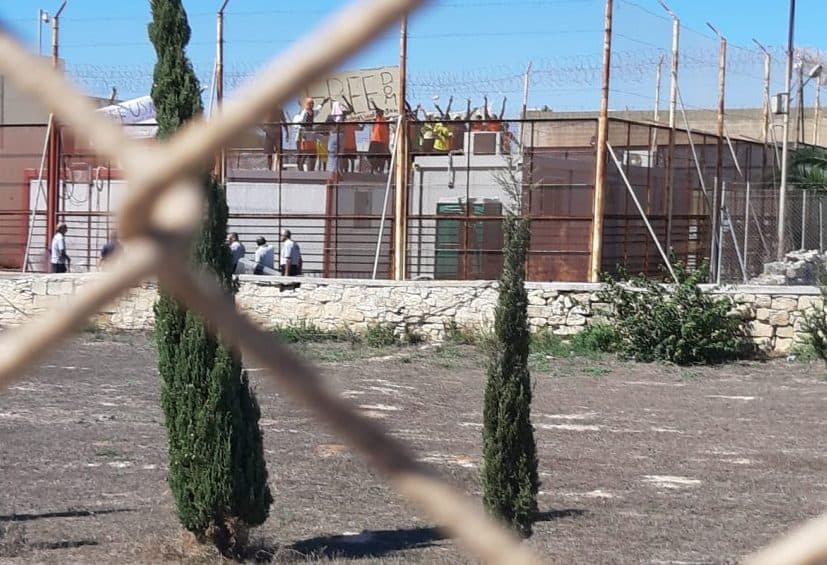 In the post linked here I explained how I’ve been trying since last November to visit the prisons and other detention facilities in Malta to verify directly the veracity of persistent reports of overcrowding, inhuman conditions, torture and degrading treatment.

In this post I described just how limited the visit I was allowed to make to the prison was.

And in this post I pointed out thatI never got an answer to my several requests to visit detention centres used for migrants.

Since then, two persons died in prison in unexplained circumstances: a 45 year old who officially expired by natural causes, and a man waiting extradition to the US who, the official story goes, committed suicide. A detainee in the Safi barracks died from a fall trying to escape.

The government presumably hopes I lose interest at some point. I haven’t. This morning I filed a constitutional case in court. I argued that the free press needs to be allowed to fulfil its role as a watchdog on public functions, particularly the treatment of people entrusted to the care of the government. After all my request follows allegations (made by others) of breaches of prisoners’ and detainees’ fundamental rights.

I argued in my court application that the government’s authorisation for me to visit the prison was not serious as I was refused all requests to access specific portions of the prison on which allegations have been made. Instead I was taken to see the kitchen, the kennels, two empty courtyards, a disused office and a guard station.

Finally, I argued that the right of journalists to conduct their investigations into public functions is an intrinsic part of the right to free expression. People have a right to be informed and they can’t be informed if journalists are prevented from doing their work.

The conditions in which prisoners and detainees are kept may not be the closest cause to your heart but if the rights of the weakest are violated, you may very well be next. Perhaps you can consider making a donation towards the court expenses of this lawsuit.