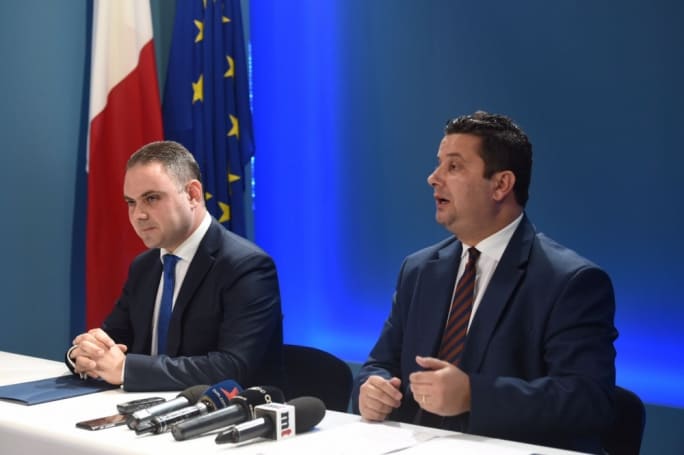 On the setting of the sun on the first year of His Master’s reign, Edward Zammit Lewis thought it would be timely to take stock of what has been achieved. He took up a whole page of the Times of Malta to do this little thing.

He wasn’t talking about the attack, repulsed with contempt, by Robert Abela on the public inquiry into the assassination of Daphne Caruana Galizia, of course. Neither was he making reference to the awesome Freudian slip perpetrated by Robert Abela, when he mumbled something about “ticking Moneyval’s boxes”, betraying his and his administration’s real attitude towards proper governance. Tick the boxes and ignore the substance, is this motley crew’s watchword.

Nor was he talking about the rampant, vicious trolling by organised gangs of semi-literate oiks bent on attacking anyone who dares to point out that the Emperor’s willy was hanging out of his trousers, from the Leader of the Opposition all the way down to humble bloggers and social media commentators. These thugs are emboldened, as ever, by Super One, the media behemoth owned and wielded by Edward Zammit Lewis’s own party, aided and abetted by Super Two (think about who that could be) and assorted politicians whose respect for truth and justice is less than awesome.

No, what Edward Zammit Lewis chose to crow about was the spirit underlying the way he had addressed gaps in our legislation (without letting it be known which gaps he was rabbiting on about) and how the Venice and European Commissions had swooned in their admiration for the unparalleled reforms he was piloting (without actually giving us chapter and verse, it need hardly be added).

Apparently, having the president and the chief justice chosen by 2/3 of the House and allowing people like the ombudsman and the auditor-general (who are actually ignored when it is politically expedient so to do) some standing in court are examples of what Edward Zammit Lewis has achieved. He will forgive me, I doubt, if I point out that this sort of thing wouldn’t be necessary if the powers that are acted in accordance with proper principles of ethical good governance in the first place.

As the man said, you can have the best laws ever on paper, if you apply them malignly and no need for detailed laws at all if you respect proper ethical norms.

If you were to take Edward Zammit Lewis at his word, you’d be forgiven for thinking that Robert Abela has been emasculated to the extent that he can spend his days messing around on boats, rather than setting the political direction of the country.

Given the way he keeps telling us that covid-19 has been beaten into a cowering blob, when the reality is less than sanguine, it might be a boon if he would, when you think on it.

Edward Zammit Lewis then departs from the stock-taking aspect of his exercise to tell us that “this year, I shall see through the implementation of all 10 bills which have already received positive feedback from the Venice Commission”. He also threatened that he would be carrying on the good work of the president in the constitutional reform process, apparently needed because it (the Constitution) hasn’t been given a good going-over since 1974, when Malta became a republic.

I suppose being a mere child at the time (was he even born?) our hero can be forgiven for not knowing that the changes at that time were pretty much only cosmetic, and it was the Independence Constitution that remained in effect.

The mere passage of time does not mean that if something ain’t broke, it should be fixed and I hark back to “the man” to whom reference was made above, this being Vanni Bonello, a far, far better judge of matters legal than I could ever, in my wildest dreams aspire to be.

And if you have any doubt about nefariousness and malignancy, bear in mind that Edward Zammit Lewis’s simpering predecessor, now happily relegated to a non-ministry, on this day last year was found personally to be in breach of the law when he ensured, for month after month after month, that the memorial to Daphne Caruana Galizia was destroyed on a nightly basis. One swallow does not make a summer, it is true, but we’ve been swallowing these people’s bile for long enough to prove my point.

Presumably because it would have been perceived as a short-coming if he were to have failed to fill up the page, Edward Zammit Lewis took out yet another shiny, but plastic, trumpet and gave us a few toots about how he was going to make the courts run like clockwork and become the very Acme of a super-efficient sausage-making machine. As an advocate of more than 40 years’ standing in my real life, I trust that the dear chap will forgive me for stifling the same yawn that afflicted me when each and every one of his predecessors made the same claim.

And I’m not only referring to those of his predecessors who sport the same colour tie as he does.

They all, with the possible exception of Austin Gatt who was at the right place at the right time to introduce a degree of digitalisation (and there’s not been much change since then) into the arcane functioning of the Palais de Justice, said they would and failed to, just as they failed to introduce a proper law regulating the legal profession. Edward Zammit Lewis, it seems, is determined to remedy this latter failure, though he doesn’t seem to be carrying his own profession with him.

The Minister, he told us, is going to get things done. I hope he will do so with a less disastrous outcome than Boris “Lying Hound” Johnson achieved when he got Brexit done, but the extent to which he will do it is not something on which I would care to bet the farm.

After all, we’re coming up for one year into the pandemic and from what I’m told, on a day-to-day basis, court is still trundling along as if nothing much had happened. Sporadic attempts have been made to have online proceedings, and I’ve participated in some ad hoc sittings in this way, and it worked, but heaven forfend that almost twelve months down the line, court is dragged into the 20th (the 21st would be too optimistic) century.

I wonder if this is because acknowledging that something really must be done because of covid-19 would be seen as a betrayal of Prince Robert and his triumphalist preening.