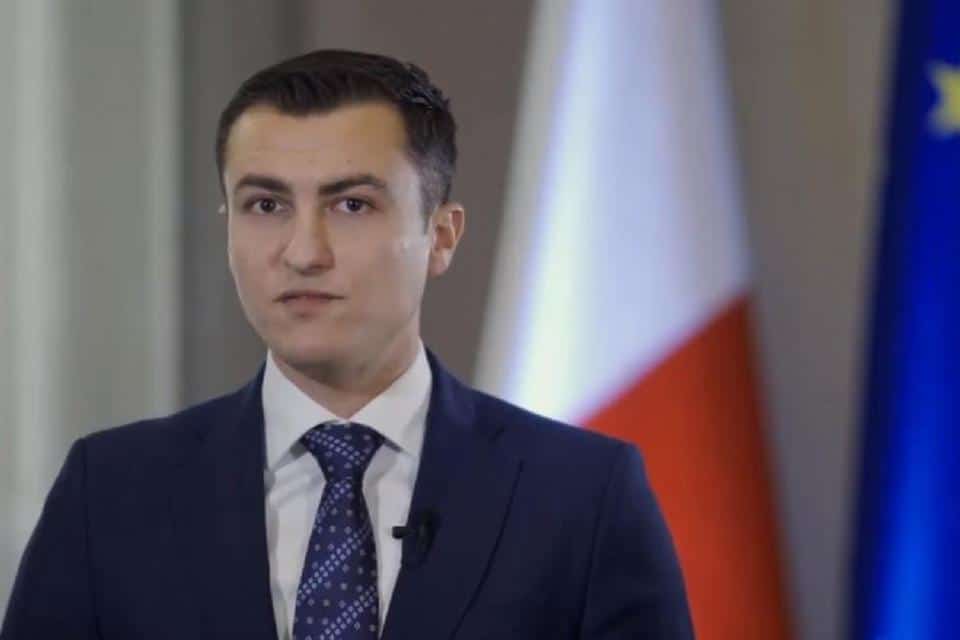 It’s not the gravest national scandal. Silvio Schembri directed the Department of Information to issue a partisan statement with typical One TV chestnuts of wisdom such as ‘Bernard Grech does not love his country’ or words to that effect. And they did what he told them to do.

We’re not going to lose sleep because Silvio Schembri got the DOI to give his inanities a sheen of respectability by plastering it on their stationery. Silvio Schembri’s utterances are eminently forgettable whether they carry the seal of the Republic or smudges from the ħobża biż-żejt lunch of his overpaid propagandists.

Clearly the officials the DOI employs these days do not have the self-respect to bother to lose sleep over such a thing themselves. What do I expect them to do? Refuse to carry Silvio Schembri’s crap, that’s what.

When I worked in a ministry and sent to the DOI a draft statement with a partisan tone, I got a call from an official working there who politely but firmly told me that if I wanted the statement to go out through the DOI I had to change its tone. So, I did. I was more careful next time. And when I needed to let loose some bare knuckle lingo, I had to find a way of saying it which didn’t drag the civil service into it.

Ministers can be as nasty and as partisan as they please on their Facebook page. But they have no right to drag the entire public administration to the gutter with them.

This may sound like picking nits. U ija mhux xorta?

The Commissioner for Standards did not think so and since we have one, the least the government can do is bother to listen to him.

The thing is Silvio Schembri has not just been crass, and has not merely abused the easy malleability of the people that man the DOI these days. He has done so even though just 5 months ago the Commissioner for Standards said he shouldn’t. Twice.

You know what they call that? Impunity. And contempt for institutions whose job it is to act independently of the government.

If they do this about the small things, imagine how they behave about the big ones.

The National Auditor found a mess of enormous proportions in the grant of land to the DB Group to build their megalopolis on the site where the ITS used to be. The Auditor filed a detailed report to Parliament because he reports directly to them, not to government. That’s supposed to reassure us, of the Auditor’s independence, which we have no reason to doubt. But then, what did Parliament do? Fuck all. They didn’t even debate the report. They put it on a shelf.

George Hyzler, the standards czar, is in the habit of justifying his recommendations on the principle of idealism. He says “the mission of this office is to challenge customs that are well established in the Maltese political system, where such customs fall short of the standards that we collectively aspire to embrace.”

But do we really? Do you see Silvio Schembri aspiring to higher standards? Or Ian Borg? Or Rosianne Cutajar? Or Robert Abela for that matter?

Aspiring for higher standards suggests you have standards to begin within, however modest, however beneath ordinary expectations of basic decency. I’m not seeing Silvio Schembri waking up tomorrow and ringing up the Director of Information to tell him ‘today, Sir, I want to be a better man’. I’m seeing him call the Director of Information to tell him that One TV is not enough. TVM is not enough. He needs the DOI to spread his asininity far and wide as well.