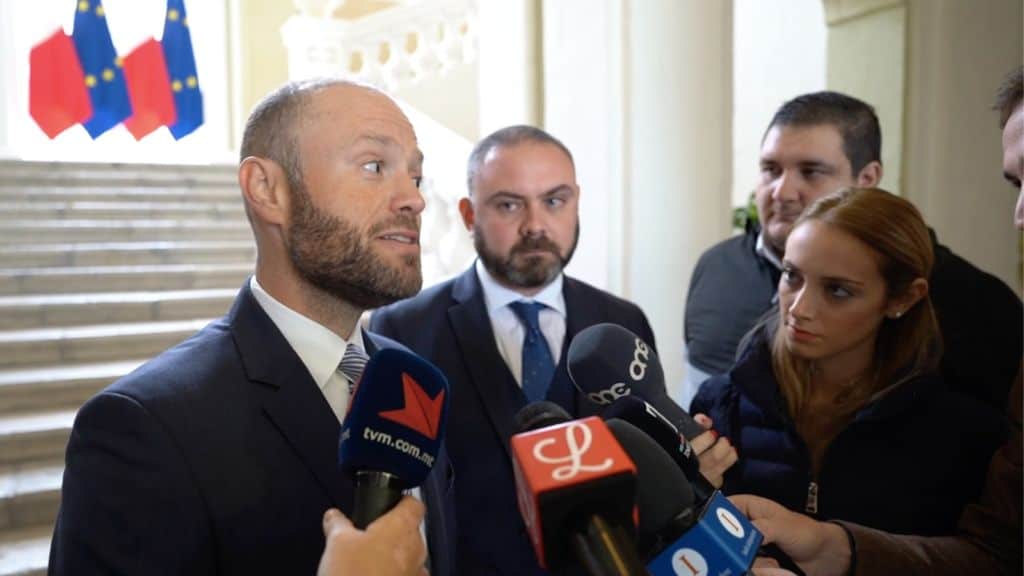 Whatever evidence there may or may not be linking Joseph Muscat and Keith Schembri with the plot to kill Daphne Caruana Galizia, its execution, and the attempt to ensure that those responsible for it are allowed to avoid justice, the evidence of the links between Joseph Muscat and Keith Schembri and Yorgen Fenech keeps showing just how disgraceful the government of our country has been.

In court, we heard the police yesterday say Joseph Muscat set up a WhatsApp Group between himself, Keith Schembri and Yorgen Fenech two days after the Degiorgio brothers and their accomplice Vince Muscat were arrested.

People’s behaviour in those fateful hours cannot be dismissed as coincidence.

Those are the hours when Melvin Theuma rushed to his notary to dictate his will and testament. When a 38-year-old man does that spontaneously, it is usually after their doctor tells them they don’t have long to live. Melvin Theuma drew his own conclusions without the benefit of a medical prognosis.

When some months later Vince Muscat pointed the police towards Melvin Theuma that visit to his notary told the police this was a lead that needed following. Anyone is free to dictate their will and testament at any stage of their life. It is not a crime in itself. It is not even a suspicious action when seen in isolation. But the timing immediately after the arrest of the man who was telling the police Melvin Theuma was an accomplice in a murder conspiracy is inescapable.

The chit chat on the Muscat-Schembri-Fenech WhatsApp group may have been entirely innocuous: wine and women and that sort of thing. But it was there.

Remember that the evidence heard so far suggests Melvin Theuma forewarned the Degiorgios they would be arrested that December Monday morning, just 6 weeks after the assassination of Daphne Caruana Galizia. He says he got the tip-off from Yorgen Fenech. And Melvin Theuma says Yorgen Fenech told him he had been tipped off from Keith Schembri.

If this is correct Keith Schembri knew Yorgen Fenech was involved in the murder conspiracy before anyone had thought to suspect him.

Now we learn Joseph Muscat, who has admitted to being a friend of Yorgen Fenech for several years before 2017, chose to set up a three-way WhatsApp chat that week of the arrest. Anyone knowing or having reason to suspect Yorgen Fenech’s involvement in the murder would have been extremely nervous when the Degiorgios and Muscat were arrested. They would want to allay those nerves by keeping a close watch on Yorgen Fenech’s mood. While Yorgen Fenech was sending them inane messages of his latest escapade in the kitchen or in the bedroom, Joseph Muscat and Keith Schembri would have known Yorgen Fenech was calm.

When Yorgen Fenech was pleading to Keith Schembri “don’t leave me alone”, it was another matter. Joseph Muscat and Keith Schembri were having late-night conversations on the phone about it.

This is all very damning.

The police could not say for sure yesterday who sent Yorgen Fenech a copy of the presidential proclamation giving immunity to Melvin Theuma in those hours when thousands of people were protesting every day and the nation stood in collective shock watching Joseph Muscat’s entire edifice collapse like the tower of Barad-Dur.

Allow me to wonder aloud how the evidence collected from Yorgen Fenech’s phone does not show how that image got into it. But even without forensic evidence that would identify some government official pissing on the Official Secrets Act and asking for prison time, the possible list of suspects cannot be very long.

How many people could have possibly seen this in the hours when it had just been drawn up when Yorgen Fenech had a copy? Allow me to presume the president of Malta and the attorney general did not leak it. The police chief, Lawrence Cutajar, appeared to be more concerned for the welfare of Melvin Theuma than Yorgen Fenech’s which takes him several steps down in the list of suspects. Silvio Valletta was out of the scene. The police inspectors have proven to everyone’s satisfaction they are determined to ensure Yorgen Fenech is convicted so they would not have helped him when they were getting ready to arrest him.

Which leaves Joseph Muscat and Keith Schembri. The bloody bastards.

The copy of the immunity proclamation was not the only sensitive piece of information a person suspected of masterminding the conspiracy to commit murder should never have been in possession of. And yet the police found on Yorgen’s phone photos of the people charged with the murder and other hardcore criminals with indications of their special criminal skills like characters in a heist movie.

Someone gave Yorgen Fenech this information. And Joseph Muscat and Keith Schembri, though in criminal terms must be presumed innocent until proven otherwise, in political terms continue to face mounting evidence that points to their unacceptable association with Yorgen Fenech.

They are still heroes of the Labour Party. Robert Abela and his party still continue to refuse to distance themselves from Joseph Muscat. They tell us the country must turn the page on the murder of Daphne Caruana Galizia and yet they still refuse to read the page they want turning.